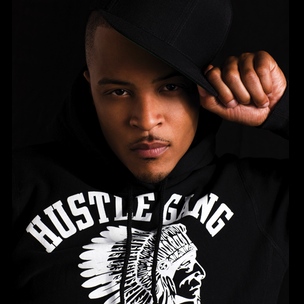 T.I. Explains Why "Addresses" Went Nameless, Comparing Himself To Tupac

There’s hardly anything worse than being told that you’re incapable of doing something that you were built to do. After 11 years in the industry, T.I. is sick of having to prove himself to those who doubt his abilities and others who refuse to accept that he can talk about the trap just as instinctively now as he did in the very beginning. With the recent release of his eighth studio LP, Trouble Man: Heavy Is the Head, the Atlanta emcee thumbed his nose at the non-believers. He tapped into the roots of what set his entire career in motion while daring any rapper from the younger generation to try and one-up his offering of hood with a sprinkle of Hollywood shine. Tip isn’t here to prove a point. His ability to remain relevant is intact- even in an industry overrun with young’uns cut from his blueprint- his very presence is the point.

HipHopDX had a chance to talk with T.I. recently about his stance on “Trap music,” his similarities to Tupac and why he didn’t end careers with “Addresses.”

T.I. Reflects On Trap Music A Decade After Trap Muzik

HipHopDX: How do you have the ability to tap into Trap culture while being years and millions of dollars away from “the trap”? What do you say to people who say you use “the trap” as a content crutch?

While you stand in that position, you have the authority and the justification to speak on cancer for the rest of your life, even though you don’t still have it! Because you’ve gone through these necessary steps, you’ve gone through the pain, you’ve risked your life… I mean you’ve done everything that a cancer patient has done and now through the grace of God and your resilience. You now stand and have the pleasure to say that you don’t have it no more but you can speak for all the other cancer patients and provide hope and be the example for the other cancer patients and say, ‘You can beat this cancer and you can find a way to move on.’ That’s how I feel about the “trap culture.”

DX: When you do those tracks it sounds natural though, like you’re the same Tip that did them 11 years ago.

T.I.: That’s because it’s in me. See, a lot of these cats… They’re doing this music because I made it possible. A lot of these cats… When I first came out, it was Outkast, Goodie Mob and Lil Jon. You were either Crunk or southernplayalistic, ATLien, kinda Hip Hop spiritual, ghetto gospel, ya nahmean? Before I came out, that was everything Atlanta had to offer. When I came out, I created an entirely different culture for everyone to ride to. It was a different policy for people to adopt. That’s what I did. If it wasn’t for me? These cats would still be tryna sound like Outkast and Lil Jon right now.

T.I. Speaks On Disses That Ended Careers & Why “Addresses” Was Different

DX: When you debuted, you were literally the only one sounding like that. You had some career-ending verses too…

T.I.: Yeah. I still got those… I still got ‘em. I could end some careers now if I wanted to. I just don’t want to man.

DX: People remember what you did to Lil Flip when you guys had your rift. It was lethal. You haven’t outright said who you were going at on “Addresses,” but the streets have come to their own conclusions. What do you have to say to people who expected a career-ending verse on “Addresses”?

T.I.: Nah, nah man… Because the punishment must fit the crime, you know? Ultimately, I don’t want to over punish anyone for anything. At the end of the day, deep down in my heart, like I told you – my first intention is to make sure that the city is properly represented. Really I ain’t tryna kill no careers on that record. Really what I’m tryna do is enlighten and open the eyes of those who need to see it the most. Like, dog… You trippin’ homes. And for real? You don’t fuck around and get erased out here man. You gon’ be a memory nigga. A distant memory.

For me, you gon’ have to accept that, whether you like it or not nigga, I opened the doors and paved the way for you to do this shit right now, you know? While you was running around, figuring out if you wanted to rap nigga, you was listening to me! I don’t give a fuck what you say, nigga, you understand? So for you to behave any other way besides respectful is… That shit is blasphemous!

So that’s my intention on [“Addresses”], it wasn’t to end no career. If that’s what I wanted to do I could do it, you know? I know how to do it. I could put a real full strategy together and I could get it done. They doing all the work for me. It ain’t gon’ take little to nothing and that shit’ll be done effortlessly.

DX: In a recent interview, you made it clear that no one has taken your spot while on hiatus because you “offer something different to the game,” but were you ever worried that someone would?

T.I.: Nah, I was more worried that my city wasn’t getting proper representation in my absence. I was watching the award shows [in prison]. Those were a big deal, so when the BET Hip Hop Awards or the [MTV] VMAs came on it was a big deal in the TV room. Niggas would be sitting around watching these shows and there was one where there was nobody but… Like, every performance was [Lil Wayne], Drake and Rick Ross. It seemed like every performance was one of those three, and niggas was looking like, “Damn, where you at Tip?” I’m like, “Shit, I’m in here nigga. What you want me to do?” [Laughs]

At that very moment, I kinda dedicated myself to coming home and putting my city in a better position. Right now, I feel like we have put ourselves in a better position with the addition of Future and 2 Chainz to the A-Town roster. With me and [Young Jeezy] being back in position, it feels more like the Atlanta that we all grew to love. That was my main intention. That was high on my priority list when I was coming home to make sure that I put the city back into the position of prominence and assisted whoever I could to put the city back in prominence. That was a huge reason why I just came home and hopped on whatever I could. To give the city those bonafide smashes that we were known for presenting to the world.

DX: On Trouble Man’s intro track you say that “real niggas say I kick it the same way ‘Pac did it.” Outside of legal issues, what do you believe you and Tupac have in common?

T.I.: Well. Respect from gangstas and [being] adored by females… [Laughs] The ability to have a street credibility with a high level of intellect. The ability to speak for those in poverty-stricken areas who don’t have the mouthpiece to speak for themselves. The diverse mixture of association with dope boys, trappers and politicians all the same. The celebrity presence that stretches from the lowest of celebrity to the highest. And I guess our love and intention to reach out to all from an philanthropic standpoint, just being willing to dedicate ourselves and offer ourselves and invest our time, effort and energy into the undiscerned areas of the community because we come from these undiscerned areas of the community. Just having that love and respect for the have-nots enough to dedicate ourselves to it.

DX: What was the hardest thing about putting Trouble Man together?

T.I.: I think the hardest thing about [Trouble Man] was picking the single out of all the other records that I had. Out of all the ones I did it was hard to find what people wanted to hear from T.I. and what T.I. wanted to do musically. To have those things aligned, it was kind of difficult.

DX: Right. It has to be harder now. You’re not the same Tip you were when I’m Serious or Trap Muzik came out. Especially with VH1’s Family Hustle on air…

DX: Does that break your heart?

T.I.: Does it break my heart? Hell nah. It don’t break my heart because I know I got so many other records and so many… If those were the only records I had? And I didn’t have nothing else to go to? Shit, if I was born with my right and ain’t have no left, yeah, it would’ve broke my heart. But I got a left. A strong one. Then I got a left, a knee, some elbows so I could, yannahmean? [Laughs] So it don’t break my heart, I just go to the next one. I just don’t like to waste time like, if a record comes out and starts to do well and then stalls? I don’t like that because it wastes time. If I drop a record and it’s an immediate, “Nah, we don’t like that,” then it’s “Aiight. Cool. I’ll drop another one tomorrow.”