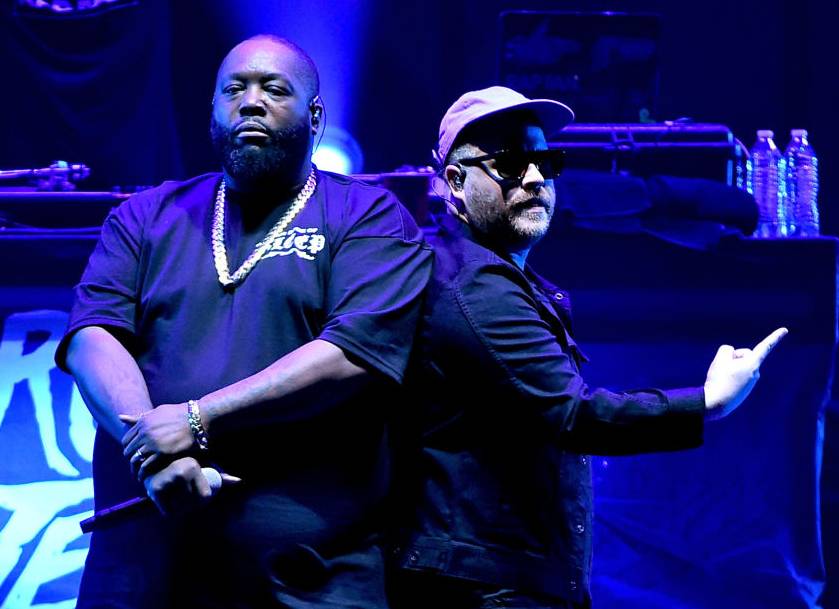 It’s been over three years since Killer Mike and El-P blessed rap fans with the brilliant, politically charged and aggressive uppercut-to-the-mouth music that embodies Run The Jewels. Now, the Hip Hop mainstays are back to provide a much-needed jolt to the rap game.

And it couldn’t be a better time for their latest LP, Run The Jewels 4. With the nation in turmoil, who better to swim through the bullshit and hold authority figures accountable than the fuckboy murderers themselves. Mike and El-P haven’t gotten a chance to rip the injustices of the world on the mic since 2016. Their rise to prominence came in a much different time: the Obama administration. The only album to drop during Donald Trump’s regime was Run The Jewels 3, and even then, it didn’t release until (December 25), meaning most of the songs were recorded before Trump took office.

While having a capitalist, reality TV caricature for a president has been detrimental to America, for Mike and El-P, it’s fuel to elevate their legend status. No, we don’t know what the duo has in store for listeners on RTJ 4 but the latest singles provide some clues.

A Run The Jewels record always features some tracks that rail against societal injustices and class marginalization, but it’s telling the first single released in anticipation of the project is the wall punching, percussion pounding “Yankee And The Brave (ep.4).”

The majority of the track is spent with El Producto and the Outkast affiliate spitting like woke outlaws on the run but diverts briefly for El to deliver a scathing critique on the divide of classism and the consequences of electing a — money over everything —  excuse for a leader.

“Scandal bliss when you puttin’ villains in charge of shit/All of us targeted, all we doin’ is arguin’/Part of them isn’t workin’ ’till every pockets been picked and sold and harvested.” Even though it’s one small glimpse, it shows the translucent failures of the system haven’t been lost on them. RTJ has a chance to not only call out the powers that be but also make an album that encapsulates the unrest of our country.

But even if this record doesn’t get as political as expected, there are other signs this could measure up to Run The Jewels 2 and maybe even surpass it. In an interview with Apple Music’s Zane Lowe, El-P talked about the other single that recently dropped “Ooh LA LA” featuring the one and only DJ Premier and Peach State legend Greg Nice.

El kept it real with Lowe, saying this was the first time he and Mike could afford to clear a sample (“Dwyck” by Gang Starr), meaning this record may have the financial backing to allow Mike and El-P to realize their creative aspirations.

There’s always the fear a bigger budget will lead to a watered-down project that comes out too sheen and polished, devoid of its authentic edge. But those fears shouldn’t apply to real OGs like El-P and Mike, two men who didn’t become revered by selling out. If anything, it will allow them to create their dream record. Because this is the most amount of time RTJ has had to make an album as a fully formed powerhouse.

In a time where there’s an extreme emphasis on steadily dropping material and staying in the public eye, a group like RTJ doesn’t need to keep up with this demand; they’ve earned enough respect to let it marinate. Although the coronavirus pandemic has already affected their tour with Rage Against The Machine, and likely thrown off their album’s release date, the prospects for RTJ 4 still look bright.

RTJ 1 felt like an epic one-off, a skull-cracking, hard as hell breath of fresh air in Hip Hop at the time, while RTJ 2 increased the ambition and sharpened the chemistry between the two. By RTJ 3, the chemistry hit its apex, with Mike and El-P becoming more comfortable honing their content and concepts.

In theory, with the quality of the singles, the time to flesh out all the kinks, a bigger budget and plenty of political discourse to draw material from, RTJ 4 has all the fixings to not just contend for HipHopDX’s Album of the Year, but also could give the ATLien and New York felon the coveted second classic album.

As hardcore Hip Hop enjoys a recent renaissance, Mike and El-P, two early leaders of the revival, seem poised to deliver the record to cement their legacy.