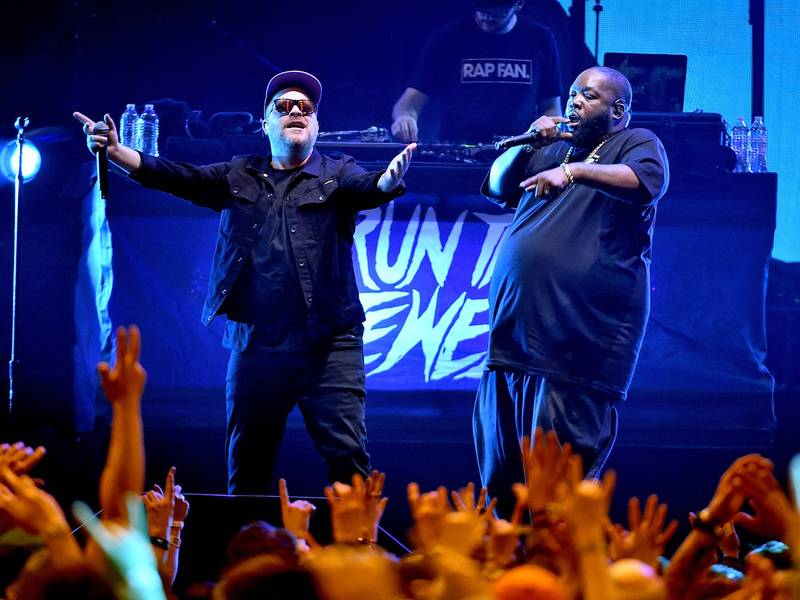 Run The Jewels Join Rage Against The Machine's Reunion Tour

Run The Jewels are hitting the road again, this time with Rage Against The Machine.

El-P and Killer Mike have announced their inclusion in RATM’s upcoming reunion shows, which are scheduled to begin in El Paso, Texas on March 26. The two are joining the reunited band’s Public Service Announcement Tour after performing at the BUKU Music + Art Project in New Orleans on March 21.

On sale Thursday, February 13 from 11am local at runthejewels.com. Poster by @VirgilAbloh.

The duo’s latest run of concerts will be in support of their highly-anticipated Run The Jewels 4 album, which is due out in the spring. An official release date for the LP is coming soon.

Tickets for Rage and RTJ’s shows go on sale on Thursday (February 13) at 11 a.m. local time.

Check out all of the El-P and Mike’s tour dates below.