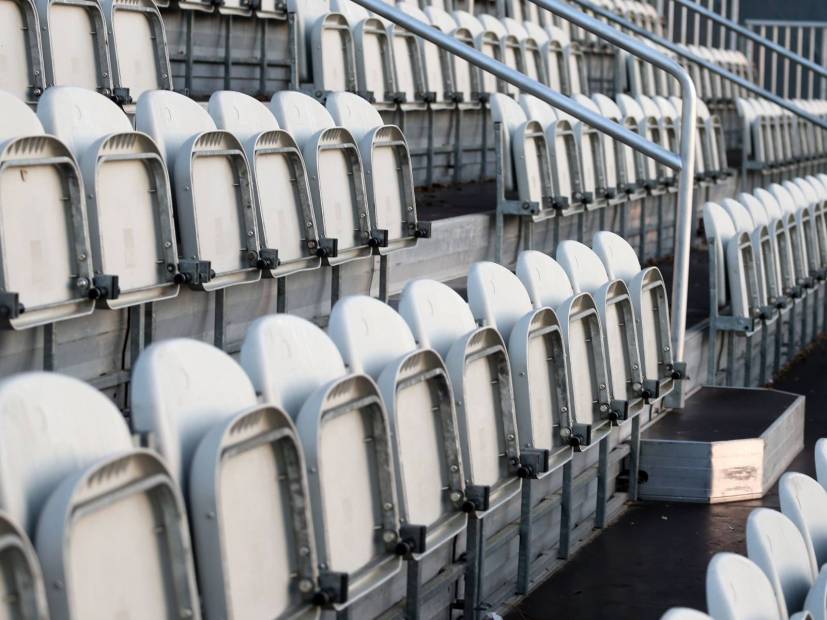 The coronavirus pandemic is currently sweeping the globe, igniting a seemingly unstoppable wave of fear, panic and uncertainty. According to the Center For Disease Control, over 6,500 people worldwide have succumbed to the disease, with at least 69 of those deaths occurring in the United States.

Amid the universal chaos, we’re witnessing the biggest shutdown the entertainment industry has even seen.

With every canceled concert or festival, another crippling blow is dealt to artists, promoters, stage hands, sound technicians, roadies and anyone else who depends on those events happening to survive.

It all seemed to snowball at the top of the month when the annual SXSW festival was canceled for the first time in 34 years. Shortly after the Beastie Boys, Ozzy Osbourne and Nine Inch Nails frontman Trent Reznor pulled out of the festival, the organizers announced an official confirmation.

“We are devastated to share this news with you,” a statement read. “The show must go on’ is in our DNA, and this is the first time in 34 years that the March event will not take place. We are now working through the ramifications of this unprecedented situation.”

An Update on SXSW 2020. Please follow the link in our bio to read our full statement.

It continued, “We understand the gravity of the situation for all the creatives who utilize SXSW to accelerate their careers; for the global businesses; and for Austin and the hundreds of small businesses – venues, theaters, vendors, production companies, service industry staff, and other partners that rely so heavily on the increased business that SXSW attracts.”

Only four days after SXSW’s announcement, Coachella Valley Arts & Music Festival moved the annual event from April to October, while Live Nation Entertainment and AEG — two of the largest booking companies in the world — postponed all upcoming North American tours through at least the end of the month, which include Billie Eilish, Cher, Kiss, Post Malone, TOOL, Morrissey, Thundercat and Third Eye Blind.

“At this time, we collectively recommend large scale events through the end of March be postponed,” Live Nation said in a statement. “We continue to support that small scale events follow guidance set by their local government officials. We feel fortunate to have the flexibility to reschedule concerts, festivals, and live events as needed, and look forward to connecting fans with all their favorite artists and live entertainment soon.”

As if that wasn’t enough, J. Cole’s Dreamville Festival was rescheduled last week and the Homegrown Music Festival was canceled on Sunday (March 15), not long after the CDC recommended no gatherings with 50 people or more, including weddings, festivals, parades, concerts, sporting events or conferences.

And that’s just the tip of the iceberg.

The bright lights of the Las Vegas Strip got a lot dimmer after Wynn Resorts and MGM Resorts International shut down their casinos. As reported by the Wall Street Journal, Wynn Resorts will close its casinos for two weeks starting Tuesday (March 18) and MGM will close its eight resorts, which include Bellagio and Mirage, “until further notice.”

The National Basketball Association suspended its 2020 season. The National Collegiate Athletic Association put a stop to March Madness. DJ Khaled’s annual cruise was canceled. The Major Soccer League suspended its 2020 season for at least 30 days. Universal Studios shut down. The Tribeca Film Festival has been postponed. Diddy halted any further Making The Band auditions. All Broadway performances have been postponed.

Movie companies are also taking precaution, moving back several film release dates. As The Guardian reports, there are widespread movie theater closures around the world, combined with endless release and event postponements or cancellations. It’s estimated to cost the industry more than $20 billion.

And despite Waka Flocka Flame’s inane assertion that minorities are immune from COVID-19, nobody is safe. In addition to actor Tom Hanks, his wife Rita Wilson, Utah Jazz Players Rudy Gobert and Donovan Mitchell — who are both black — Universal Music chairman Lucian Grainge also tested positive for the virus and is currently hospitalized at UCLA Medical Center.

There’s a sense it’s going to get a lot worse before it gets better, but we can do our part to help.

For those who are watching their favorite artists — really, the smaller, independent artists — suffer the devastating financial impact of the coronavirus, download their albums, join them during Instagram Live sessions, hit up their Patreon accounts, watch their YouTube videos but above all, stay vigilant about hygiene and “social distancing.”

We’re in this together.