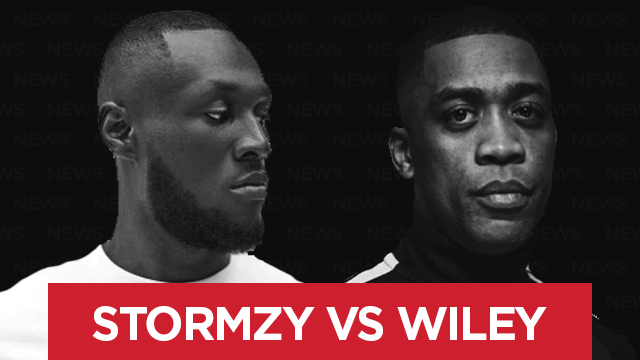 The UK grime scene has roared into 2020 with a seismic beef between two of the genre’s most beloved torchbearers.

In a clash of the old, embittered guard versus the high-flying new school, it seems that veteran and so-called “godfather of grime”, Wiley, is unwilling to pass on the baton to the hit-making heir apparent, Stormzy.

But while this beef has escalated rapidly, leading to a flurry of four diss tracks released this week, the two grime MCs weren’t always at each other’s throats.

HipHopDX examines just what triggered this exchange, and how it’s unfolded so far.

Stormzy, who sees himself as the undisputed king of the youth – embodied by the title of his December album Heavy Is The Head – has enjoyed a rapid rise to stardom.

Bursting into the limelight via a viral YouTube performance of “Shut Up”, a freestyle over a classic grime instrumental, XTC’s “Functions on the Low,” he’s become a mainstream sensation, amassing an international following, receiving numerous awards, and enjoying various international collaborations.

One collaboration in particular, however, rubbed Wiley the wrong way.

Back in September last year, Stormzy teamed up with Ed Sheeran for “Take Me Back To London” – a song which could’ve featured Jay-Z if Stormzy hadn’t rejected his verse. On the UK chart-topping original, as well as the remix featuring an upcoming artist called Jaykae, Sheeran melodically raps, “It’s that time, Big Mike and Teddy are on grime.”

Wiley took offense, slamming Sheeran as a culture vulture. He also took the opportunity to call out Drake for poaching the UK sound, as well as his affiliation with Boy Better Know, saying, “Suck ya mum don’t come back to England.”

After defending his work with Sheeran, Stormzy dropped a response to the “Wearing My Rolex” star that seemed more like a tribute than a diss. The banger opens with an interview snippet of Wiley, 40, saying, “Bruv, I didn’t look at it this way before, but as I approach my birthday, all you man are my youngers.”

Stormzy’s rips into the first line saying, “If you can’t do 10K first week then I don’t wanna hear no chat about numbers.” Later, however, he refers to hitting “you niggas with the Wiley Flow.” In the caption for the song shared on Instagram, both rappers harbor no ill feelings, showing mutual love and respect. Wiley said, “My brudda 4 life @stormzy,” to which Stormzy replied, “Always love and respect legend #homage.”

With the beef seemingly dead and buried, an underground MC called Dot Rotten (better known now as producer Zeph Ellis) “sent” for another upcoming artist called Jay1 in late November. “Sending” is a grime term referring back to a time when the genre’s biggest MCs used to drop weekly disses at each other. Dot delivered sends to virtually the entire grime game without response, until Wiley stepped in.

Jaykae, the rapper featured on Sheeran and Stormzy’s hit single, then sent for Wiley. Asked by a fan whether he’d respond to Jaykae, Wiley declined, saying he’s “with Ed and Stormzy now.” After a Twitter back-and-forth, videos that took shots at Jigga, and claims that Stormzy’s pop status is manufactured, Wiley dropped “Eediyat Skengman 1” on January 5.

Perhaps directly responding to Stormzy’s mainstream success and “Wiley Flow” simultaneously, he says “We don’t care ‘bout your numbers.” He also paints Stormzy as having profited from what he built, saying, “You never cared about grime you just used it/ You’re worse than Ed with your watered-down music.”

On January 6, Stormzy fired back with a scathing diss called “Disappointed.” Unlike Wiley’s more playful, off-the-wall lyrics, Stormzy goes straight for the jugular, calling Wiley a clout-chasing, washed up crackhead.

He also mentions how he confronted the “godfather of grime’s” younger brother and actual father at a concert. “I came to your show and moved to your brother in front of your dad/Your old man just stood there pissed, I said pops, ‘why you look so sad?'”

Coming across as an authority figure dishing out a severe scolding, Stormzy says, “About suck your mum, I soon bust your lip/We don’t say them things, ay look, cut the shit.” He also responds to Wiley’s JAY-Z critique, saying, “Don’t mention J ‘cause you ain’t no Jigga.”

Speaking on the generational difference while affirming his status, he raps, “Disrespect, we don’t tek this/The old man’s got a death wish/Old man, you’ll regret this/Alright, challenge accepted.” He doubles down on his claim to the new grime wave throne, saying, “True say, I’m the one who brought grime back” – a statement some fans lamented, because of him spitting over a UK drill beat.

It didn’t take long for Wiley to “send” again. On January 7 “Eediyat Skengman 2” arrived, taking the attack a little closer to home. Immediately embroiling Stormzy’s mother in the matter, he begins, “Ask your mum where she knows me from.” Things ratchet up to more violent proportions, as Wiley later sends out a direct threat, saying, “If I see your mum round Croydon market I’m gonna rip that weave off her head.”

Once again, Wiley looks to emphasize his place as one of the gatekeepers of grime, while taking a personal swipe at Stormzy’s family history. He says, “I’ve done more for you than your dad has,” referring to Stormzy’s absent father growing up. He also responds to Stormzy’s jab at his own dad, saying, “You didn’t chief my dad so don’t backtrack.”

On January 8, Wiley dropped the visuals for the second Stormzy diss.

Stormzy’s response, titled “Still Disappointed,” left fans anything less than. Once again trending on YouTube, as all the other tracks so far in the beef, the ominous-sounding grime instrumental from Kano’s “Mic Check 1 2” serves the perfect backdrop for more family-focused venom.

“Alright, one more dub, then it’s back to business (Yeah)/I’m a real G and your dad’s a witness (Yeah),” Stormzy opens. He then reveals how Wiley’s mother moved to Cyprus, because the rapper “put her life in danger.”

He raps, “Oi Wiley, you shoulda been the one to guide us/But since you wanna diss my mum so much/Let’s talk about why you moved your mum to Cyprus.”

Continuing to lay into Wiley’s mother, he says, “Got mumzy banged up abroad (Abroad)/All because her son was a fraud (Was a fraud)/Can’t handle this, so she handles dick like I handle the war (Like I Handle the war)/Whore (Whore).”

Stormzy also responds to Wiley’s threat of violence towards his own mother, while subverting the nature of grime in a move that uses Wiley’s approach against him. “Ripping the weave off my mum’s head/Okay, well, that’s a lie. What, we telling facts or jokes? (Or jokes)/Ah shit, I forgot, this is grime.”