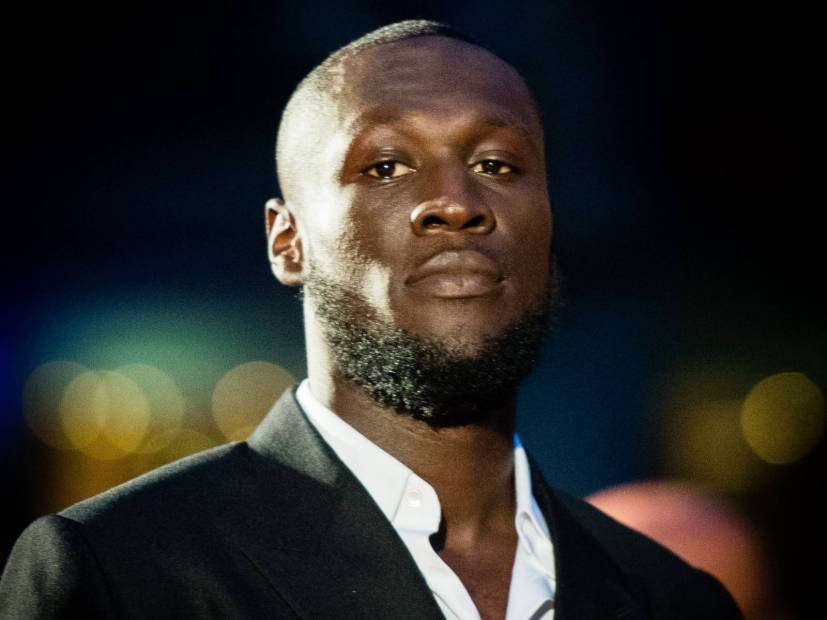 U.K. grime rapper Stormzy recently sat down for an interview with ITV’s Jonathon Ross Show where the topic of JAY-Z came up.

Although the full episode hasn’t aired yet, the BBC reports Stormzy revealed he once rejected a verse from his “number one hero inspiration” because he felt it wasn’t the right fit for Stormzy’s collaboration with Ed Sheeran, “Take Me Back To London.”

He explained adding Hov’s verse completely altered the song — and apparently not to his liking.

“Before that I loved ‘Take Me Back To London’ because I thought it was just going to be me and Ed,” he said, “Then Ed was like, ‘Jay is getting on it.’ We got into the studio and we were writing for this song and then he just stops the music and he said, ‘Tell me about London, I need some inspiration.'”

From there, Stormzy said they had a “powerful, beautiful” conversation, “talking about everything from black culture, community [to] music, his journey, my journey.”

“It was the greatest conversation of my life,” he continued. “At the end he’s smiling, we were probably talking for an hour and he goes, ‘So what do you think of the song?’ I was like, ‘I love this song but you being on the song changes everything. If you didn’t ask me this, I would have just written my verse and we would have done it and I would have never questioned it, but now that you’ve asked me, no.'”

He added, “I was like, ‘I know how it goes, Mr Z. You are the most brilliant, busy man and I will probably never get this opportunity ever again but hand on my heart, I don’t think this is the right song for us. I don’t know why I’m saying this to you but this is not the song.'”

Toward the end, Stormzy admitted it was a terribly tough decision.

“I felt proper bad because I was like, ‘You’re saying no to JAY-Z!'” he said. “JAY-Z was super proud and super shocked and taken aback by the fact that this kid told him.”

However, he said the Roc Nation mogul “fully understood.”

“Take Me Back To London” appears on Sheeran’s No. 6 Collaborations project. The two teamed up for another collaboration called “Own It” featuring Burna Boy earlier this month.

The ITV episode featuring Stormzy is expected to air on Saturday (November 30).