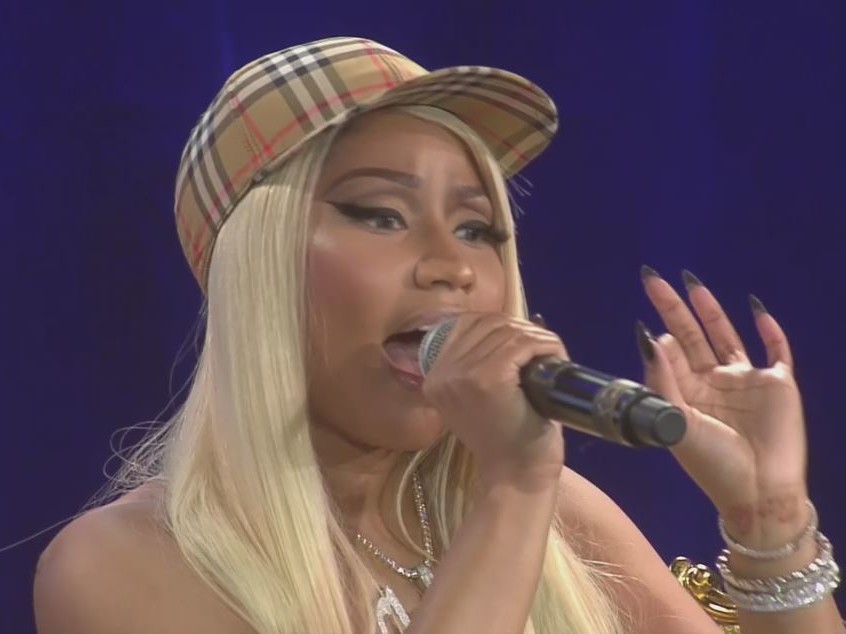 Nicki Minaj sat down with Elliott Wilson for a CRWN conversation about her LP Queen last night in New York City, exclusively live-streamed on TIDAL. Dressed down in Burberry threads, it’s the first interview between Wilson and Minaj in four years.

After turning up with the Barbz ahead of the sit-down, Nicki opened up to Elliott about everything from the process of creating Queen to her public disputes with Remy Ma and Cardi B.

Here are five things we learned about Nicki Minaj from her CRWN interview with Elliott Wilson.

She Says There’s An Agenda To End Her Career

For a while, Nicki Minaj had zero competition as far as women rappers go and she was winning a majority of the awards she was nominated for. However, for the past few years, there’s been a surge of contemporary women rappers who some believe will take Nicki’s top spot, such as Cardi B. Though she doesn’t believe the comparisons of someone like herself, who has been in the music business as long as she has, shouldn’t be compared to someone who is just getting started, she also believes the labels are trying to dead her reign.

“There’s been a calculated push by people in the industry to end my career in the past year and a half,” she told Wilson. “You can’t get rid of me, bitch.”

Sometimes greatness takes time. While it only took 15 minutes to record, Nicki doesn’t like her verse on the Swae Lee-featured “Chun Swae” verse and seriously wants a redo. But the Barbz isn’t having it.

“Am I gonna get your blessings, y’all, to update the verses on ‘Chun Swae,’” she asked her fans, who grumbled unapprovingly.

Nicki Minaj has a few things to get off her chest about her ex.

The same day as her sit-down conversation with Wilson, Nicki engaged in a war of words with her ex Safaree Samuels. Her relationship with Samuels was mostly kept private, and during the interview, she admits that people thought he was her gay best friend. After dating Meek Mill publicly and the drama surrounding their entire relationship, she vows to keep her next relationship under wraps.

When Remy Ma‘s name was brought up, Nicki just pointed her mic to the Barbz and let them spit the lines from her verse on Gucci Mane’s “Make Love,” which explain why she doesn’t consider her rap beef with Remy Ma to be beef at all.

“You see, silly rabbit, to be the queen of rap / You gotta sell records, you gotta get plaques,” she rapped in unison with her fans.

Future Friendship Is For Real

Nicki and Future are slated to embark on their NICKIHNDRXX Tour and she says her decision was not only based on the fact Future has hits on top of hits, but that they share a real, genuine friendship as well.

The full Nicki Minaj CRWN interview with Elliot Wilson will be available exclusively on TIDAL soon.