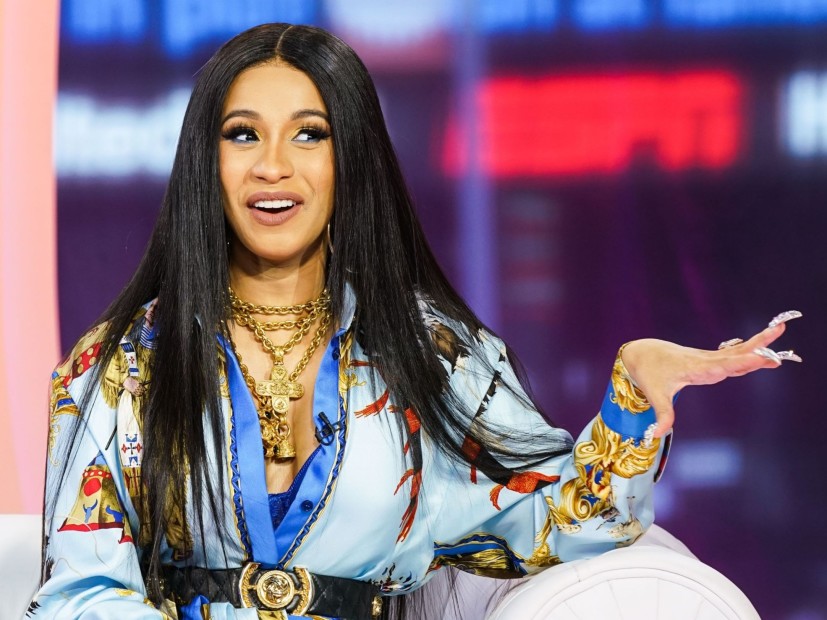 Cardi B Schools Hater Who Accused Atlantic Of Buying Her Success

Cardi B doesn’t seem to have the patience for her detractors. Shortly after giving birth to her daughter Kulture, the platinum-selling, record-smashing rap rap star is taking some much needed time off. But, when someone on social media accused Atlantic Records of buying her career, she decided to shine some light on the industry.

“When I first sign to Atlantic i was convinces i was going to blow up quickly,” she wrote on Twitter. “I put out LICK and i didn’t get the results i wanted. I was going to Atlantic with a tantrum like why my song not getting AirPlay? why my record not doing good? And they couldn’t help and told me if the song not it it ain’t it.

“I was discourage ass fuck! Im thankful for Bodak yellow cause it had people and even the label believe in me YOU CANT NOT BUY THE GENERAL PUBLIC NO MACHINE NO MONEY CANT BUY THAT!”

#cardib responds to a fan who claims her label bought her career.

As Cardi continued her Twitter rant, she confessed she’s had it with people belittling her success.

“Having stadiums sing out your shit YOU CANT BUT THAT! Having artist listening to our music and supporting you can’t buy that! A NUMBER ONE YOU CANT BUY THAT!! If it was that easy why cant they buy everybody on the label one? YOU CANT BUY THE PEOPLE. That a fucking fact!

“I’m sick and tired of people trying to discredit me. I will not let nobody try to play me or make me feel like i didn’t EARN MY FUCKIN SUCCESS. YOU Can’t buy what you seeing on this post and that’s a FACT!”

Cardi was expected to co-headline Bruno Mars’ 24k Gold Tour this fall but had to bow out following her daughter’s birth. Ciara, Boys II Men, Ella Mai and The Gap Band’s Charlie Wilson are scheduled to take her place. [apple_news_ad type=”any”]