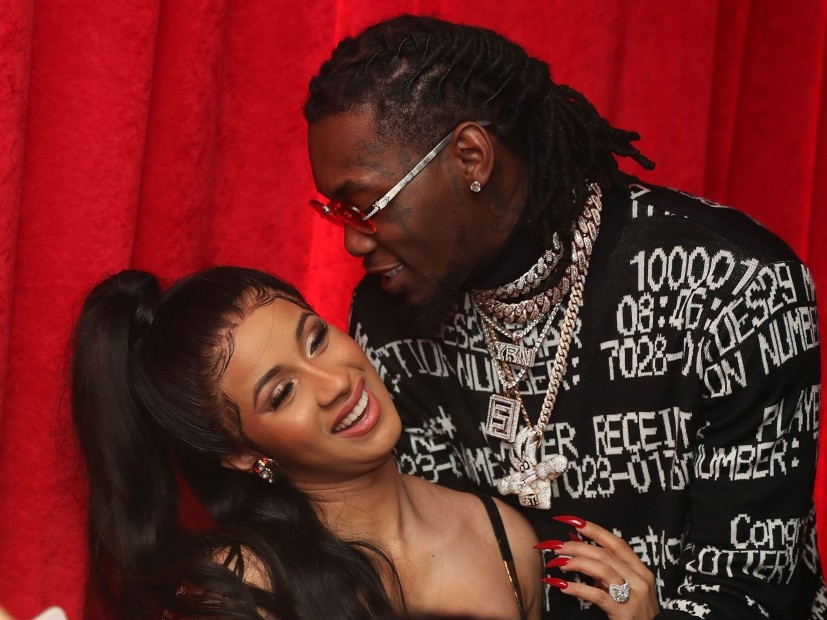 Cardi B and Offset have welcomed a baby girl into the world. The Bronx rap phenom delivered the baby on Tuesday (July 10) and made the announcement on Instagram on Wednesday.

Although Cardi initially tried to keep her pregnancy a secret, she wasn’t able to stop the rumors from circulating. She finally put the chatter to a rest when revealed a full belly during her debut performance on Saturday Night Live in April.

From there, Cardi performed at Coachella at seven months pregnant but eventually had to take a step back from live shows as she neared the end of her last trimester.

Cardi and the Migos rapper secretly got married last September.

“There are so many moments that I share with the world and then there are moments that I want to keep for myself!” she explained on Twitter in June. “Getting married was one of those moments!

“Our relationship was so new breaking up and making up and we had a lot of growing up to do but we was so in love we didn’t want to lose each other, was one morning in September we woke up and decided to get married.”