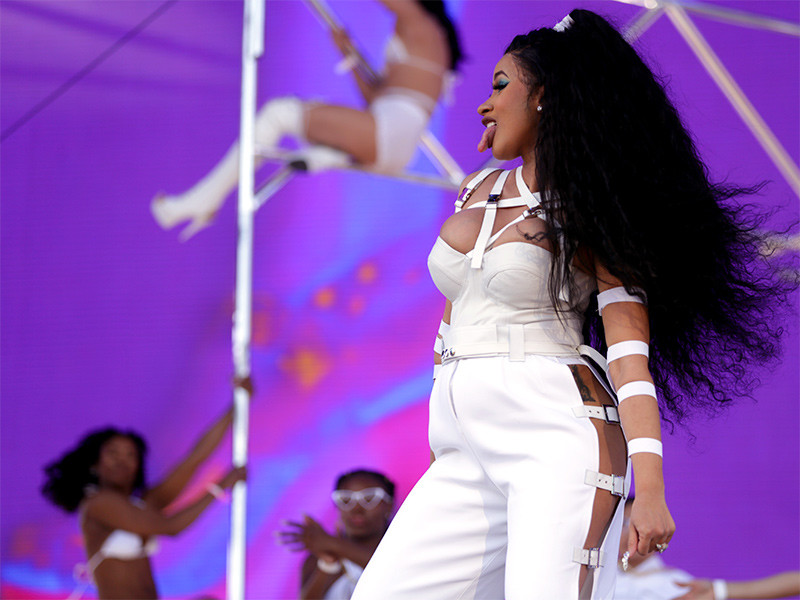 Cardi B Cancels Concerts Over Pregnancy

Following back-to-back weekend performances at Coachella, Cardi B has chosen to cancel all shows after Broccoli Fest, which will take place this Saturday (April 28) in Washington D.C.

Cardi shared that her baby is continuing to get bigger and flat out stated that “a bitch really can’t breathe.”

“Broccoli Fest will be my last performance for a little while and everything,” Cardi said in a video uploaded to Instagram on Wednesday (April 25). “Because shorty keep growing. And it’s just like I be looking like I’m moving and everything, but in reality a bitch really can’t breathe. And I wanna thank y’all for understanding.”

Hey guys after Broccoli fest I won’t be doing no more performances .Thank you for understanding ?love yaaa

But that doesn’t mean she won’t be hard at work. She later tweeted that she’ll be working on new music.

Okay so i might be off from doing performances for a couple of months but in the meantime imma be working my ass off .So many songs, features to do .Working on a lot of deals i sign up for and most importantly nesting .I️m already overwhelmed from the new work?

Cardi also confirmed she’ll be back in time for the September 7 kickoff for Bruno Mars’ 24K Magic World Tour.

“I’ll be back for the Bruno Mars tour and everything … Broccoli Fest will be my last performance. And thank you very much. I fuckin’ love y’all muthafuckas,” she said.

In regards to upcoming performances, Cardi was scheduled to appear at the JMBLYA music festival in Texas next weekend.