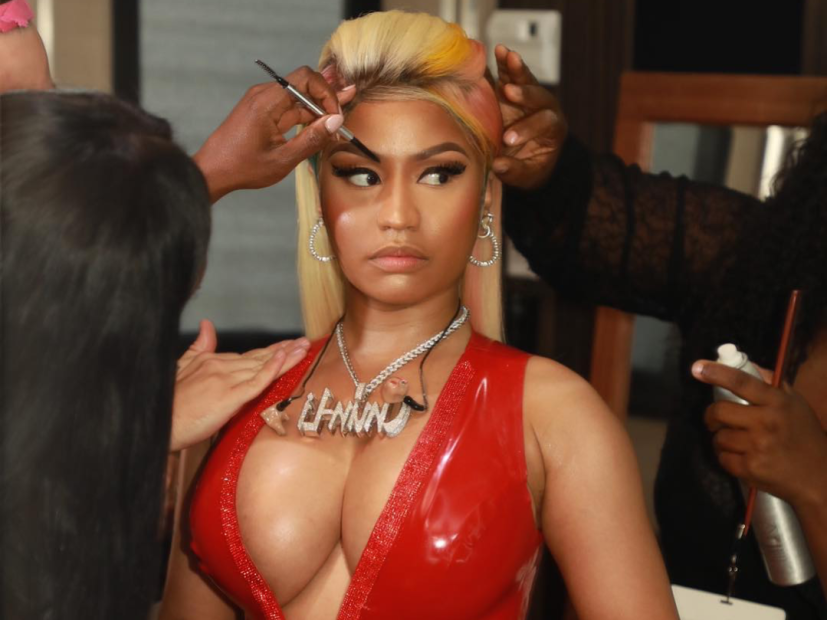 The project features guest appearances from Eminem, Lil Wayne, Future, Swae Lee and even Foxy Brown, which, audiences can read into the reasoning behind that collaboration.

Stream the 19-track project down below and don’t hold back your opinions in the comment section.

[This post has been updated. The following was originally published on August 1, 2018.]

UPDATE: Nicki Minaj announced the delay of her Queen album in a since-deleted note shared alongside her new Apple Music playlist. The LP is now scheduled to drop on August 17, though iTunes still lists its release date as August 10.

Read her note below.

My darlings!!! I have a huge surprise that I can’t share until the day before #Queen drops. So in the meantime, check out this playlist I made for you guys. I did #FEFE with my new BFF from BROOKLYN. He’s a little funny looking but he’s really sweet under all those tats. ? New York til da DEF!!!! Ha! Last time I teamed up with YG was for his remix to “My Hitta.” We recently performed #BigBank at the BET Awards and had a blast wit my dudes Big Sean and 2 Chainz. I have classic bops with all 3 of them so I’m including them on this list. I’m super excited about my recent collaboration with Ariana Grande. She’s one of the realest artists I’ve had the pleasure of working with. She couldn’t fly with me to Turks to shoot the #BedVideo so we shot her scenes in Malibu. We’re actually working on edit number 2 for the #BedVideo to include all the fun stuff we had to remove. I love “Ball For Me” with Post Malone. Not sure why he won’t release the video. ? It’s DOPE!!! ? I hope you enjoy my playlist. Can’t wait for you guys to hear my 4th album QUEEN ON AUGUST 17!!!!!!!

On Tuesday (July 31), Nicki Minaj revealed she might have to push the August 10 release of her Queen album.

Minaj hopped on Twitter to explain that the album currently features a song with an uncleared Tracy Chapman sample on it. But since “1 of the greatest rappers of all time” also appears on the track (as well as some “mad tea”), Minaj doesn’t want to cut it from the project.

Minaj even attempted to reach out to Chapman on Twitter before posting a poll for her fans to vote on keeping the track or dropping it. “Tracy Chapman, can you please hit me,” the now-deleted tweet stated.

Since I may have asked it wrong. ?? vote. You guys can only imagine how much this means to me. It’s such a perfect body of work ?love you. Long time.

One of the Barbz even took matters into their own hands and reached out to Chapman personally.

Although it seems that Chapman’s social media accounts are run by fans of the singer/songwriter famous for “Fast Car” and “Give Me One Reason.”

Hi to everyone who has messaged and DM’d in the last few hours. Tracy Chapman Online is a fan community and is run by the fans. Although we can’t speak for the artist, feel free to browse the feed and ask any fan questions. ✌?

Minaj has released multiple singles and videos from the project already, including “Bed” with Ariana Grande and “Chun-Li” and “Rich Sex” with Lil Wayne. The album was originally announced for a June 15 release.