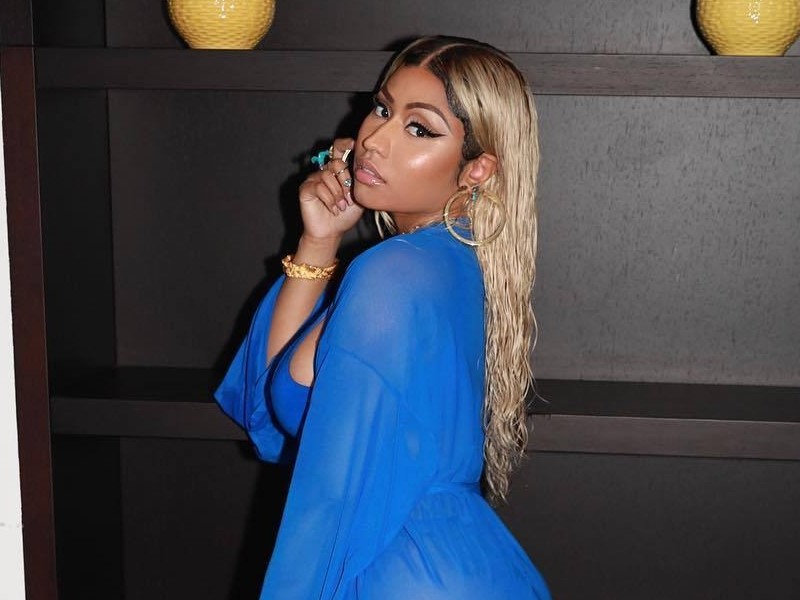 Nicki Minaj is featured on the cover of ELLE’s July issue, and the story has arrived online. In the interview, she delves into everything from her Queen album to ex-boyfriend Meek Mill’s legal battles.

While speaking about the upcoming LP, Black Barbie revealed the project will be notable for its boom bap beats as opposed to any trap production.

“It has to be 80s,” she said, recalling a conversation with her collaborator J. Reid. “It has to be boom bap. I don’t want to do no trap shit ’cause everybody’s doing that shit.”

Minaj believes it would’ve been too simple to make trap records for the album, which wouldn’t live up to the high bar she’s set for herself.

“I feel like true icons shift music, uplift music, switch music, have the balls to take a chance,” she noted. “The things that people do come so easy to me. I could do it in my sleep. But I’m such a perfectionist that when something is too easy to me, I actually feel guilty. It would’ve been so easy to listen to all the trap music out there right now and say, ‘Let me just copy this. But I wouldn’t have been able to live with myself.”

The chart-topping MC even expressed some frustration with trap becoming the predominant style in New York.

“The truth of the matter is, trap has taken over so much that even our New York rappers are doing nothing but trap songs, because they feel that that’s the way to make it,” she said. “They’re rapping like people from down south.”

Elsewhere in the interview, Minaj stated that being single had a profound effect on her life. She explained that she experienced more growth in the last six months than she had during the previous eight years.

Minaj also seemed to express some regret about how her image may have influenced fans. She’s far ashamed of it, telling ELLE, “I love being sexy; I’m never gonna stop being an exhibitionist.” But, she’s become reflective about the impact of her sex appeal.

“I don’t really know how to say that without being offensive,” she said. “Maybe I was naïve, but I didn’t realize how many girls were modern-day prostitutes. Whether you’re a stripper, or whether you’re an Instagram girl—these girls are so beautiful and they have so much to offer. But I started finding out that you give them a couple thousand dollars, and you can have sex with them. I was like, ‘Yikes.’ It’s just sad that they don’t know their worth. It makes me sad as a woman. And it makes me sad that maybe I’ve contributed to that in some way.”

She continued, “I’ve always felt like it. But in a lot of ways, I don’t know if I’m doing the same thing they’re doing, because I’m selling sex appeal. So I can’t look down on these girls. I may not be having sex with people, but I’m still selling sex appeal.”

When questioned about equating sex and sex appeal, she agreed they’re not the same thing and spoke on misconceptions about herself.

“I just don’t know if girls who look up to me think that when I’m posting a sexy picture,” she stated. “I’m actually the antithesis of all of that. I’m more of, like, the snobby girl, like the ‘Uh, what’ type of girl. And I want girls to be like that. I’d rather you be called snobby or a bitch or conceited—I’d rather you be called that than easy, and a ho, and a slut.”

Check out the full story on Minaj here.