Review: Nicki Minaj's "Queen" Is Far From A Royal Release 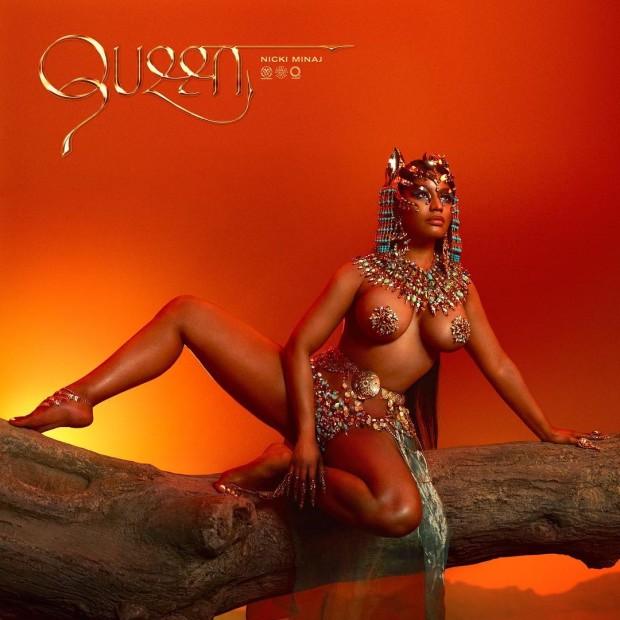 In a strange twist of fate, Nicki Minaj is actually losing for winning.

For nearly a decade, the biggest female rapper to ever do it has racked up millions of sales and dozens of awards; going virtually uncontested in terms of success from her peers — regardless of gender.

But the lack of competition has made The Barbz complacent in her approach. She never had to abide by the invisible cultural lines applied within Hip Hop; opting to focus her skills appeasing fans who go nutty over iHeartMedia properties, opposed to passionate rap debates. It’s a move that has padded her pockets for this lifetime, but like Bane told a bloodied Bruce Wayne, “Victory has defeated you.”

Which fully explains why her fourth studio album, Queen, comes off as a bloated assortment of songs that bang and boom devoid of any real soul. The album is largely built on fraternal filler such as “Hard White” and “Good Form,” poppy compositions and fairly wack punchlines. Nonsense like, “I’m thicker than peanut butter/He nuttin’ like Skippy now/He want me to be his wife/His misses like sippi now” is the kind of experimentation one would hope gets nixed in big-budget studio sessions, but apparently not.

Nicki Minaj has excelled to the point where Onika Maraj has resorted to being an alter ego when it comes to public appearances and the music. There are no deep layers to be uncovered on Queen. No methodical analysis responding to her critics for her reliance on sexual ploys. Nary a mention of any mental anguish the grave allegations her brother faces.

Yet one can’t be surprised by a lack of depth to the music when a career is based off the biggest selling plastic doll of all time. It’s just a damn shame that such talent is pissed out on metaphor-laden tracks like the soapy Ariana Grande collaboration “Bed” or Lil Wayne’s surface appearance on “Rich Sex,” both which sound like they follow 2014’s pinkprint to song creation.

Eminem once again kicks off a Nicki album – this time via “Majesty” – with a scatterbrain, rhyme fest of a verse that equally confuses and impresses. The hypnotic “Chun-Li,” with its echoing sirens and snazzy delivery, has stood the test of time in not only being a gem on the album but also her catalog in general. But a song like “Barbie Dreams” gets an A+ for execution and D- for originality. Modeled after the late great Biggie’s quirky and controversial single, B.I.G.’s rendition was remade by Lil Kim in 1996 and save for the update in rapper dicks, it’s the exact same song as the OG Queen Bee’s version.

Unsurprisingly, Nicki is at her nicest when she’s tapped into her Trinidadian roots on records, a sole indicator that she hasn’t totally left her craft to formula. Album opener “Ganja Burns” also doubles as the LP’s strongest record, as the soundscape provided by J. Reid blitzes through a heatwave of thundering drums and guitar electricity while Nicki’s vocals provide a comparable warm level of instrumentation. And although Foxy Brown’s inclusion on “Coco Chanel” is equally as petty as Remy Ma recruiting Lil Kim for a fruitless pairing, the duet is an absolute reggae rocket of a record that doesn’t let Queen conclude on a sour note.

A lucrative career has allowed Nicki a ton of leeway and even if Queen doesn’t benefit from a goofy social media challenge, her queendom is safe for now. No, Cardi B won’t eclipse her status in the next year, regardless of how many reshares a hyperbolized tweet gets. And her co-headlined NICKIHNDRXX Tour with Future is sure to enjoy several sold-out dates.

That being said, Nicki had better map out what she truly wants to do outside of releasing tepid 19-track albums. The luxury of residing on an uncontested throne doesn’t last forever.