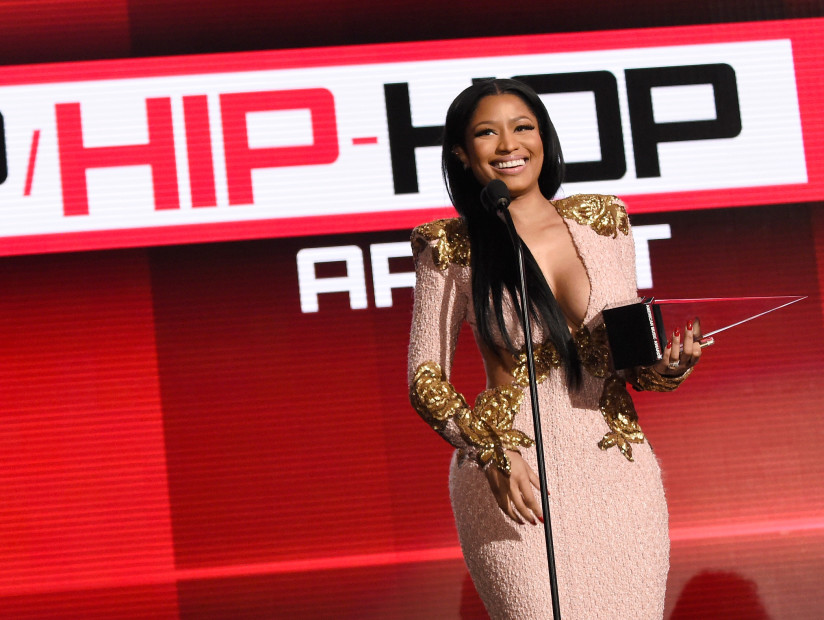 New York City, NY – It has been roughly two and a half years since Nicki Minaj released a studio album — but there has been a ton of activity since then. Records (and relationships) have been broken. So-called beef with you know who. Even an appearance in her third movie. But for history’s most successful female rapper, there still has to be a musical initiative somewhere in the equation.

That was a topic of discussion when Nicki called into Eminem’s SiriusXM channel Shade 45 and spoke to DJ Whoo Kid on his Whoolywood Shuffle show. After the megastar rapper copped to having not much to prove aside from winning some more, she revealed her inner psyche tells her she owes it to her fans to release more music. In the form of an album.

“My goal right now is just releasing this fourth album and watching my fans react to it,” she said. “Because I know it’s going to be my best body of work. And I always love to be in real time and see my fans reacting to something. So that’s what I’m looking forward to. Now obviously I’m not telling them when my album is coming out but I just know that it’s going to be amazing because I want to thank the people who rocked with me all these years. Like my fans are a different level of diehard! I always feel like I gotta make them proud. I gotta go hard! I gotta impress them! Because they’re always waiting for me! That’s a blessing in itself.

“So that’s next on my bucket list. To deliver my fourth album and make sure it’s a classic Hip Hop album that people will never forget.”

It’s a well-known fact that Nicki has managed to successfully crossover through the realm of Hip Hop, having surpassed Aretha Franklin for most Billboard Hot 100 hits from a female artist. That said, with success comes scrutiny, and the 34-year-old multi-talent has been accused of being a pop act more than an MC, so the notion of her delivering a “Hip Hop album” — classic or not — should raise some curiosity among onlookers.

Check below for her take on reuniting with Lil Wayne and the rest of Young Money at this year’s Billboard Music Awards as well as her take on the 2017 NBA Finals.

[Note: Actually the preview clips have been removed from YouTube, but tune in on June 10 for the official interview.]