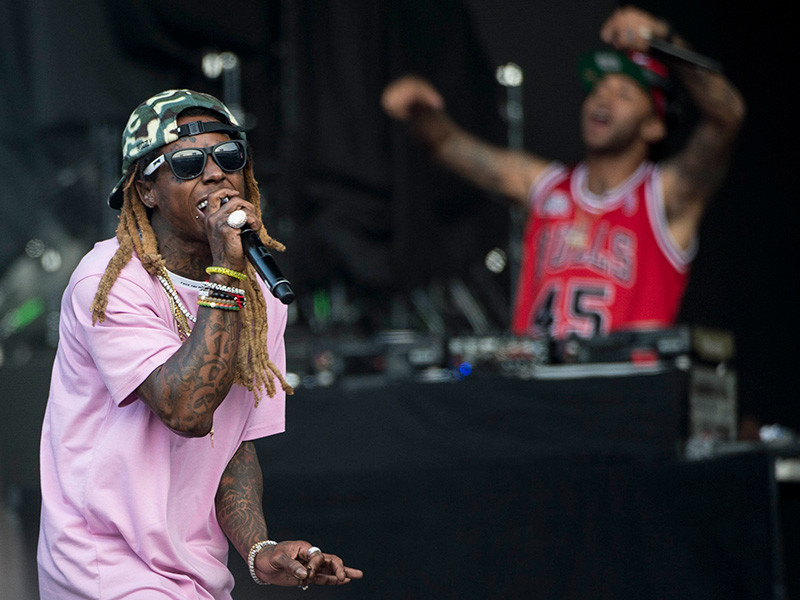 Stray Shots: Why Are Lil Wayne’s Thoughts On Race & Police Brutality So Inconsistent?

Lil Wayne sent shockwaves throughout Hip Hop this week after delivering one of the more intriguing interviews of his career, when he made a bold statement during a interview on ABC’s Nightline with Linsey Davis.

Of course, it went viral.

“What is it? What do you mean?” he counter questioned before spewing into a rant, “I am a young black rich [muthafucka]. If that don’t let you know that America understand black [muthafuckas] matter these days, I don’t know what it is. That man white [points at cameraman]; he filmin’ me. I’m a [nigga]. I don’t know what you mean, man. Don’t come at me with that dumb [shit], ma’am. My life matter. Especially to my [bitches].”

As HipHopDX reported, the reactions weren’t in Weezy’s favor as many thought he supported Black Lives Matter during this year’s Lil Weezyana Fest. The change in stance follows many comments from Young Money’s captain that have ranged from righteous and controversial to flat out confusing. However, anyone following Wayne over the years has probably expected the unexpected when ideologies and opinions come into play.

With that in mind, HipHopDX Senior Features Writer Ural Garrett and Contributing Writer Dana Scott take a look at the context of his highly controversial statement.

Is Lil Wayne A Hypocrite Or Simply Human?

Ural Garrett: Just think for a moment. A twelve-year-old Dwayne Carter is inches away from death after accidentally shooting himself with a handgun left by someone visiting the previous night. The New Orleans native bleed enough for a puddle of blood to form near a stereo speaker before officer Robert Hoobler busted in his door after the young kid called 911. Since an ambulance wasn’t available, Hoobler rushed the boy who would grow up to be Lil Wayne to the hospital himself.

Yeah, the officer who saved Weezy’s life was white and here’s the kicker.

Over a decade later, Hoobler was fired from Jefferson Parish Police Department when he tasered a handcuffed black man three times after reportedly calling him a “stupid nigger.” Years prior, Wayne was released from Riker’s Island for a gun charge that Wayne’s lawyers said were unjust. From his perspective, America’s law enforcement can be the absolute best and worst.

If his opinion changes so loosely like the same free-associative rhymes that made him the most recognizable figure of the internet era, who am I to judge? We are witnessing the forever changing mind of Weezy F. Baby. (Due remember, the “F” stands for “phenomenal.”) Similar to any black man in America, dealing with the nuanced realities of racism sometimes means having a “long as my bitches love me” mindset. Being honest, that’s really the genius of Lil Wayne. He’s a walking double-edged sword that must be a pain for any publicist to deal with. It makes sense why he can have Kendrick Lamar making late night videos begging him not to quit music or Young Thug attempting to name mixtapes after Tha Carter series. He’s literally become something for everyone. Wayne is the same individual who will let Tech N9ne and Andre 3K spit on an entire album track without much care.

As he continues his career imprisonment at a label who essentially raised him, who knows the type of things going through that mind outside of possible drugs. Between claiming racism doesn’t exist while saying it did during that one Oklahoma City Thunder Game, Wayne continues to express how nuanced and complicated the discussion of race actually is for all affected. And to the good folks over at The Root, I’ll totally respect Wayne’s opinions on all subjects even if I’m not on the same page as every single one of them. When it comes to him, you’re going to agree with something he says eventually.

Dana Scott: With his obvious vexed feelings following the challenging question of his daughter being called “bitch” or “hoe,” Weezy’s reaction is a great example that Hip Hop artists are as human and hypocritical like most of the general population. He respectfully called his female interviewer “ma’am” in his response— a Southern custom as a respectful term addressing women in the second person— yet ended his rant labeling the women in his life as “bitches.” It doesn’t bode well to the general public that doesn’t understand Hip Hop’s terms of endearment. Although, Wayne’s statement on Nightline shouldn’t be a shock to his fan base and Black Lives Matter advocates.

As for Jeezy’s defense of the Young Money honcho’s dichotomous statement, Wayne has been in the public eye since the heyday of the Hot Boys who coined the term “bling bling” in 1999 and was uprooted into our society lexicon and into Merriam-Webster’s dictionary. His statement is a reflection of the nihilistic yet nouveau riche Republican’s rhetoric he’s been swanking for almost 20 years. In the immortal words of 2Pac, “I gotta get mine, you gotta get yours.” Anyone who has any knowledge of the majority of his song content or danced to his tunes shouldn’t lessen their attention span here, or perhaps they’re reposting this on social media channels to just rectify the other people’s judgment of the move and are using him as an example of buffoonery in the black community. Yet it proves that black people are not monolithic, just like not all white people will vote for Donald Trump, and not all women will support Hillary Clinton on Election Day.

Perhaps Mr. Carter really does feel this way because in September he stated in an interview with Fox Sports’ Skip Bayless that there is “no such thing as racism,” and he doesn’t see color lines in his audience. That made many imitate Nick Young’s ubiquitous confused-face meme since he’s a black man from the deep Dixie racist Louisiana.

Wayne firing his publicist after the fallout of his Nightline interview is complelty pointless. Mainly because he repeated his ambivalence to the Black Lives Matter movement within two months after what he said at his Weezyana festival, which cancels it out. There are wealthy pro athletes, several black celebrities and musicians who have lived much longer than Jeezy and Wayne’s ages combined who are capable of buying many of their own islands to live on, yet still have been activists for blacks’ civil rights legislation, welfare, and protection from violence. LeBron James, Carmelo Anthony, Harry Belafonte, and Russell Simmons are just a few names that come to mind in that way. So, either Wayne doesn’t necessarily see things regarding race and his influence objectively, or he just has a short attention span like the people he’s shocked again.