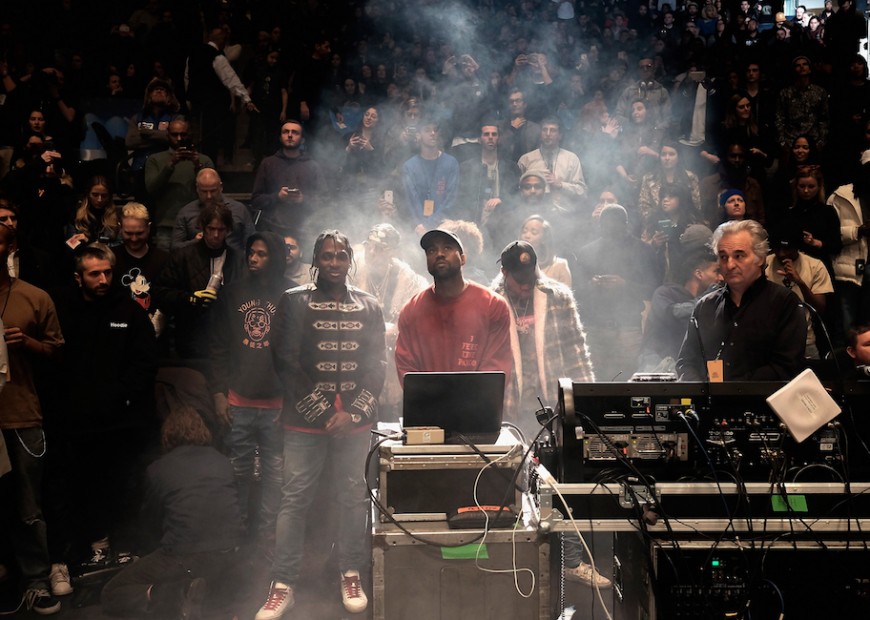 Over a year ago, The Life Of Pablo was called So Help Me God and single “Wolves” only featured Sia and Vic Mensa when it premiered during the Saturday Night Live 40th Anniversary Special over a year ago. Fast forward to present day, the Tidal exclusive dropping a month ago lacked the two initial guest. Instead, Ye added a new verse and managed to get Frank Ocean out of whatever hole he was hiding in. Tuesday, an updated tracklist includes the original contributions from both Sia and Mensa. Also, Ocean gets his own thirty-second track simply called “Frank’s Track.” And to think, The College Dropout had the audacity to mention The Life Of Pablo was still being finalized. Last week, a Reddit user noticed changes made to “Famous” featuring the controversial line regarding Taylor Swift. Though that particular bar wasn’t changed, the song from 1:23 – 1:25 and 1:49 – 1:51 with the lyric “She be Puerto Rican day parade wavin,” transformed into “She in school to be a real estate agent.” Another user noticed Rihanna’s vocals having more reverb. Despite acclaim from critics including HipHopDX’s Justin Hunte who called The Life Of Pablo “an album that’s largely about one polarizing topic: The Greatness of Kanye West,” the project’s biggest criticism was that it sounded unfinished. Using the streaming service spearheaded by Jay Z, Ye’s self-proclaimed “album of life” could be a defining moment in digital distribution.

Fixing Wolves 2day… Worked on it for 3 weeks. Life Of Pablo is a living breathing changing creative expression. #contemporaryart

As Hip Hop finds itself divided between the Internet’s conservation of quantity versus quality, making The Life Of Pablo exclusive to Tidal was seen as a big mistake for many. Though the album obviously led to the streaming service doubling its numbers from 1 million to 2.5 million, it was reportedly pirated around 500,000 times. Looks like the free version floating around is officially outdated unless someone is on standby making zip files. This ever-evolving approach to music creation is going to lead to some confusing moments on Pirate Bay. If Kanye was serious about never having a physical release, everything about The Life Of Pablo’s roll-out makes absolute sense. Those who spent their money on Tidal subscriptions specifically for the album are essentially paying to beta-test music. For all we know, Ye could be making more updates as of this reading. It wouldn’t be too hard either considering he is part owner. There’s no doubt that Tidal’s backend allows Ye to make changes, subtractions and additions without much fuss.

I was thinking about not making CDs ever again… Only streaming

For anyone taking their music to Apple, music aggregator Tunecore recommends artists with release dates to distribute music more than 16 days prior to that date as most projects take between 24-hours and 16 business days to make the service. Keep in mind that your average artists always normally plans to release their product as is. Google Play and Amazon on Demand can take about one to eight weeks. Clearly, this is mainly for artists seeking independent distribution. Major label artists probably have all that taken care of for them.

excited to see my family and finish the final mixes of the Life of Pablo and keep working on Turbo Grafx 16 and Season 4 ….

Let’s be honest here, streaming has always been seen as supplemental income for any artist regardless if it’s on Spotify, Apple Music or Tidal. Despite changes in RIAA certification and Billboard charting, album sales still matter. We live in a time where artists celebrate selling 100K during the first week before falling off. Someone with expensive album creation processes like Ye can’t afford to do those type of numbers. Why not charge for a peek into the creative process before the final version is released in however format that may be? This almost makes the idea of a tangible product creatively limiting unless Kanye goes The Life Of Pablo: Final Special Hyper Turbo Edition route. Considering the album uses Street Fighter II samples and he’s calling his next album Turbo Grafx 16, the idea doesn’t sound ridiculous at all.

As Ye tinkers with The Life Of Pablo, he’s still working on the Only One video game. Besides a trailer dropping during his Yeezy Season 3 show at Madison Square Garden, there hasn’t been much information about the title? His handling of his seventh full-length studio album could be a small indicator of how he might handle Only One’s release. Unfortunately, those who follow the video game industry enough have become annoyed with publishers releasing unfinished games to be updated later. Then again, the beta-test approach could be similar to Valve Corp’s Steam Early Access program which allows developers to charge for half-functioning or beta versions of games. This allows users to provide testing and feedback toward the final product.

Following the initial release of The Life Of Pablo, many wanted Sia and Vic Mensa to be added to “Wolves” regardless of Ye’s Ocean incorporation. Maybe Ye really listened to those fans appreciating the original version more. While other artists would be forced to explain themselves to death for the rest of their careers, Ye’s has the ability to give people what he perceives they want. Does this mean we’ll see an instrumental to “Love Kanye” since everyone from TM88 to DJ Premier have given their takes on the acapella track? Don’t be surprised if Ye drops a compellation of various “Love Kanye” tracks. Better yet, maybe it’s time Desiigner’s vocals get a Future upgrade.