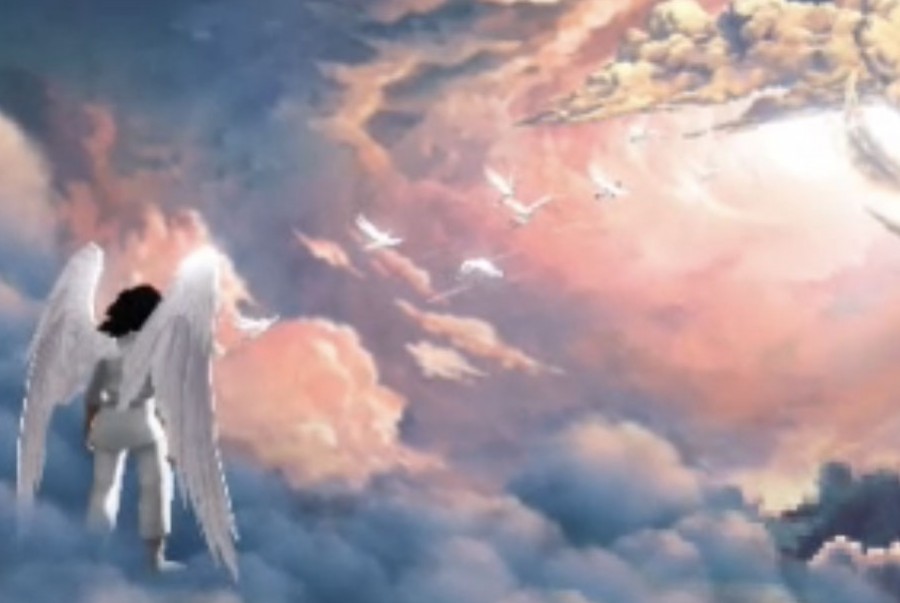 Will Anyone Care About Kanye West’s “Only One” Video Game?

Announcing his first foray into video game development early last year on The Breakfast Club, news came, Kanye West’s seventh studio album was still called So Help Me God. The only information provided involved using light to guide his mother through the gates of heaven and how it was only six months in development. Eventually dubbed Only One after the ode to Ye’s mother Donda West, a trailer would be released over a year later following the Yeezy Season 3 presentation. Besides premiering the revamped album as The Life Of Pablo at Madison Square Garden, why not give Tidal subscribers the first look at something that could very well become a new frontier for Yeezus? The new venture comes after West spent several years and millions of his own money somewhat breaking into the unforgiving world of fashion. While Meek Mill has had success within the emerging mobile market, Ye’s trailer may mean a bigger undertaking. Here are five questions that need to be answered about Only One.

Can Kanye Handle Being Even More Of A Minority In The Video Game Industry?

According to Sherri Smith, Senior Staff Writer for popular tech publication Tom’s Guide, the almost $100 billion industry may be even more unforgiving for several reasons. “He’s unproven and inexperienced in gaming development, but there is a factor of race,” Smith says. Numerous think-pieces were written relating Ye’s frustration with the fashion world alongside the release of Yeezus. Sure, the approach the storied rapper/producer took to the issue was controversial, to say the least. However, when four out of the 260 shows of New York Fashion Week were from African American designers, he didn’t come across as too crazy. Looking at the gaming industry, only 2.5 percent of developers are black according to demographic analytics from the International Game Developer Association which is ironic considering they represent nearly half-the-adult consumer. His celebrity status and ranking within Hip Hop could help some.

Mobile gaming represents 16 percent of the global gaming revenue and is continuing to grow significantly. There isn’t a better example than the success of Kim Kardashian. Since releasing in summer 2014, Kim Kardashian Hollywood earned $43 million the first year alone. For someone like Ye who spent some time bashing in-app purchases, that has been the major money maker for the initially free game backed by his wife. Meanwhile, budgets for big budget (or AAA) titles like Call Of Duty are shrinking constantly. Angry Birds, Temple Run and Candy Crush successfully serve a causal set. Then there’s the rise of various indie developers thanks to the rise of Steam alongside initiatives from major publishers like Sony and Microsoft. Considering the visual aesthetic of the trailer, Only One will most likely go that route.

Developers Willing To Work With Ye?

Games live and die by the developers involved. If Donda is handling development solely by themselves, the end result could go in various directions. On its own, a failed project could bankrupt a company, something that Ye can’t afford to let happen at this moment with that $53 million of debt. Offloading critical work to a third-party developer can mean the same depending on if  the house is proven. Like it or not, Kim going with Glu Mobile for Kim Kardashian Hollywood was a wise decision as the company was already known for creating some of the best mobile games available.

Though Yeezy has never been known as a technological tastemaker, he does have some well-known friends within the industry. One of his closest associates is Apple co-founder Steve Wozniak gave him two autographed mouses with the other signed by Steve Jobs. Following the Only One trailer reveal, Shaun Murray, lead developer for this year’s most anticipated release No Man’s Sky gave a huge co-sign via Twitter.

Cool to see Kanye's game announced. Been secretly excited since they let me play at E3. It's super interesting and lovely

Considering The Electronic Entertainment Expo is held annually around June, that means between his Breakfast Club interview and the popular video game convention, development would have been a year in. This is enough time to have a working beta up and running. Outside notions of the notion of E3 being just a place for nerds to hang around and get the first crack at soon to be released games, the expo still exists as a trade show first. Therefore, Ye could have been showing off an earlier build for investors or a publishing company. Though Murray and a handful of others allegedly got a chance to play Only One, clearly the gaming media weren’t involved as hands-on accounts aren’t available from any major outlet. ““As much as the executives and developers would like to say how they hung out with Kanye West, it’s still Kanye West and he’s still unproven,” says Smith.

Will The Roll-Out Be As Confusing Of The Life Of Pablo?

Releases dates within the gaming industry and music industry have changed over the years. Then again, if Ye is willing to drop The Life Of Pablo, he could do the same with Only One. The difference is that the masses can’t really tell if an artist released a seemingly unfinished album let some tell it. They surely can with an unfinished game. Right now, there isn’t enough information for Only One to have a closer release date. “The ball is really in Kanye’s court because going off his manic moods, we don’t know what he’s going to get,” said Smith.  If Kanye showed off the game to a selected few at last year’s E3, don’t be surprised if it makes more of a formal showing for upcoming one alongside GDC.