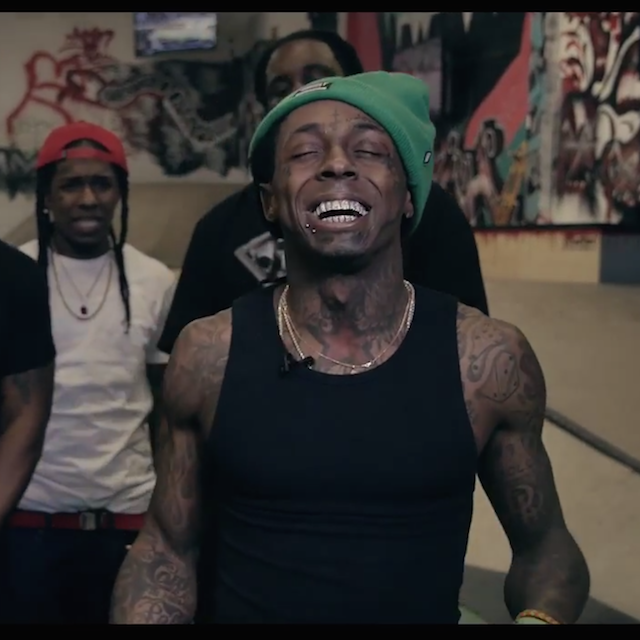 This morning, esteemed HipHopDX contributor Kellan Miller called the Free Weezy Album “a dim holdover for more luminous releases on the horizon.” Spending several days with Lil Wayne’s eleventh studio album, that assessment is fair. At times, Tunechi feels like he’s sprinting to the finish line hoping for a record breaking time. There’s a level of urgency that hasn’t been present in both his lyrical delivery and content since Tha Carter II. Then again, there are moments throughout the Free Weezy Album that have this lack of quality control more noticeable on anything past No Ceilings. With that said, Weezy F Baby’s Tidal exclusive works in his favor as a fresh start.

Following the bombastic Free Weezy Album opener and potential single of the year “Glory,” there’s a moment on follow-up track “He’s Dead” where he croons, “Rest in peace to the Cash Money Weezy, gone but not forgotten.” That statement there is more than enough proof that Young Money has entered a new era. Those who have followed him since Tha Block Is Hot understand the reinventions Wayne has been through during his iconic career. As artists ranging from Juvenile to B.G. began to leave the Cash Money boat, the real first test for Wayne began when in-house producer Mannie Fresh left. Not only did he make the best album of his career with Tha Carter II in 2005, being handicapped opened up a new creative lane for Wayne that would expand greatly by the time The Dedication II essentially changed the mixtape game. Let’s not forget the numerous amounts of unofficial releases, and the fact that many were referring to him (including his idol, Jay Z) as “Mixtape Weezy.”

Fast forward to 2008, Wayne is on top of the world with The Carter III. Some could call this his “Best Rapper Alive” era. In a time where album sales were steadily declining, the New Orleans native’s sixth album goes gold in a day and platinum in a week. At this point, Weezy was initially thought of as unstoppable. Well, that was until he began to build his Young Money empire. Finding a quirky female emcee from Queens, former child actor in Toronto and a lanky rapper with a future love for underage girls was a boss move. Around this time, there was a noticeable dip in quality, which felt harder as Drake and Nicki began to eclipse him creatively and commercially. Looking back, the “YMCMB” era Wayne attempted to find the balance between his solo artistry and cultivating some of pop music’s most respected artists.

Passing time in jail along with underwhelming projects including Rebirth, The Carter IV, Dedication IV, Dedication V and Sorry For The Wait , Wayne was inching his way to has-been territory. Things got really strange when he started airing out his grievances with Cash Money. Legal battles with the label that cultivated his career, album setbacks, and bad singles all set the stage for a few interesting moves. First, Mr. Dwayne Carter signs to a new royalty company and mentions on stage during a performance that he signed a deal with Hov himself. Of course, news would reveal Weezy’s deal was with Tidal, followed by an announcement date for Free Weezy Album. Interestingly enough, no-one paid attention to actually how it was going to be released. July 4th rolls around and it’s a Tidal exclusive without Cash Money attached. What better way to release original music without the risk of a major release and potentially recoup nicely for streams. Currently, Tidal only has over half-a-million subscribers and the Free Weezy Album isn’t going to increase those numbers significantly. This is when things become clear, this album is a new starting point for the “Post-Cash Money” era. A new reinvention that proves that he can make a solid album without noticeable, high profile features or lazy auto-tuned sing-song hooks that weighed down previous projects. Free Weezy Album features both that lovely stream-of-consciousness lyricism and oddly refreshing conceptual themes that made him so worthwhile. Wayne sounds like he finally gets it.