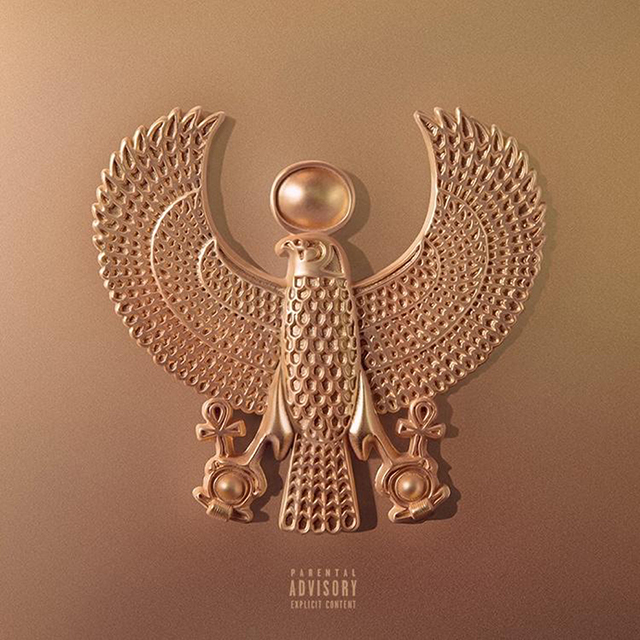 It’s been an eventful year for Tyga, an archetypal weed carrier emcee who’s spent the majority of his career as a posse stand-in. Since his ugly departure from Young Money last October, which included public snipes at Drake and Nicki Minaj, he’s been popping up here or there way more than most would like. In February, he joined forces with longtime partner-in-crime and friend in rabble-rousing Chris Brown for Fan of a Fan: The Album, a glorified retail mixtape. He’s been grappling with his very complicated and controversial public relationship with 17-year old Kylie Jenner for the last several months, one he first denied, then vaguely hinted at, then proudly owned, and it’s increased his visibility tenfold. He even has a (brief) role in Rick Famuyiwa’s recent acclaimed film Dope. There’s an explanation for how he’s managed to stay relevant for this long, but one thing’s for sure: It isn’t because of what he’s made this time around.

The “Coconut Juice” rapper, once a signee of Pete Wentz’s Decaydence label, has had his moments — most notably the multi-platinum banger “Rack City,” which started the Mustard Wave and will forever be immortalized in strip club lore — but more often than not, Tyga’s music falls somewhere on a Venn Diagram between circles marked illogical ramblings and pedestrian craftsmanship. His last three albums have an average Metacritic score of 53, mostly because of his almost comical lack of creativity, which is anchored by his witless non-sequiturs. (To be fair, at least some portion of the heavy Fan of a Fan criticism stemmed from Chris Brown fatigue). His latest album, The Gold Album: 18th Dynasty, released independently on Spotify, shuns the one thing Tyga does well — make frat-party-playlist music — in an effort to create a more focused opus or seminal work, but instead of reaching his intention he falters dramatically, creating a soul-sucking buzzkill that takes all the fun out of his rap.

The big selling point of The Gold Album was supposed to be that it’s executive produced by Kanye West, a deal potentially secured through Kardashian backchanneling, but there’s none of that signature Kanye creative control here. The other project executive produced by Kanye this year, Big Sean’s Dark Sky Paradise, felt like it, with tone and pacing that at times made it seem like MDBTF-lite. This album scans more like a copy machine for Drake outtakes (See: “Shaka Zulu”) than an album overseen by one of the great record producers of our time. Kanye probably had about as much input on this album as Spielberg had on Jurassic World. In any case, an executive producer molds clay, and there is very little to work with here.

From the painfully repetitive “Muh Fucka” to the tone-deaf “Down For A Min,” The Gold Album is underscored by its poor creative choices, the worst of which might be “4 My Dawgs,” a song that guts Gerard McMann’s “Cry Little Sister” so Lil Wayne can sing over it. Most of the production is either drowsy or boring, except “Pure Luxury,” which is both. For the duration, Tyga raps in circles, and a lot of the raps, though capable, don’t string into any sizeable ideas (or even normal sized ones). But some of the writing is just plain bad. On the Boosie Badazz-featured “Pleazer,” he opens: “I know a lil bitch by the name Chanel / Always wearing Louis but fake Chanel / I’m just trying to nut like Chip and Dale / That’s some funny ass shit like Dave Chappelle.” Forget the fact that this could be perceived as an ill-advised shot at either one of two current Cash Money signees; Tyga pens a cringeworthy bar that functions even less as a joke, then doubles down by self-certifying his own joke’s funniness with a brutally literal metaphor. The only thing really funny about The Gold Album is that it’ll never earn a certification to fit its title.

It isn’t all just the focal point of some elaborate punchline: Tyga does lace the wobbling “Wham” with one of his more limber flows and he finds his (often absent) enthusiasm for the extravagantly holier-than-thou “God Talk.” But when a warped voice chimes in at the end of the former to decree, “You are now listening to the sounds of T-Y-G, if you don’t like what you hear, sit back and shut the fuck up,” having then sat through 2/3rds of TGA, it feels like a statement made largely out of fear that you just might open your mouth and out-rap him.