This week, we find out how a 2 Chainz interview with a Fox News pundit would possibly play out, DMX meets Steve Wozniak, and Chris Brown thoughts on getting his probation revoked.

The biggest talk of the week was Nancy Grace’s cerebral defeat at the hands of 2 Chainz himself. Not only did the debate raise awareness of the serious issue of marijuana legalization but, Titty Boi proved that intelligence is relative in Hip Hop. However, how would that conversation run against Fox News’ Megyn Kelly? Here’s one idea of the pundit’s first statement: 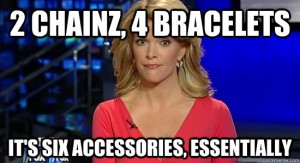 With all the controversy surrounding DMX’s unofficial/official album Redemption of The Beast, recent events seem to further prove the emcee’s downward spiral. Today, we’ll go to “less” turbulent days and remind everyone of that one time X and Steve Wozniak met at LAX. The end result included some of the most hilarious memes of all time like this: 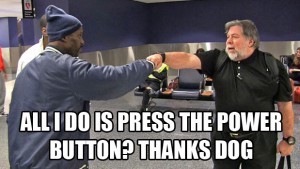 The Current Mindstate of Chris Brown

If things weren’t already bad for Chris Brown last weekend after a shooting interrupted a San Jose performance, his probation was also revoked. Though jail time maybe inevitable, the “Loyal” singer is currently free. Meanwhile, Brown must be saying to himself: 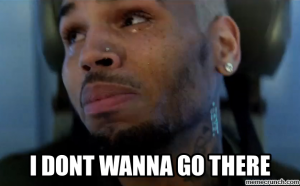 DX Features Editor Andre Grant called J. Cole’s 2014 Forest Hill Drive “an honest, vulnerable look into one man’s journey back from the terrors of fame.” The album’s promotional campaign even involved a listening party at his childhood Fayetteville, North Carolina home. Here’s a scenario; tired with jet-lag after touring, Jermaine nears the door of his residence and realizes his keys are lost. What does he do next? Here’s an idea: 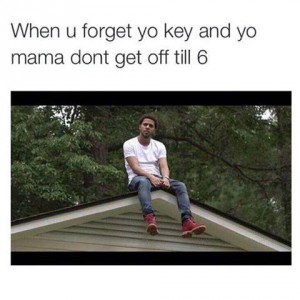 Some aspiring emcees make it past their humble beginnings to attain almost limitless amounts of grandeur. Others become has-beens doomed to reliving their glory days. Similar to iconic TV dad Al Bundy, a man never seemed to move past his times of high school football. Considering Young Zee’s current news run, he could officially be considered the rap game Al Bundy. Here’s to a better 2015: 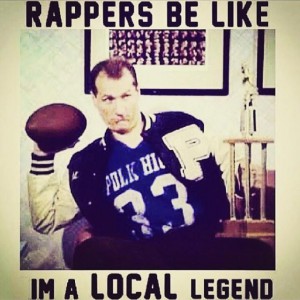