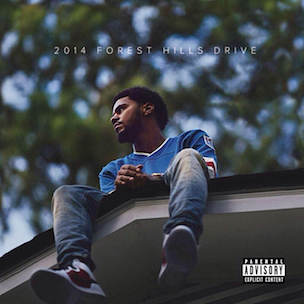 Fans of Fayetteville, North Carolina rapper J. Cole now have the chance to win the opportunity to hear his upcoming album, 2014 Forest Hills Drive, at his Carolina home thanks to a new contest.

Contest details, an entry form, and a note from J. Cole were added to the JColeMusic.com website this week.

In the note, J. Cole writes:

“What’s good? This is Cole. I just bought my old crib back. This is the house I started rapping in at 13 years old. 2014 Forest Hills Drive. As a kid, moving into this place changed my life in so many ways. Too many to type. Unfortunately, the house was foreclosed from my mother when I was 18 and I always dreamed of buying it back one day for closure. It’s the first house I have ever owned.

And please take your shoes off before you walk in my crib!!!”

2014 Forest Hills Drive is scheduled for release on December 9.