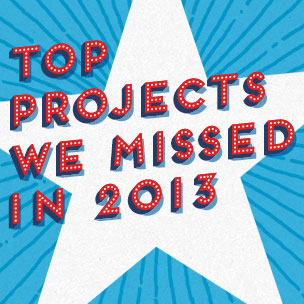 The Top Projects We Missed In 2013

Whether you’re in favor of its present state or not, no one can debate that in 2013 music became increasingly interesting along with accompanying spirited discussions. There were ludicrous moments like Papoose sneaking onto Hot 97’s Summer Jam stage, and then there was Kendrick Lamar’s now infamous “Control” verse. Gucci Mane maximized Twitter’s potential to be used improperly. Eminem returned from a three-year break with a sequel to what’s widely considered his greatest work. Both members of the Knowles-Carter union rewrote music business history: Jay Z by going platinum through a Samsung deal before his album was released and Beyonce dropping an album out of thin air with no one in the know other than her label and closest associates all sworn to secrecy. Somehow, some way Nipsey Hussle sold 1,000 copies of a free Internet release at $100 per hard copy. Where the aforementioned Magna Carta Holy Grail and Yeezus albums left all of our opinions divided, at least we consistently felt strong one way or another after years of generally waiting to be excited at all.

Heading into 2014 it’s anyone’s guess as to what will impact the culture, though sure bets lie in ScHoolboy Q’s scheduled winter release with hopes of Kendrick closing out next year’s fourth quarter with his highly anticipated follow up. This leaves questions: How much longer will Drake retain his industry chokehold? Who will be the next rising star to shock the world? Which unorthodox marketing strategies will be employed next? Who will bounce back after being considered a disappointment or staying quiet this year? While we wait for these mysteries to reveal themselves, HipHopDX ends 2013 taking a look back at a few albums that we missed. Quadron, Thundercat, and Castle are completely distinct acts, only the last of which can be neatly categorized as Rap. 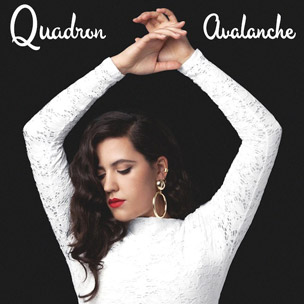 A worthwhile alternative for those distraught by the fractured state of R&B, Quadron is comprised of eclectic producer Robin Hannibal and his songstress cohort Coco Owino. Hailing from Denmark, the group’s self-titled debut in 2010 was a slow burn that set the stage for major distribution with this summer’s sophomore follow up, Avalanche. Coming together to create music which channels life’s ups and downs, their magical connection allows Coco’s lush vocals to translate a range from somber to joyful and every mood in between. Her sensibilities don’t tread towards recreating the revered throwback soul sound, instead her harmonies are light and breezy in a time where someone beloved as Adele can tend to come off as overbearing.

Avalanche was a rare exception to 2013’s trend of using Kendrick Lamar to boost visibility, with him complementing “Better Off” rather than stealing the show. The album’s arguable highlight was the Michael Jackson homage “Neverland,” leaving hope that Quadron’s authentic arrangements can go onto play a large role in changing the face of their endangered genre. 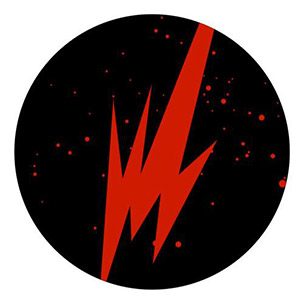 One of experimental musician Flying Lotus’ many pet projects, bassist Thundercat has stretched the boundaries of modern jazz by meshing it together with other genres not limited to funk. Carving out a niche that’s unexpected and unpredictable, Apocalypse took listeners on a journey that requires not only patience but proper understanding of rhythm and instrumentation. While technically not the best of singers, all of his attempts are earnest whether exploring love’s difficulties on “Heartbreaks + Setbacks” or tripping through the forest with Flying Lotus on “Lotus And The Jondy.”

Not recommended for the average, narrow-minded Hip Hop enthusiast with an untrained ear, Thundercat’s command of performance and knack for melody are both advanced. Where his voice is an acquired taste, his abundance of creativity on Apocalypse nets the Brainfeeder label another win as he continues to build his name up from being a low profile session player to a bonafide star amongst the Los Angeles avant-garde. 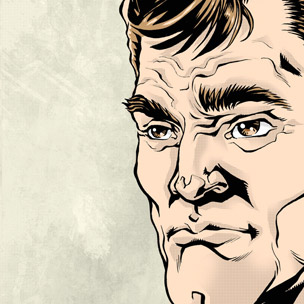 While it’s all too easy to become overwhelmed by the surplus of Hip Hop options in this technologically swift digital age, Castle is below the radar and assuredly deserving of greater recognition. His strong suits include being self-produced, strong wordplay, comedic wit and an overall brash demeanor matching the 3rd Bass classic that his Mello Music Group effort Gasface is named after. Without catering strictly to the underground, he’s a reminder of a time when boom-bap with feeling flourished prior to becoming yet another stagnant and boring marketing tool.

Drawing inspiration from DOOM, on “Krillz” Castle took cues from the villain’s “Beef Rapp,” aiming to reach the same well versed audience that would pick up on this sort of subtlety. Highly conceptual songs prove he doesn’t have to rely on any guest appearances, as “Orientation” dictates the horrors of corporate life and the lovelorn “Opium” shows he’s capable of material that runs deeper than punchlines. Though he holds his own behind the boards, remixes from Blueprint and Quelle Chris add color, helping Gasface stand out in a scene already stuffed to the brim with stiff competition. 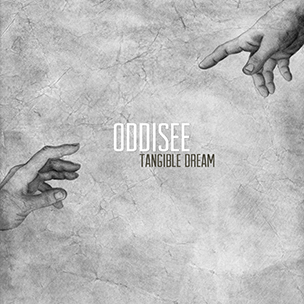 Easily one of today’s hardest working, self-determined acts, Oddisee‘s one-man operation has expanded his reputation from humble beginnings in Washington, DC to that of a respected global sensation. As a producer, businessman, emcee and a true visionary, 2013 was the second consecutive go round for his soulful reign on the heels of last year’s long awaited debut People Hear What They See.

Continually giving each moment his greatest effort, Oddisee challenges listeners to raise the bar of expectation rather than allowing them to settle for less. Succeeding at crafting a well balanced album with Tangible Dream, he pivots from edgy thoughtful material to playing the role of a ladies man on “Unfollow You” and “The Goings On.” Originally marketed as a bonus mixtape attached to his instrumental LP The Beauty In All, this was but another open look into Oddisee’s life of international leisure tied to his focus on making an artistic difference. 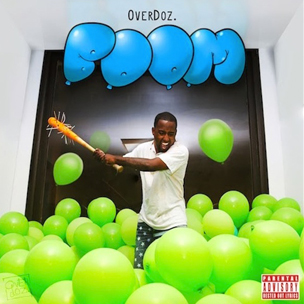 Poised to play a role in the next crop of LA’s ongoing renaissance, OverDoz has reintroduce the idea of a group in an age where solo success stories dominate. A clear example of weed serving to benefit the recording process, 2011’s Live For, Die For made its mark with stoners and sober enthusiasts alike. Members Joon, Cream, P and Kent have finessed their way into signing a deal with RCA in the nearly three years since that release, recently dropping “Boom” after keeping fans impatiently waiting.

Boom’s guests include Nipsey Hussle (“These Niggas”), Juicy J (“Lap Dance”) and Problem, all of whom add to festivities without stealing the show from OverDoz. Perfecting their sound with the help of the THC production team, the crew dedicates anthems to debaucheries including getting wasted, an excess of promiscuity and strip club anthems while managing to not come off juvenile. The combination of thumping drums and unforced catchy sung melodies prove they’re steadily mastering the art of songwriting, making the whole process seem like they’re having the time of their life.