Quelle Chris is an interesting man to say the least—you need only engage him in a conversation about the missing, black Teenage Mutant Ninja Turtle or Final Fantasy for further proof. All references to RPG’s and crime fighting comic book reptiles aside, Quelle is fresh off of his The Son EP, and has already wrapped up its successor with his latest effort, Shotgun & Sleek Rifle.

Both works, as well as his collaborations with the likes of Denmark Vessey, Danny Brown and Roc Marciano have afforded him the latitude to enjoy a certain amount of financial success and artistic independence all while taking a do it yourself approach to video directing duties, album artwork, and who knows what else. Quelle has been churning out material in this manner roughly since about 2002…sometimes while hitting the occasional blunt but never while complaining about the “current state of Hip Hop,” as some artists are prone to do. Instead, he assesses the situation, and reacts accordingly. Can it be that it was all so simple?

HipHopDX: What makes your music different than a lot of the Hip Hop that’s out right now?

Quelle Chris: I dunno. It’s tough, because I really stay out of the loop. Initially, there weren’t really a lot of cats like me around besides the people I fucked with personally. People are always saying there’s nothing new in the world of Hip Hop, but that’s bullshit. Essentially, what sets everybody apart—including me—are voice and delivery. That’s what has always been the gem in Hip Hop. Look at cats like Snoop [Dogg]. You’ll never get another Snoop or Guru. Emcees play their instrument in their own way.

DX: Right. You’re generally on some other shit compared to your average rapper nowadays. I listened to this song you did called “Enjoy The Now,” and it had me buggin’ out because it’s so far removed from your usual stuff.

Quelle Chris: Yeah we [Awesome In Outer Space] were doing that shit in like 2002. I was touring around doing a lot of minimalist type stuff. I want to get back into that, but right now Hip Hop is just looking so fresh right now. At the time I was staying with a bunch of dudes that all played instruments and shit, and I always had been doing beats. So I was like, “Fuck, I could be doing all types of different shit.”

DX: Yeah. Speaking of your beats, I see you did pretty much all of the production on your album. What made you decide to do it all yourself?

Quelle Chris: It wasn’t really a decision; that’s just how it’s been from the beginning. I mean, when I started, it was just me and the cats I ran with making dumbass songs. It was just us, so we had to learn how to do everything. We wouldn’t go shopping on the Internet for beats or nothing like that, ‘cause that wasn’t really poppin’ at the time. At this point it’s like people send me beats. And I don’t see why I would even listen because I know me. There’s nothing you can send me that would be more fitting for me than the shit I made for me. I’m not saying that I don’t fuck with other people’s shit though.

DX: What have been some of the highlights of your year?

DX: So what is next?

Quelle Chris: We got a few more videos we’re gonna drop. Me and my homie, got these mixtapes we’ve been workin’ on called “The Plush Leather Upholstery Series.” The first one is called “Butter Soft Leather.” I’m planning to drop those in the next few weeks. It’s some smooth shit; we play all types of shit. 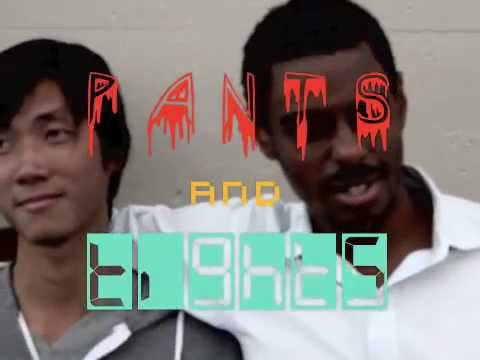 DX: So what are you listening to right now?

Quelle Chris: That’s a mean question man. If you know me, that’s a really mean question. Nothing. Nah, there’s actually one artist I’ve been bumping a lot lately to be totally honest and that’s this dude KnXwledge.

DX: Yeah, that dude is a monster.

Quelle Chris: Yeah, I kicked it with him and Dibiase, and I was just stunned. ’Cause you know I make beats for myself and the crew or whatever, but these guys got beats and beats and beats. It’s like they make them every second. I was really inspired by those cats. Denmark Vessey of course, and the beat from that “Lou Ferigno’s Mad” shit. That shit is crazy.

DX: What about the Rap game or Hip Hop in general are you not feeling right now?

Quelle Chris: Hmmm, that’s tough because most of the things people complain about I’ve kinda rationalized already. People say there are too many artists, but that doesn’t necessarily mean that there’s more competition. Just because there’s a crapload of garbage, doesn’t change the amount of talent. So I guess nothing, really. People like what they like. As long as my name ain’t thrown up in the mix, I’m cool. I think the whole tastemaker type blog shit is getting kinda out of hand. With all of this social networking now, the shit is like a really big high school.

Quelle Chris: Right. I mean, you got levels or your spirited motherfuckers or whatever. But essentially, in high school you did shit off of the go of the people you were around. Everybody’s looking for other people’s approval. I think a lot of the time people will really like something, but the only way you can put it out there associates you to it in a way that people can judge you. So people are afraid to say what they like until other people say they like it. It’s kinda always been that way.

DX: But the social networking shit has taken it to a whole new level

Quelle Chris: Yeah, since everything is so public now, it takes more guts for people to just be like, “I like this shit,” and vice-versa. I can’t really complain about it; it’s not like a barrier or nothing like that. But people can just say what they like and don’t like, you know? That’s about it.

DX: What is a stereotype that or box that people put you in that you would like to disprove?

Quelle Chris: I don’t know. People compare my music to some of the shit that I think is the best. I would hate to disprove that. People have said that it’s weed music, but if you listen to everything I do, a very small percentage of songs are actually about weed. It’s whatever. I do smoke weed, you know.

DX: Like weed is some shit you smoke, not who you are type shit?

Quelle Chris: I don’t like going into songs with a plan of what it’s gonna be about, I just go into it. If I happen to be smoking at that time, that’s what the rhyme will be. I like to write. I’m not really into freestlying or rapping off a fucking phone and shit. It’s not the same. I just write whatever is popping into my head, which is usually what’s around me.

DX: And the weed is usually around?

Quelle Chris: Yeah. So being called a weed rapper doesn’t really bother me. It’s cool. Being called a genius is great. Nothing has really been bestowed upon me that I’m like angry about. People say they don’t like me, and that’s cool too. There are billions of people out there. I’d say a majority of them have ears. So if somebody thinks it’s wack it’s not a big deal. I’ve been making music for a long time After going through it for so long, I’m so comfortable in my way that there’s nothing people can say to deter me from banging on my drum. 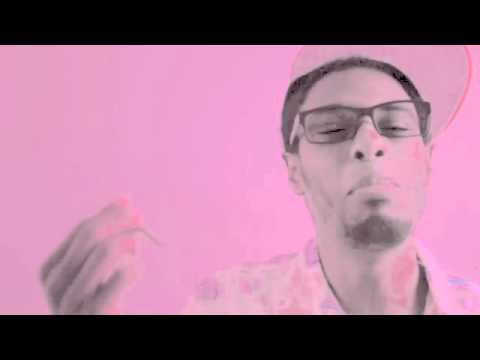 DX: Based on that Shotgun & Sleek Rifle Intro, I’m obligated to ask you what’s your favorite Ninja Turtle?

Quelle Chris: I always say Donatello for two reasons. One is that he’s smart, and two is we all know he’s black. We all know. If you watched the movies, you see he was darker than the rest of them. He even kind of looked like…I don’t know how they did it, but he still just kind of looked black. Yeah, I would say Donatello. He was smart and black. I gotta stick with my brotha.

Quelle Chris: Support music. Stop asking for shit for free. And if you do like somebody’s music I understand times are tough and shit, but purchase it. There was a time when you had to purchase it, and the music was valuable. If something happened to your tape, you would be pissed. You would appreciate the music cause you put something towards it. Start appreciating music again. Come up out your pocket, and stop being lame.