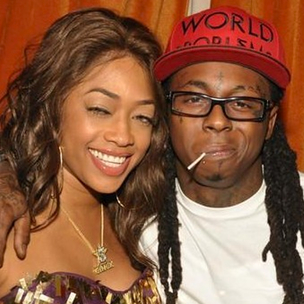 Rappers have been making predictable odes to coupling long before the late Notorious B.I.G. willed his dreams about “R&B chicks” into existence by marrying Faith Evans. And, more often than not, some of those same unions have mirrored another classic Biggie line by being “short like leprechauns.” Some emcees, like Nas, have been extremely outspoken about the ups and downs of their relationships. While others, such as Jay-Z, rarely if ever speak about their significant others. Luckily, the average emcee’s rhyme book contains just about all we need to know about their love life.

In honor of Valentine’s Day, we look back at the bars that hinted at the beginning or ending of some of Hip Hop’s more popular relationships. From Drake’s speculative bars about a certain Grammy nominee on “No Lie” to the obscure, ill-fated union between SWV’s Coko and Butterfly of Digable Planets, rhymes can often provide more insight than the average rapper’s soundbyte. And the rhymes often last longer than the relationships they reference.

“Me and Gutta had two spots / The two for five dollar hits / The blue tops / Gotta go / Coolio mean it’s getting too hot / If Faith have twins / She’ll probably have two pacs / Get it—Tupac’s…” –Notorious B.I.G.

This is absolutely one of the Notorious One’s most notorious four and a half bars. The backdrop to the reference looms ominously as part of a tragic chapter in Hip Hop history. But before the East Coast versus West Coast beef reached its bullet-ridden conclusion, the punchline served as a sly reference to Tupac’s vicious assertion that he’d fornicated with Faith Evans—Biggie’s wife—on the now infamous “Hit Em’ Up.” Away from the conflict though, “Brooklyn’s Finest” was confirmation that things were rocky with Bad Boy’s first family. And while the couple was reportedly estranged by the time Christopher Wallace passed away in March of 1997, Biggie and Faith never filed for divorce. Who knows what might’ve been had cooler heads prevailed.

“Ain’t nothin’ happening with that breakdown talk / We could walk the walk and keep it real / Like New York I’m sewed up / If beef / Just show ‘em I’ll blow ‘em / Twice / And we’ll just keep flowin’ / Like Chardonnay on ice…” –Butterfly.

Arguably, one of the more under the radar couples in the history of emcees wifing R&B songbirds. This union of onetime Digable Planets and SWV members produced a son, Jazz, and the 1996 duet, “That’s What I’m Here For.” While Butterfly may have initially been ready to bust his gun (twice!), this pairing didn’t continue to flow like Chardonnay. They split, and Coko married Gospel drummer and producer Mike Clemmons.

“Tone and Poke know / Natina does not play /  When she get on the mic / She say what she gotta say / Dr. Dre and Snoop / Know Kurupt is ill / From East Coast to West / The unforgettable skills / Bust from head to head / Sippin’ on Remy Red / Runnin from club to club / Nickels and diamond dubs / Ready to rock spots / Fours and drop tops / Kurupt in Gangsta Rap / Natina be runnin’ Pop…” –Kurupt.

Contrary to its title, this duet actually marked the beginning for Tha Dogg Pound’s Kurupt and vocalist/rapper Natina Reed of Blaque. This is easily one of Kurupt’s only family-friendly offerings—word to the animation and sing-song chorus. The fact that this track was one of the only times Kurupt showed a softer side arguably speaks to the bond he had with his former fiancée and mother of one of his sons. Sadly, Reed died in 2012 in a hit-and-run collision. Kurupt stepped up in admirable fashion with a public statement and paid for Reed’s funeral expenses.

Common wasn’t the only person to catch the business end of a Drake guest verse in 2012, as Drake allegedly threw some vicious bars at one Robyn Rihanna Fenty on the 2 Chainz single “No Lie.” Was this the diss that flipped the script on Drizzy being used by Rihanna while he was still early in the game? Is this at the heart of the New York club brawl between Drake and Chris Brown that sent bottles and lawsuits flying? We’ll never know. As with most classic disses, Drake didn’t call out the Grammy nominee he smashed by name.

“Girl I wanna fuck you right now /  Been a long time / I been missin’ your body / Let me turn the lights down / When I go down it’s a private party / It’s not even her birthday / But I wanna lick the icing off…” –Chris Brown.

Rihanna and Chris Brown’s “Birthday Cake” remix may be a testament to the theory that great sex is hard to forget. Anybody with a Grammy Awards seating chart can see that RiRi can’t stop rooting for #TeamBreezy. If it’s not that raw, unadulterated passion, maybe everybody else is missing something from the Virginian’s charm, character and charisma, or lack thereof—off the dancefloor.

He’s chillaxing comfortably at the pinnacle of Hip Hop. She’s the reigning queen of R&B. Reportedly BK and Jay-Z started dating in 2000, but waited until October of 2002 to confirm their relationship to the world on “03 Bonnie & Clyde.” The song was the perfect set-up in retrospect. Hov and B mixing it up Mary and Meth-style over a redux of Tupac’s Makaveli classic, “Me And My Girlfriend.” This was a statement track layered intentionally with an additional coat of Hip Hop history, enough to put the fawning entertainment media in a headlock. And once Beyonce’s solo career took flight in May of 2003 with an explosive feature from her top billin’ beaux on “Crazy In Love,” their once secretive relationship was officially common knowledge. Over a decade later, Hip Hop’s first family is still together—and still stopping the globe with every public appearance.

“Break records at Louie / Ate breakfast at Gucci / My girl a superstar all off a home movie…” –Kanye West.

Kanye already admitted he fell in love with Kim Kardashian on Cruel Summer’s lead single “Way Too Cold” (previously titled “Theraflu”), but his “Clique” confession confirmed their commitment. The line itself pulls an old battle rap tactic made famous in Eminem’s movie 8 Mile. Most rappers—most men, rather—would arguably distance themselves from their lady’s less than flattering past. Not Ye, though. The multi-platinum musician tackles the on-coming flack with class, saying out loud what so many gossipers were saying online while using it as a declaration of empowerment. Now with a baby on the way, Kanye and Kim K continue doing so in compelling fashion.

The relationship that we believe Kanye West had promised to end in marriage on “Never Let You Down” had soured five years later. Heartbreak was a real force on ‘Ye’s fourth album, and he publicly aired his differences from low-profile Alexis before becoming the fame magnate that we now see in a different light.

“L been this way since creation / A groupie call you fall from temptation / Now you wanna bawl over separation / Tarnish my image in a conversation / Who you gone scrimmage like you the champion / You might win some / But you just lost one…” –Lauryn Hill.

Ms. Hill wasted no time exorcising the demons of a relationship gone awful. In a sense, track one of her 1998 classic solo effort, The Miseducation Of Lauryn Hill felt like a lyrical cleansing. Reportedly, Wyclef and Lauryn dated clandestinely throughout the Fugees multi-platinum heyday and—in his 2012 autobiography, Purpose: An Immigrant’s Story—‘Clef finally offered his account of how the affair dismantled the talented trio. But neither rumor mill nor biographical confession were needed to feel the aftermath of L-Boogie’s anguish and emotional detachment. Her cold verses on “Lost Ones” revealed all that and then some. Hell hath no fury like an emcee scorned.

“The whole time I’m noticing you actin’ unusual /  And I can’t figure out who the fuck you being true to / Said the wi-fi was down in the tellie / But you ain’t say you was at hotel his house / Looking like a groupie / Or maybe I misunderstood / When you said y’all two was making a movie / Lookin’ at the shit pile I stepped in again / And to top it off / Your ho ass is pregnant again…” –Joe Budden.

From the days of talking about “Angie” on mixtapes, the women in his life are clearly an accessory to his brand of Mood Muzik. “Ordinary Love Shit III [Closure]” was no different, as Joey accused Esther Baxter of infidelities on this popular Internet leak. The rapper took his own struggles with a prominent figure and made his legions of fans feel it as their own—signature Buddens.

“It’s only been three months / And I already got it bad / So hooked and I keep on comin’ back / My girlfriends telling me / I don’t know how to act / But I’m telling them baby bye / Fall back / He’s so good / And he knows how to love me / But so hood / And he’s so heavy in the streets…” –Ciara.

The image of Ciara and 50 in a half-naked embrace in the “Can’t Leave ‘Em Alone” video more or less removes any need for speculation here. And judging from the song’s lyrics, it’s safe to assume that CiCi was drawn to 50’s reputation for being “heavy in the streets.” She told radio host Rickey Smiley that at one point they were “best friends,” yet things soured because 50 was “afraid of love.” In an interview with Howard Stern, Chelsea Handler accused Ciara of interfering with her own budding relationship with 50 Cent—which Ciara denied. There was a brief Twitter spat, but now it’s pretty clear that all three parties are in fact leaving each other alone.

“Stay truthful to you / And never lie to you / And I won’t ever keep no secrets no matter whatever / Boy you see that I’ve changed / Well if you don’t then I’ll explain / I’m the real Mrs. Wayne / All them other chicks is lame…” –Trina.

Trina ended any need for speculation about a possible relationship with Lil Wayne by remixing “Prostitute Flange” from his The Drought Is Over 2 mixtape. The self-proclaimed “Baddest Bitch” may have even thrown a subliminal shot at the likes of Karrine “Superhead” Steffans and other women alleged to be involved with Wayne in between what many believe were two separate unions between Wayne and Trina. Obviously the feeling was mutual. Years after they split and Wayne went on to father multiple children, he hit the stage of a packed Miami nightclub in 2012 to publicly declare that he “loved and missed” Trina.