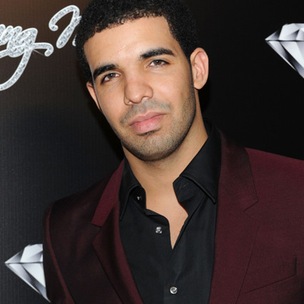 The views and opinions expressed in the following feature editorial are those expressly of the writer of this piece and do not necessarily reflect those of HipHopDX: 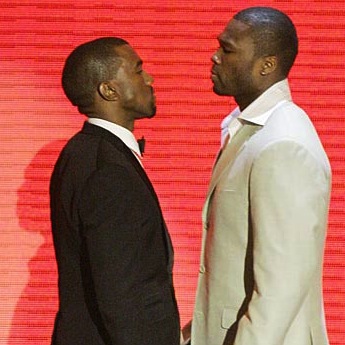 When 50 Cent went after Kanye West in a somewhat-staged sales battle in 2007, many fans questioned why Fif would go after someone like ‘Ye, who had (and has) largely remained out of the beef side of Hip Hop. 50’s explanation was simple: he and West were both vying for king of the hill, and in Hip Hop; it’s put up or shut up. As 50 has explained multiple times, he grew up listening to KRS-One, whose legendary beef with MC Shan is the stuff of Hip Hop legend. “Aggressive content,” as Fif loved to term it, is an integral part of Hip Hop. Yet 50 was vilified for his decision to go after Yeezy. After all, ‘Ye never really beefed with anyone, and never claimed to be the type of emcee that went for others’ throats. Throw in Kanye’s comparatively soft subject matter, and it was easy to paint 50 as the bully that went after the soft-spoken kid who excelled in art class. 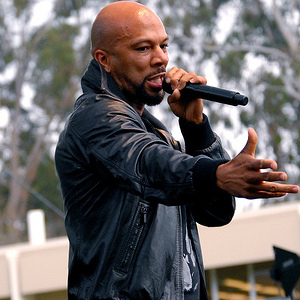 Fast-forward to the present. Several weeks ago, Common confirmed suspicions that his incendiary track “Sweet”

was aimed at Drake, putting Hip Hop heads in as big a fervor as the 2007 Fif-‘Ye sales battle – except the opinion is completely opposite. Common, the 50 Cent in this scenario, has seemingly received props for going after Drake, whose saccharine content, reliance on singing, and interviews (He once told the Village Voice: “[My] heart would be beating out of my chest if I ever stepped to another guy and I had to battle him [for] three rounds, long-ass rounds with so many raps to remember”) are enough to drive the “traditional” Hip Hop fan insane.

It’s kind of interesting, actually, because Kanye paved the way for Drake, Kid Cudi and the like, didn’t he? 808’s & Heartbreak made albums like Take Care viable. Throw in the fact that Common actually makes a “9mm Goes Bang” reference on “Sweet” – a song that HipHopDX’s very own J-23 pointed out could’ve been about Com himself – and you have a comparison that’s both telling and irresistible.

“Used to love her, mad ’cause we fucked her / Pussy-whipped bitch with no common sense” – Ice Cube, “Westside Slaughterhouse” (Westside Connection) 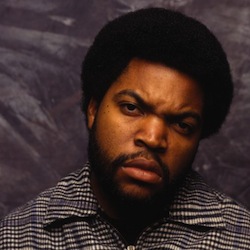 Maybe the funniest thing about this, aside from the fact this beef might actually be over Serena Williams, is that Common has been in this same exact position before. When Common’s “I Used to Love H.E.R.”

rubbed Ice Cube the wrong way, Cube took shots at Common, calling him a “pussy-whipped bitch with no common sense” on Westside Connection‘s 1996 song “Westside Slaughterhouse.” After all, what does the image of a knitted cap-wearing thoughtful emcee evoke in a dude like Cube?

It’s actually shocking just how similar all of the above situations are, and even more shocking how fans have taken Common’s side, while shunning 50 Cent in ’07 for doing the same exact thing. So what’s there to say about this inconsistency? To me, if 50 Cent is at fault, Common is, too (and it’s beyond me that someone that recorded “Make My Day”

could call anyone soft). This points out some hypocrisy on the fans’ parts.

“It bothers me when the gods get to acting like the broads” – Drake, “Stay Schemin'” 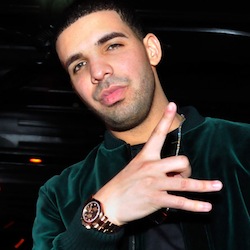 In an uncharacteristic move, Drake bit back, suggesting on Rick Ross‘ “Stay Schemin'”

that Com was “reaching just to sell records.” This prompted Com to quickly respond with a remix of the song, threatening to catch bodies and calling Drake’s style of Hip Hop “ho music.” It couldn’t be more perfect, could it? You could almost switch Common’s verse here with Cube’s aforementioned bars, and the practical effect would be exactly the same.

But this isn’t just about Common vs. Drake, 50 Cent vs. Kanye, or Ice Cube vs. Common. Those juxtapositions raise broader questions: is it fair to deride an artist simply because they don’t fit the archetypal “tough” emcee mold? Would we feel more comfortable with the Drakes and Cudis of the world if they categorized themselves R&B artists who rhyme a bit? If an artist calls himself an emcee, does he automatically take on the responsibility to show and prove – especially if he calls himself the best? If so, what’s Kanye’s excuse? Or the kicker: what’s really bothering the fans?

I submit to you that, on some level, the new age of “alternative” emcees – Drake, Kid Cudi, Wiz Khalifa, B.o.B., etc. – are no different than Kanye West, Pharcyde, and, yes, Common. We forgive Kanye’s penchant for wearing red leather or kilts on tour because he’s a phenomenal producer with an outstanding catalogue of his own. Hell, fans have, by and large, overlooked Lil Wayne‘s Birdman-kissing and jeggings-wearing ways because they can’t wait to bump the next No Ceilings

mixtape. But when it comes to the Drakes of the world, the same people that extol Kanye for his “alternative” approach to Hip Hop clown Drake for not being masculine or hard enough.

As Editor-at-Large Omar Burgess astutely pointed out: “There’s nothing wrong with singing in Hip Hop or conveying emotion in and of itself. I often point to Pimp C—someone who Drake clearly fashions himself after. UGK’s ‘One Day You’re Here,’ is a perfectly-executed example of how well rappers can convey emotion. Over a decade later, we find Pimp C remaking a ‘Frankie Beverly and Maze’ ballad with ‘Feelin’ You.’  There’s nothing overtly macho about Maze featuring Frankie Beverly. As great as their music is, that’s some sensitive, emotionally vulnerable territory.”

And there’s the key: execution. Hip Hop fans are making the excuses for Common that they wouldn’t for 50 (who got the go-ahead when his target was a singing Ja Rule) solely because they can get with Kanye’s music, but not Drake’s. But why not admit it? Would it be so bad to come to terms with the fact that you love music for the sake of music’s quality, rather than because an emcee’s wardrobe or rhetoric comports with what you think is masculine or “real?” If you think “Fancy”

is the worst song every recorded, why not just say that instead of pretending that masculinity (or some idealized notion of “real” Hip Hop) is what’s relevant here? It’s a cop out, it’s lazy, and it’s hypocritical.

Hip Hop bucks many trends, but one tried and true adage certainly applies: history repeats itself. That much is evident when looking at the aforementioned scenarios. Where it gets really interesting, however, is when the double standards start pouring in. It’s dizzying trying to navigate fans’ rationalizations for one emcee when viewed alongside the ridicule to which others are subject. A lot of reasons are offered by fans, and many of them are, on their face, contradictory. But when one looks those past those reasons, it’s easy to see that what really drives the fans’ opinion is whether or not the artist delivers on wax, the conversation becomes considerably less murky. So next time when “MC Get Bizzy” drops some wack shit, and he happens to be rocking capris, keep it all the way thorough by critiquing whis music – not his wardrobe – because we all know you’ll be rushing to cop Kanye’s next single, even if he’s rapping in fishnet stockings.

Slava Kuperstein is an Ellicott City, Maryland native by way of Odessa, Ukraine. He has been writing for HipHopDX since 2006. Follow him on Twitter @SlavaHHDX.