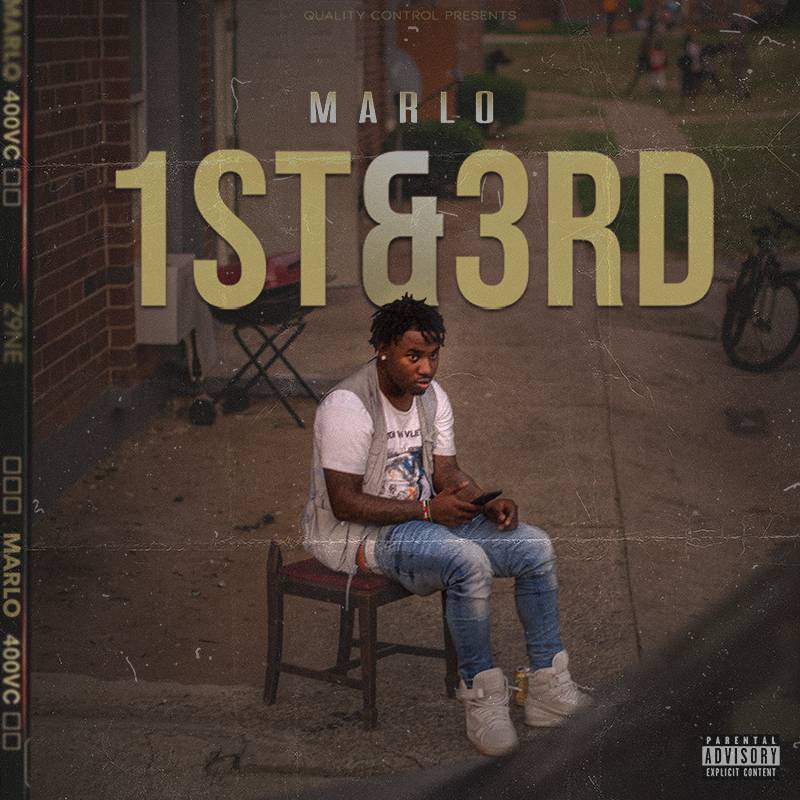 When Lil Baby first rose to prominence back in 2018, many critics and fans wrote him off as a Young Thug copycat with some Migos influence intermixed. But in hindsight, those comparisons weren’t really fair. He’s not a lyricist or a clever spitter, but his brand of slushed melodic mumble rap didn’t really resemble Thugga or Migos either.

Since then, he’s carved out a place in the game and seems to be putting in the work to improve his delivery. And now, the artist that was once written off as Atlanta’s rap mime has spawned copycats of his own. Except, the Lil Baby clones fail to measure up to even Baby at his most half-baked; Marlo is one of the worst offenders.

The Quality Control rapper has been in the game since 2017 but hasn’t shown much improvement, evidenced by his latest mixtape, 1st & 3rd. It’s obvious the trap factory at QC tried to punch up this release, throwing several buzzing rappers on the feature list. However, even a tape that flaunts Lil Baby, Future, Moneybagg Yo, Blac Youngsta, Quavo and the godfather Young Thug, can’t overcome the bland droning of Marlo.

The main problem with Marlo is he has no distinct qualities. Regularly throughout the release, it’s difficult to decipher between him and his features. He just doesn’t command attention.

It’s so on the nose the track might as well be satire.

The guests try to keep the glue together, but even their presence can’t strengthen the flimsy adhesive. Young Thug and Tay Keith swoop in to inject some bounce and liveliness into “Stay Down,” but again, Marlo falls flat. “Fuck Em” also gets a passing grade off the charisma of Black Youngsta and Moneybagg Yo, just tune Marlo out.

While Marlo isn’t distinct or original, sometimes he steps up and makes a passable track. At times, Marlo illuminates his situation, like on “Street Talk,” where he details a rags-to-riches story coming out of the projects. However, even in the rare instances where he gives the listener a sense of who he is, he undercuts these sentiments with enough rap clichés to fill a trap rap guide for dummies.

“Kickin Thoughts” also provides more context to Marlo, opening with him talking about being numb to the world due to the death of his friends. There’s a detached and defeated tone in his voice, haunted by the demons of the past. It’s bold enough to almost make the listener see him in a new light. But right when you start to come around on Marlo, he litters the chorus with bars about fucking a bitch and driving cars fast. It comes off disjointed and sounds entirely out of place, which makes it seem like Marlo is just trying to get by, rather than elevate.

And that’s a shame; because it’s clear he has ideas, and if he drew on his experiences more, it would make for a much better record. As it stands though, 1st & 3rd is the ultimate mash of trap rap: telegraphed, trite and tailored to fall into the background.