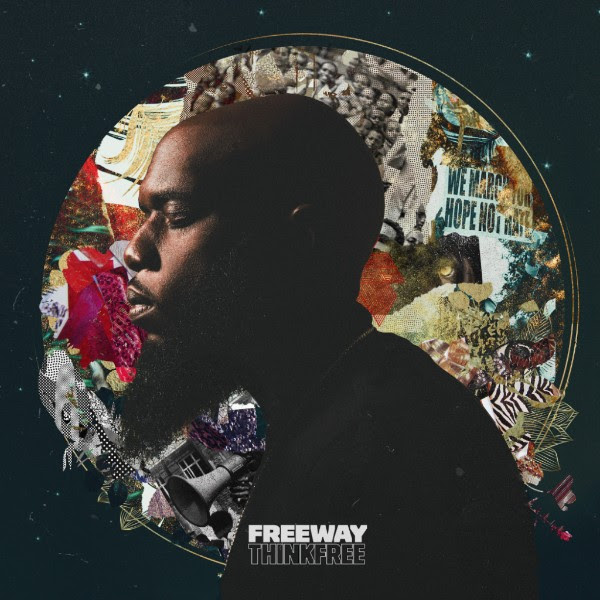 Think Free is a homecoming for Freeway.

After making his Hip Hop mark as part of the 2000s Roc-A-Fella Records dynasty, Philly Freezer has reunited with JAY-Z at Roc Nation. With Freeway representing the Roc once again, it’s fitting that his new album takes listeners back to good ol’ days and feels like a throwback.

Although Think Free doesn’t boast the heavyweight lineup of producers from his debut (2003’s Philadelphia Freeway), the style harkens back to the State Property member’s breakthrough release. An array of soulful samples and hard-knocking street bangers make Freeway’s latest work feel like more of a proper sequel to his debut than the actual Philadelphia Freeway 2.

Instead of Just Blaze and Kanye West, Freeway can thank beatmakers such as DJ Skizz and S. Frank for providing the vintage flavor. Skizz is the real MVP of the album, providing the production for a three-track section midway into the LP that elicit the strongest performances.

The piano-anchored “Legacy” features one of the album’s best hooks and some touching reflections on Freeway’s slain friend The Jacka. The boom bap of “All Falls Down” is the backdrop for the veteran MC’s reflections on his kidney issues, revealing how the health scare has revealed fake friends in his periscope. And “Life On The Line” closes out the musical trinity in a strong fashion, with the honest rhymer putting his own spin on Common’s classic “I Used To Love H.E.R.” concept.

The soul samples are truly a comfort zone for Freeway, allowing him to flex his rhyming prowess from the get-go on the unabating “Intro.” The deviations from this formula are a mixed bag, though they work early on for some high-quality collaborations.

Scholito’s minimalistic approach on “Blood Pressure” lets Freeway and Lil Wayne’s slick bars be the focal point. The triumphant horns of “The Nation” also strike the right chord for Philly Freezer’s jabs (“don’t make me Freemix your instrumental) and Jadakiss’ haymakers (“you violate me, I bring the Tommy back”).

Straying away from his strengths is when Freeway experiences the misfires, however. The most egregious is “Swagger On Mayo,” which sees him trying to fit the square peg of Lil Uzi Vert in a round hole of more conventional rapping. Instead of playing to Uzi’s strengths, the record tries to make him play Freeway’s game and fails in doing so.

“All The Way Live” is another downturn, attempting to conjure up a striking East Coast anthem in 2018 but only managing to create a generic joint in doing so. Its blandness is all the more glaring due to the sequencing, surrounding it with the vibrant “Cocaine White” featuring Fat Joe and “Real One,” which includes some towering vocals by BJ The Chicago Kid.

While the album does have its obvious miscues, they don’t hamper the multiple high points on Think Free. Philly Freezer’s reunion with the Roc is a success, resulting in his best work since 2010’s The Stimulus Package with Jake One. It’s difficult picturing him ever topping Philadelphia Freeway, but more projects like Think Free would rank in the top half of his discography.