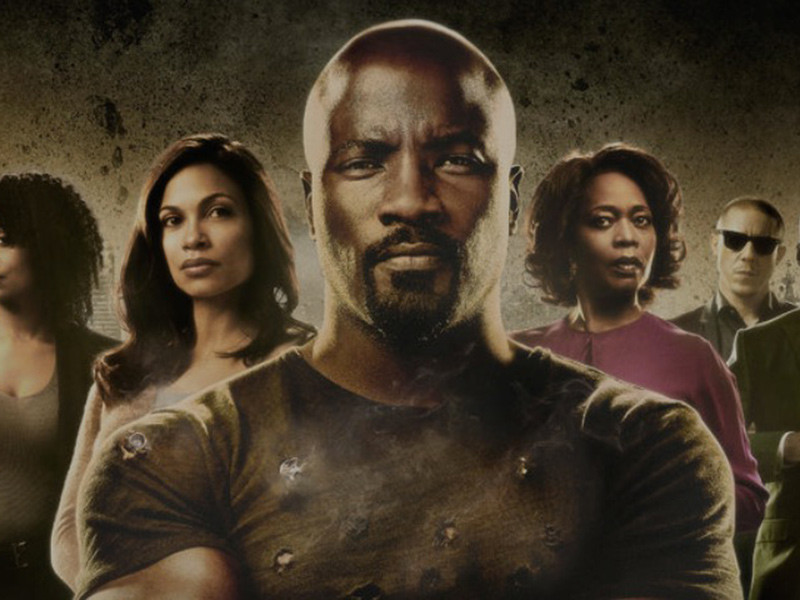 Marvel’s hit Netflix show, Luke Cage, just had its Season 2 premiere on June 22. The night before the premiere, at the Edison Ballroom in New York City, members of the cast, crew and the composers of the score made an appearance to celebrate — and get a sneak peek — at the second season.

For composers Ali Shaheed Muhammad and Adrian Younge, however, Hip Hop — as a genre, as a lifestyle, and as it’s known in New York City in particular — was just as much a part of the filmmaking process as the cast and crew. Citing Wu-Tang Clan as a frequent influence for their work, Muhammad and Younge said that they drew from the New York City Hip Hop of the late 1990s to compose some of the most pivotal scenes in the show.

“Hip Hop has embodied the spirit of blackness — it has exceeded its origins,” Muhammad told HipHopDX at the premiere. “And that’s what makes Hip Hop so special: it’s been able to sample from music from the 1960s to the 1980s in order to make something fresh and current.”

Muhammad went on to say that the first episode of Season 2 starts off with a Mobb Deep track. This dark tone deliberately set the theme for the rest of the season.

“That’s a tone that [showrunner] Cheo [Coker] told us about before we began composing [the soundtrack],” Muhammad noted.

Muhammad, best known for his work with A Tribe Called Quest, said he was originally recruited to compose the score for Luke Cage based on that former affiliation. Younge, his producing partner, is an entertainment law professor who previously scored the film Black Dynamite.

For The LOX’s Jadakiss, the process of getting a song of his on Luke Cage was a bit more organic.

“At the time, I was working on music with Faith Evans,” he said. “We’ve got a single called ‘New York,’ that [Marvel] wanted to be a part of the series. It actually worked out better than we thought it would.”

Jadakiss, who is currently promoting his chain of organic juice stores in low-income and disadvantaged areas, said the integration of Hip Hop into such an influential superhero franchise was phenomenal.

“I think it’s amazing — them combining the cultures like this,” he said of Muhammad and Younge’s work. “This is a very powerful show. And for them to use Hip Hop to push it and keep it going is a beautiful thing. Hip Hop is now being included in everything. Netflix is really taking over the world, and for them to use [Hip Hop] music in the show, shows how powerful it is. And I really appreciate it.”

Season 2 of Marvel’s Luke Cage is currently available for streaming on Netflix. Check out some more photos from the New York City premiere below.