Review: Beyoncé & JAY-Z's "EVERYTHING IS LOVE" Is Pure Musical Matrimony 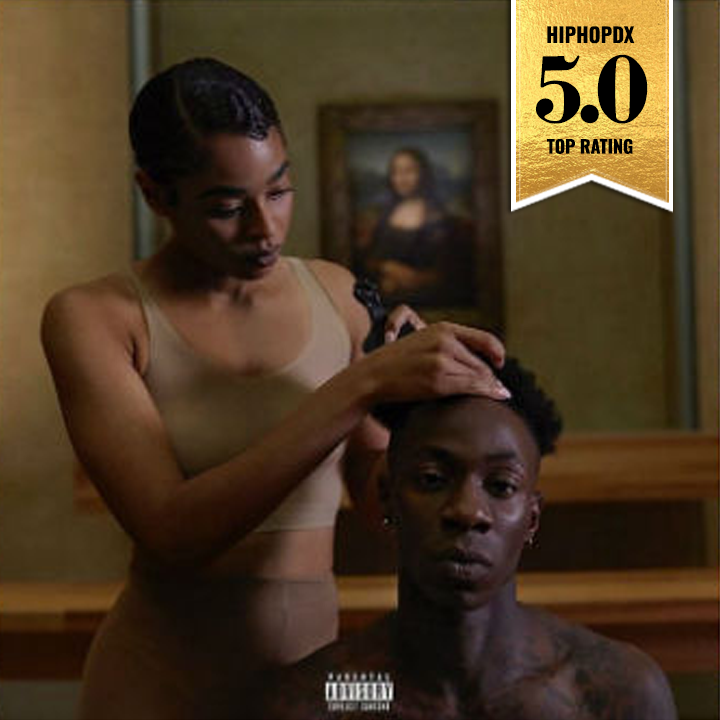 Beyoncé and JAY-Z — collectively known as The Carters — caused mass hysteria on social media when they released EVERYTHING IS LOVE on Saturday (June 16). But to fully understand their surprise joint album, it’s imperative to at least have some knowledge of Mr. and Mrs. Carter’s tumultuous past, which includes infidelity, the infamous elevator fight and a man who claims to be Hov’s secret son.

With nine tracks and 38 minutes of some of their most private thoughts spilled out on wax, EVERYTHING IS LOVE is like an audio diary of a complicated — yet rich — love affair. Much like Beyoncé’s sweet and sour LEMONADE and Jay’s repentant 4:44, it puts everything on the table. But this time, the billionaire power couple rights their wrongs and moves toward reconciliation and healing.

From the breezy, hopefulness found on “SUMMER” to the unapologetic bravado on “NICE,” Bey sounds indestructible as if she’s rebuilt the once-crumbling confidence caused by her husband’s past indiscretion.

Not only do we get Beyoncé flawlessly rapping (leading many to crown her the new Queen of Rap), but we also get Jay watching the throne like his legacy depends on it, leaving Hip Hop’s young bucks in the wake of his grown-man raps.

See the scathing line on “NICE,” where Hov vents, “Y’all drag me in court for that shit, y’all backwards/ After all these years of drug trafficking, huh/ Time to remind me I’m black again, huh?” or “Since the Kalief doc, they’ve been at my neck/ Y’all can tell ’em Trayvon is comin’ next/ The SEC, the FBI or the IRS/ I pass the alphabet boys like an eye test” on “Black Effect,” Jay tackles heavy topics but with the eloquence of the tenured MC he is.

Endless Hip Hop references are also peppered all over the album. For example, on “713” the Carters trace back the origins of their union with a celebratory “Still D.R.E.” chorus interpolation as Jay slyly collects an extra publishing check for originally penning the West Coast anthem.

Over the dreamy soundscape of “HEARD ABOUT US,” Jay shoots down the rumor he’s been hiding a child for 24 years with, “Billie Jean in his prime/ For the thousandth time, the kid ain’t mine,” while he smoothly rebukes the multiple lawsuits pending against him on the aforementioned “NICE.”

Then with the anthemic “APESHIT,” they’re able to take a fresh approach to the current wave of trap-infused beats and elevate it, complete with assistance from Migos rappers Quavo and Offset. It’s here Beyoncé shows off her frenetic rap skills and Jay reminds his fans why he refused to perform at Super Bowl LII, a clever shoutout to activist Colin Kaepernick.

“I said no to the Super Bowl: you need me, I don’t need you,” he raps. “Every night we in the endzone, tell the NFL we in stadiums too.”

While Hov doesn’t call out any of his perceived adversaries by name, he does throw out a few subliminal shots, specifically on “FRIENDS.” Here, Jay addresses his cold war with Kanye West, something ‘Ye talked about during a recent interview with Charlamagne Tha God. Although West confessed he was hurt by the Carters not attending his wedding, the Hip Hop mogul has a reasonable explanation for that. Simply put, his family comes first.

“I ain’t goin’ to nobody nothin’ when me and my wife beefin’,” Jay snaps before adding, “I don’t care if the house on fire, I’m dyin’, nigga I ain’t leavin’ … If y’all don’t understand that, we ain’t meant to be friends.”

Like a phoenix rising from the ashes, Beyoncé and Jay emerge stronger than ever on the final track “LOVEHAPPY,” which finds some of Bey’s most voracious lines about the affair and Mr. Carter still trying to extinguish the flames.

“You fucked up the first stone, had to get remarried/ (Yo chill…)/ We keepin’ it real with these people right/ Lucky I didn’t kill you when I met that b –/ (Aight aight),” they playfully rap back and forth as they leave the drama in the rearview.

Sonically speaking, EVERYTHING IS LOVE benefits from the sophisticated palates of two superstars and integrates reggae, soul, R&B and boom bap throughout but in a way that’s entirely seamless. Trustworthy studio gurus including Pharrell, Vinylz, !llmind and Mike Dean all pitch in for instrumentals that are both opulent and demure in their presentation.

While their marriage may have its flaws, EVERYTHING IS LOVE frankly doesn’t. It’s a storybook ending for two people crazy in love who never gave up on each other — or their craft.