Review: Dizzy Wright Makes A Dive For Mainstream Waters On "Don’t Tell Me It Can’t Be Done" 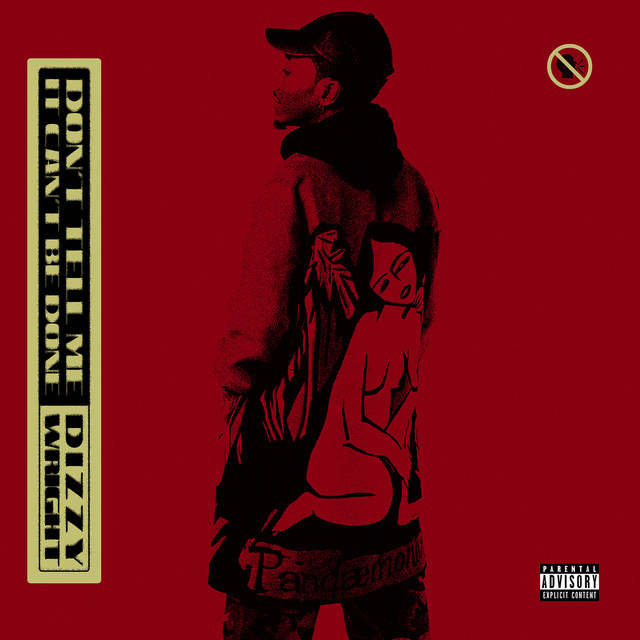 In the two years since the messy, all-too-public Funk Volume breakup, Dizzy Wright has released two EPs, two studio albums and a compilation project with former labelmates Jarren Benton, DJ Hoppa and co-CEO Dame Ritter. Now free to do as he pleases, Dizzy seems to have refined his skillset more than he’s ever done as a part of his old label.

The Las Vegas native has always been a more naturally talented rapper than his ex-mentor, Hopsin. And after earning his battle wounds as a bystander during that whole fallout, the once-barely visible chip on this happy-go-lucky stoner’s shoulder is now the size of Montana.

On his latest project, Don’t Tell Me It Can’t Be Done, Dizzy is effectively removed from his murky origins and comfortably in his own bag. Over a sparse seven songs (the magic number these days), the young rapper — whose uncles are literally Layzie Bone and Flesh-N-Bone of Bone Thugs-n-Harmony — pulls from his more melodic side in an attempt to navigate the current pop terrain. Typically shoehorned into the Wiz Khalifa stoner lane, Dizzy goes out of his way to highlight versatility in his songwriting that may separate him from the pack.

“Introvert” sees him muse, “How you gon’ boss up if you can’t put anyone in their place?”, seemingly referencing the very important lessons he learned during his initial come up under Funk Volume. It’s a telling intro in that it provides insight into the artist’s current state of mind, but it is ultimately a melancholic track that doesn’t do much to set the tone for the rest of the more up-beat jams on here. Where the rest of the project plays like a sampler platter of pop-rap tropes, the intro paints Dizzy as a stoic man of great introspection.

The features may seem odd but they’re clearly chosen to help highlight Dizzy’s range. The Kid Ink-assisted “Vibe” sees the typically wordy MC crooning like an unbothered Lil Uzi Vert while “Dope Talent”, featuring an unusually sedated Logic, is the designated “rap” song. Truth be told, this project feels overcrowded with four features in a 25-minute runtime. Dizzy rarely has a chance to flash his own talents, aside from the titular track or the pair of equally great closers.

Filled with references to Jaden Smith’s “Icon,” Childish Gambino’s “This Is America”, and with Dizzy sounding like Migos on the “Hit Em With the Pose” hook, this is the most current a Dizzy Wright project has ever sounded. Hopefully, this means that he plans to stick around and work on re-establishing himself as a solo act, far removed from the gimmicky shenanigans of his former label.