Review: Still Movin Puts Bars-N-Beats In The 2K18 Spotlight With "One Week Notice" 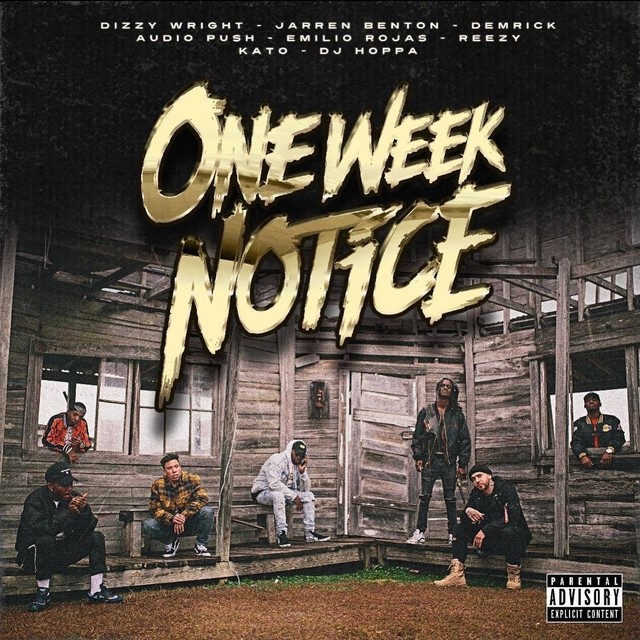 Ever since Damien Ritter and Hopsin fell out and Funk Volume dissolved, the indie rap mogul has been a man on a mission with his Still Movin imprint. The neatly-stocked collective — with some friends along for the ride — flexes its muscles as a force to be reckoned with on the creatively-diverse, musically-rich One Week Notice.

These days, label collaborations are almost as common as stupid Donald Trump tweets. Most of these projects check off all the standards listeners might expect from a label collab album: a flurry of features, anthemic joints, and a free-for-all feel that struggles to define a clear objective for the album. Still Movin has no such issues of conformity on One Week Notice. The crew plays to the strength of its artists’ differences, neatly spacing the album into three acts: chest-thumping bangers, thought-provoking cuts, and zoned-out records. The outlier is “Gas Up,” an obvious attempt at a stripper anthem that is wedged uncomfortably between the triumphant “Setbacks” and groovy “In Tune.” The cut is jarring but does little to detract from One Week Notice’s overall excellence.

Because of the crew’s focus, as well as the ambitious move to keep the album in the hands of five producers, these variations all sound like they belong on the same album. This diversity also highlights impressive versatility for such a small label. Early tracks “Proud” and “Icebox” feature standard boasts and minimalistic production that threaten to drop One Week Notice into a wasteland of stagnance. However, on the very next song, an infectious Auto-Tune hook makes “Get It N Go” radio-ready without being forced. Subsequently, “Count On That” features the kind of in-depth reflection seldom heard on a label collaboration: “I knew I’d make it here back when you used to clean the whole house to Jon B./And I get goosebumps from head to feet it was all foreseen like a palm read,” raps Price of Audio Push. Bars like these imbue the album with a three-dimensional feel that elevates it beyond competition among peers.

That’s not to say there isn’t a spirit of one-upmanship. Label mates Dizzy Wright, Demrick, and Reezy, as well as affiliates Audio Push, Jarren Benton and Emilio Rojas, rap like they’re playing pickup basketball for bragging rights. Rojas in particular raps like he hasn’t eaten in four days, snarling at fake friends on the opening “Die a Legend”: “I deaded some homies I couldn’t trust, like matalo matalo matalo/When money affecting your loyalty, I look at that shit like I got to go.” Meanwhile, Dizzy’s self-assured flow stands him out from the bunch, as his easy demeanor is now bolstered by his veteran status. However, every rapper, and producer, pitches in on the heavy lifting to turn One Week Notice into a formidable project.

Similar to the lyrical content, the beats feature an enriched variety that keeps the album interesting throughout. Hoppa’s ghoulish cries ensure “Flood the Night” won’t leave the membrane any time soon, while Official Empire supplies an appropriately spacy beat for Dizzy’s signature sentiments of positive energy on “In My Zone.” It’s that energy and attitude that makes One Week Notice a compelling combination of strong-armed lyricism and appealing sonics and is an indication that Still Movin’s rap takeover has only just begun.