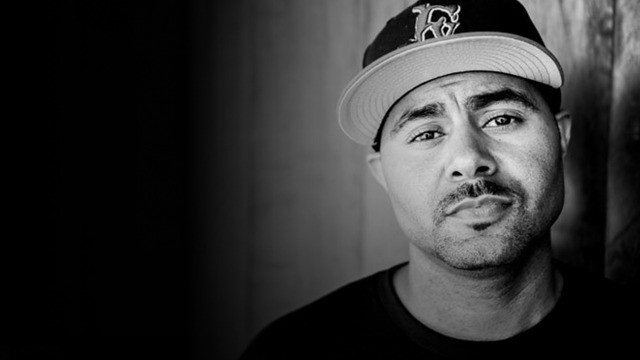 For many diehard fans of underground Hip Hop music, the date of January 2, 2016 will forever be the epitome of a holiday hangover. It was the day that independent powerhouse Funk Volume Records unraveled in the public eye as a result of Hopsin’s incendiary social media lambasting of his co-CEO, Damien “Dame” Ritter.

The announcement struck a lethal blow to fans who had sworn by the label for the past four years, leaving the future in a state of uncertainty and limbo. And then the artists began to share their personal experiences in the ensuing months. We spoke to Dizzy Wright, chopped it up with Jarren Benton — we even sat down with Hopsin as he cleared the air from his perspective.

Ritter remained the last key player in Funk Volume’s legacy to speak his peace, as he was waiting for the legal drama to subside. But that day has finally come and this why Funk Volume broke up, according to him.

Funk Volume Is A Record Label, No Longer

“First and foremost, all the legal is done. Funk Volume is officially no longer a record label so I want to make sure I didn’t jeopardize that process,” Ritter says on his reasoning for staying silent for so long.

“But I think secondly, if I would have spoke out sooner, I wouldn’t have had a chance to kind of reflect on what actually happened because during that time, it kind of was like a tornado; stuck in the midst of things. It’s not always the best [decision] to talk while things are in chaos. I kind of wanted to let things die down so I could better understand what was happening.”

Funk Volume Ended Without A Conversation Between Hopsin

“I’m not really able to discuss how the assets were divided but [Hopsin and I] came to a resolution. I haven’t talked to him in many months. Everything we did was done through lawyers to end it. All I can say is we’re both moving on.

The last time I actually talked [to Hopsin] was the discussion with the entire team. The last discussion that we had, we were actually trying to work things out. Myself, Dizzy, Jarren, SwizZz and Hop on the phone.

There’s no beef on my end. Again, I think it’s sad and disappointing how it ended. I try not to carry around any negativity because if you hold on to any negativity, it’s ultimately going to affect you and what you’re carrying around. So there’s definitely no ‘beef’ on my end. If I saw him, I don’t know what would happen or what I would say.

I’m always willing to have a discussion and was willing to [at the time of the fallout]. He had blocked my number like in early December. We had a few email exchanges but my number was blocked. I know Dizzy was trying to get him to talk to me and he refused to have a conversation. I honestly think eventually he will call me and I think it will be an apology. If he ever calls me, I think that’s what it would be. But I don’t know if he ever will get to that level of maturity. I don’t know. But I don’t know what else he could say outside of that. I’m not waiting on it.”

Why No Funk Volume Members Moved On With Hopsin

“We probably reached 25% of our potential …” — Damien Ritter on Funk Volume being compared to TDE.

“I don’t think anybody agreed with his tactics. There was a lot wrapped up into how he felt. I think that there were some things that the guys agreed with him and some changes that needed to be made in the label but there’s nobody that agreed that I was stealing money or he should have went to the extent of dropping a diss song and throwing the entire label away, over me suggesting that he didn’t work hard. There’s nobody that would agree to that.

When I was suggesting that he ‘didn’t work hard,’ Hopsin works tremendously hard when he’s actually making music. His attention to detail to his music; when he’s locked into his creativity, he works hours and hours. However, after that, is where we fall short. When I say ‘he doesn’t work hard,’ I’m talking about missing flights on purpose to do PR for the albums he’s putting out.

I've been having issues with my business partner Damien Ritter. We started this whole FV shit years ago, but this man has all the sudden built up the courage to disrespect me and tell me I don't work hard when I've made him Extremely wealthy over the years from my music. At this point, if he doesn't leave funk volume, then I will. I'm putting it out there publicly so he knows that it's fuck him forever. If ur a real Hopsin fan, I need your support right now and I only hope u continue to strongly support me if/when I leave FV. My heart will always rep FV, but as of right now, it's not home for me as long as Dame is apart of it.

When we put out Pound Syndrome, we were supposed to have two days of PR in New York and he misses his flight on purpose because he doesn’t like doing that stuff. So showing up not prepared, showing up late to meet and greets, not finishing videos that we’ve already invested tens of thousands of dollars in — not being prepared for live performances and walking off Revolt. And that was like the crucial week of his album.

Saying he doesn’t work hard was putting it light. I didn’t get a chance to blow up and really go in how I really wanted to go in because those things are really super frustrating when I’m working to set these things up and we have relationships with Warner Bros. So I need Hopsin’s participation and when you don’t show up with positive energy to get through those things, we’re not taking advantages of those opportunities to promote your album. But I think he took it to heart in terms of making the music but that’s a small percentage when it comes to being successful. We gotta promote, we gotta show love to the fans and that fell shorter than short. It was disappointing.”

“It’s embarrassing because obviously, I’ve worked in music for eight years,” Ritter says of Hopsin’s March 2016 diss video/song, while noting that there was never any lawsuit that accused him of “stealing money” like the song’s lyrics pointed out.

“So when business school professors hit me asking ‘What’s wrong?’ I’m like, ‘why do you even know about this?’ Am I going to make a song? He put out a song – a highly exaggerated, full-of-lies song and it looked cool and a big ordeal. Controversy sells and Hopsin definitely mastered that.”

On The Notion That He Gambled With Hopsin’s Money

In the lyrics of “iLL Mind of Hopsin 8,” Hopsin spit the lyrics, “This nigga crazy, I’m telling all of my people/He taking all of my C-Notes/See he has a gambling issue/He takes the cash and blows it all at casinos.”

Ritter broke it down saying, “Do I gamble? Yes. Do I spend more money on gambling than I should? My mother would tell you yes, too. But that has nothing to do with Funk Volume. I have never taken a dollar from Funk Volume. What I do with my money is what I do! I’m not going into Hopsin’s bank accounts and being like, ‘look what Hopsin is spending his money on.’ I play cards!”