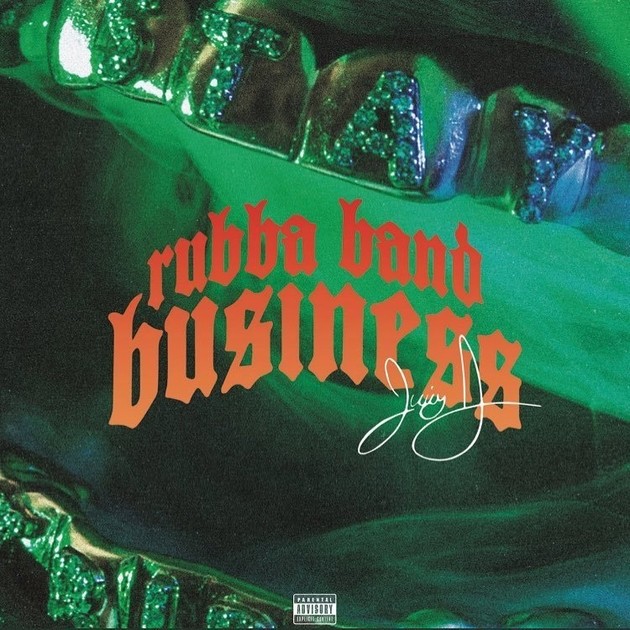 Juicy J experienced a career renaissance and found new life as a solo artist when he teamed up with producer Lex Luger for 2010’s Rubba Band Business mixtape. The Memphis legend suddenly had a new generation of fans, some completely ignorant of his Three 6 Mafia pedigree, who adored his turn-up music. The fervor for the southern pioneer isn’t what it once was in the early 2010s, which is why making an album version of Rubba Band Business right now is so intriguing. The title harkens back to that special time and not so subtly suggests a desire for a similar spark.

The zeal for freshness on Rubba Band Business: The Album is quickly dampened by some stark realities. The LP arrived well over a year after it was announced and contains no “Bandz”-level single to captivate the larger Hip Hop audience. Delays happen but there’s no effort to prevent this one from feeling dated. The inclusion of the Travis Scott-assisted “No English,” which dropped in the summer of 2016, is the most damning example of figuratively reheating a good meal that is past its expiration date. The club-friendly “Ain’t Nothing” with Khalifa and Ty Dolla $ign also has a been-there, done-that feel too since it was first released in February.

Newness aside, Juicy still knows how to make good music. No one will ever mistake him for being a skilled lyricist or thought-provoking artist (there’s a particularly groan-worthy Steve-O reference on “Hot As Hell”) but he certainly knows how to make create enjoyable records. There’s an abundance of braggadocio, and not much else, that Juicy can get away with as long as the listener is swayed by his charisma. And while he doesn’t handle any of the production here, his ear for beats elicits positive results.

Metro Boomin continues his banner year, concocting the album’s best production as opposed to Luger. The trunk rattler “Feed The Streets” sees Juicy delivering an entertaining, out-the-mud anthem over Metro’s straightforward drum pattern. Project Pat’s contribution is satisfying for longtime fans but A$AP Rocky’s verse is overkill for a song that probably should be a minute shorter with its repetitive hook.

Metro’s crown jewel is “Drop A Bag,” which channels the sinister production style of Juicy and DJ Paul. The dark and ominous production is right out of the Three 6 Mafia playbook. Juicy leans into this throwback vibe by employing one of the late Lord Infamous’ signature flows, accentuating the last few words of each line. The nostalgic trip doesn’t translate as well to the more recent mixtape era though, ringing hollow due to Luger’s reduced role and Trapaholics’ unnecessary inclusion on the intro and outro.

While Rubba Band Business: The Album is far from the iconic and groundbreaking material this man has created over his storied career, Juicy still champions a project fans of the Memphis rap legend can still find appetizing in a few morsels.