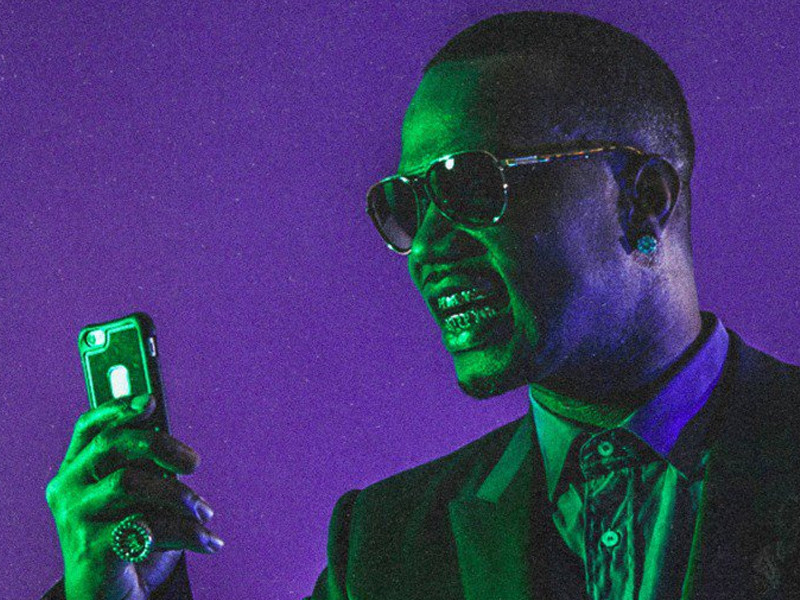 Juicy J's "Slob On My Knob" Is Trending On Apple Music

Fans of Memphis rap legend Juicy J were pleasantly surprised to see his memorable song “Slob On My Knob” trending on Apple Music on Sunday (September 10).

The record was a staple of Juicy J’s mixtape days but got a wider release on the 1999 album CrazyNDaLazDayz, the sole LP by Three 6 Mafia spin-off group Tear Da Club Up Thugs. Although the track wasn’t a chart-topping hit, it became a cult classic.

“That was a song I wrote when I was in 11th grade,” Juicy J told Complex in 2011. “I was in a history class with this dude named Papa Owens, at North Side High School.”

“Every time I perform, whether it’s Japan, Italy — wherever — I have to perform that track,” he told Vibe Magazine in 2014. “They know it, word for word.”

Fans on Twitter shared their collective excitement — and surprise — about the classic song’s resurgence. Here’s a sample of the reaction below.

Why is slob on my knob trending on Apple Music ?? I woke up to that was like hell yeah lit morning

Have no idea why Slob on my Knob is the top trending song on Apple Music but just know that it makes me very proud of this country right now pic.twitter.com/Kq3u8xTzYz

slob on my knob is trending, and here's a 2014 video to remind y'all of how important that song was to me. ? pic.twitter.com/wCS63jMGsm

The sharp rise in the song’s popularity over the last 24-48 hours might be attributed to DJ Tommy Madera. The Florida-based DJ posted the following video showing a transition between the song and A$AP Ferg’s “Plain Jane,” which pays homage to the classic, borrowing flows and even reworks some of the bars.

Likely not as prevalent a reason but still worth noting is Genius, who pointed out that G-Eazy also borrowed some game from Juicy J, reworking “Slob On My Knob” bars on his new single “No Limit” from the upcoming album The Beautiful & Damned.

No matter what the catalyst was, the song is back in rotation. If you haven’t heard it in a while or never even knew it existed before now, give it a spin.