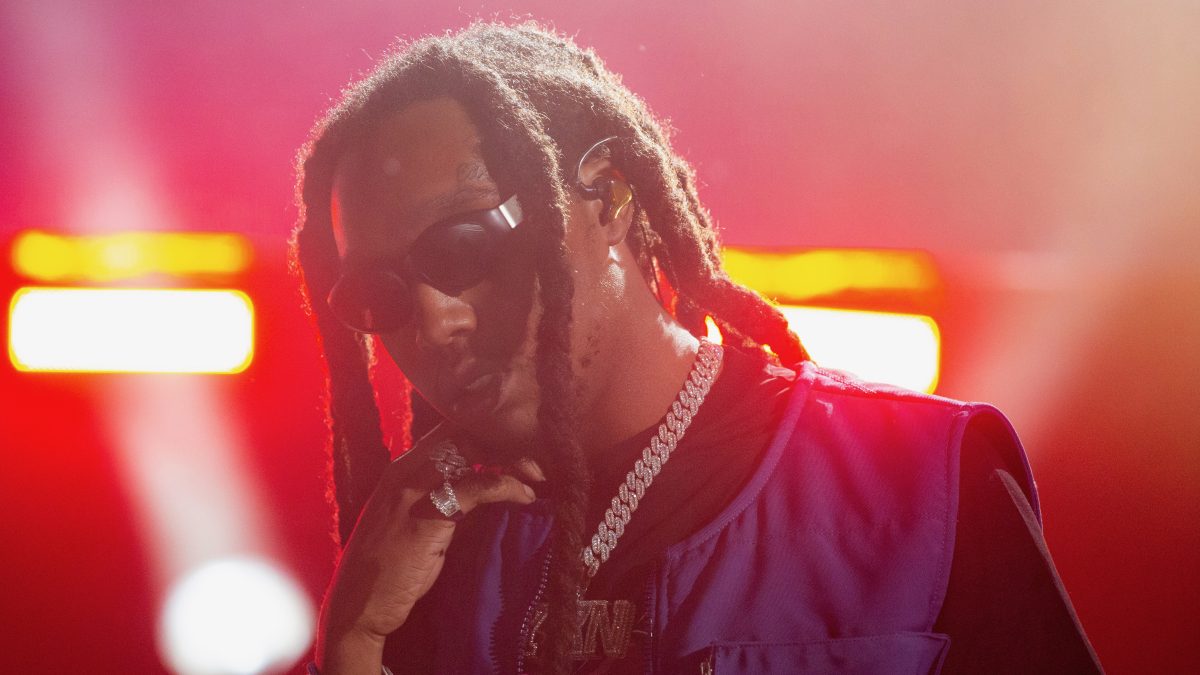 TakeOff has been remembered at a vigil put on by his closest friends and family — see footage from the remembrance ceremony below.

On Friday (November 4), multiple videos of an intimate candle-lighting ceremony began circulating online. In the short clip, the deceased Migos rapper’s loved ones congregate around each other as they chant TakeOff’s name and release a set of balloons spelling out his stage name high into the sky.

Attendees can be heard shouting: “R.I.P. [Rest in peace] TakeOff,” in addition to the phrase “Nawfside,” which TakeOff and several other of his fellow Atlanta rap peers utilized to pay homage to their upbringing on the Northside of the city.

Check out scenes from the vigil below:

Tributes have been pouring from across the Hip Hop community since the world woke to the news of Takeoff’s death on Tuesday (November 1). Authorities say they were notified around 2:30 a.m. of an altercation the 810 Billiards and Bowling in downtown Houston.

Takeoff, whose real name was Kirshnik Khari Ball, was among a group of people — which also included his uncle and Migos groupmate Quavo — watching a dice game when an altercation broke out and shots were fired.

The 28-year-old died of gunshot wounds to the head and torso, the Houston Coroner’s Office concluded in its autopsy report. Two other individuals were injured and transported to an area hospital, including Quavo’s assistant Joshua “Wash” Washington.

Gucci Mane, Killer Mike, and Joe Budden, were among the first to share their reactions to the tragic news on social media. Others including Drake, Future, 21 Savage, Travis Scott, and 2 Chainz soon joined in, posting tributes and fond memories of Takeoff.

Quavo has yet to publicly comment on the loss of his nephew, with whom he recently released Only Built For Infinity Links, their debut project as the duo Unc & Phew. They had just released a video for their single “Messy” the night before Takeoff was killed.

Offset, who had been at odds with his cousins and Migos groupmates over the past few months, reacted to the shocking news by changing his social media profile pic to a photo of Takeoff.

On Wednesday morning (November 2), a mural appeared along the Atlanta BeltLine as a tribute to the fallen hometown hero. TakeOff released his one and only solo project in the form of his debut effort The Last Rocket just over four years ago in November of 2018.