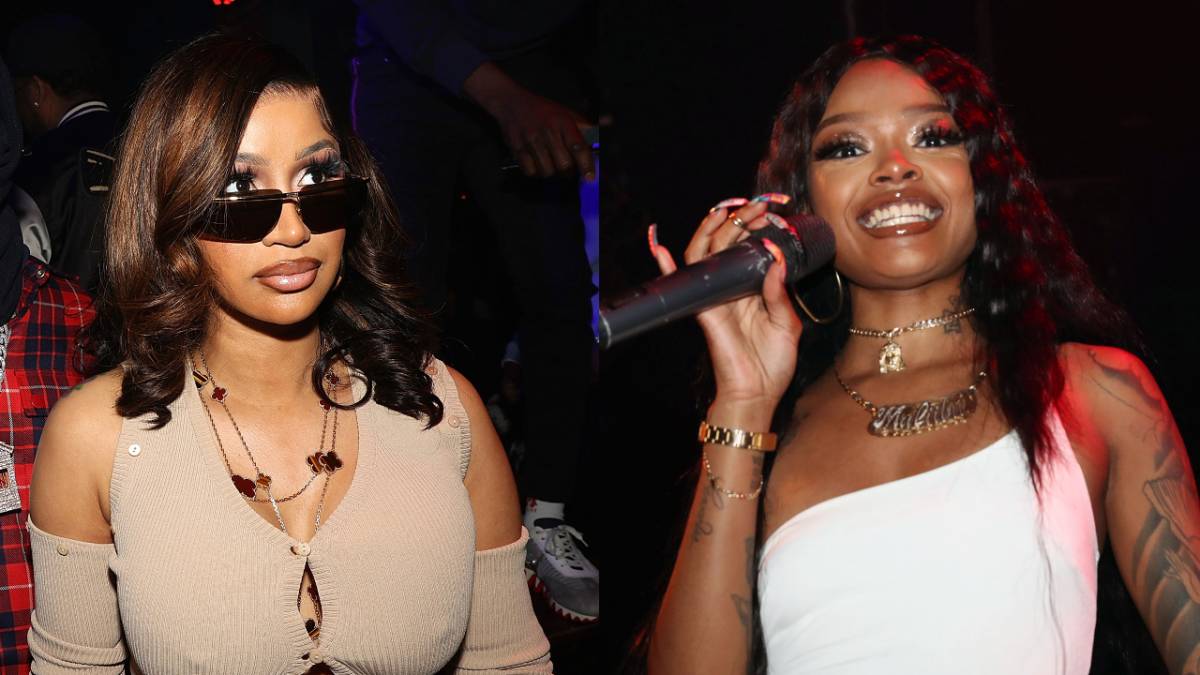 Cardi B and Maliibu Miitch have taken their Twitter feud to the streets and were seen pulling up on each other in The Bronx this week.

Problems between the two rappers began when Mitch seemingly shared her thoughts on Cardi’s recent Twitter spat with City Girls rapper JT. A fan had noted that Cardi was “targeting” everyone featured on Nicki Minaj’s “Super Freaky Girl” Queen remix, and that Miitch should “saddle up” because she was next.

Cardi B has so far traded shots online with JT and Akbar V, who are both featured on the remix.

“Loll not saddle up,” Miitch replied. “Imagine me being the retired gangsta I am saying ‘oh no someone talked about me now I have to go lay down a hot16 or oh no I was mentioned today let me go tweet my responses’ lmfaoo nah n-gga now one of us gotta die…ya know I’m from the bronx right?”

Cardi replied by retweeting a fan’s response to Mittch’s comments which read, “Lmfaoo….but Cardi the messy one.”

Maliibu Miitch then tagged Cardi B directly on Twitter, writing, “wassup? I’m not none of these bitches we kan link off the internet.” She also took to Twitter Space to further call out the “Bodak Yellow” rapper.

Cardi seemed to have called Miitch’s bluff, and tagged herself on her Instagram Story outside The Bronx’s Highbridge. Miitch then tagged herself as well, but the pair seemed to have just missed each other. The “I Like What I Like” rapper hopped back on Twitter to accuse Cardi B of cowardice.

“Waiting for only 1 hour & dipping is krazziii,” Miitch wrote in a since-deleted tweet. “I hit her earlier she could have hit me with all the details & left it off the internet it be for show…a hour tho? I had to put my fuckin fighting clothes on & get there like damn give me a heads up gangsta.”

She continued: “It’s like a grace period when u about to fight u gotta stay outside & not move!!!! not post lil videos then dip… like what type of bow challenge shit was that lolllll.”

Cardi B & Maliibu Miitch "pull up" on each other in the Bronx after Twitter feudhttps://t.co/FoC4kxW3kg pic.twitter.com/WoNXFRDQNs

Cardi has yet to respond to Miitch’s accusations, but her issues with Miitch come hours after she squashed her beef with JT on Tuesday (October 4), which all started when Cardi subliminally referred to the Miami rapper as a “lapdog,” and accused her of having a ghostwriter.

JT downplayed the ghostwriting allegations and assured her followers she writes all of her verses. She then accused her “Twerk” collaborator of ripping off City Girls’ sound.

“No you wanted our written!!! For our hooks for our sound cause you clearly have none,” JT fired back. “Ask ANY writer! I write my OWN shit!!! You know this!

“But today was supposed to be about GLORILLA! instead you called me a lap dog nah bitch ima a BIG DOG!! roof roof!”

Cardi then voiced her frustration that JT continued trading shots with her publicly.

“Didn’t I hit you back in the DM 20 minutes ago but I gotta come on the timeline for a response? And you’re mute but steady arguing here. Like I said, this shit is for show. OPPORTUNISTS,” Cardi wrote in part.

The back and forth continued for a while, but both rappers were able to reportedly settle their differences thanks to Hollywood Unlocked founder Jason Lee.

“Talked to BIG BARDI,” he tweeted. “It’s squashed and they talked it out that’s what I like to see …I hate seeing all these female rappers fighting wit each other. Both have respect for each other. Hip hop bigger than this! Yassssssss”