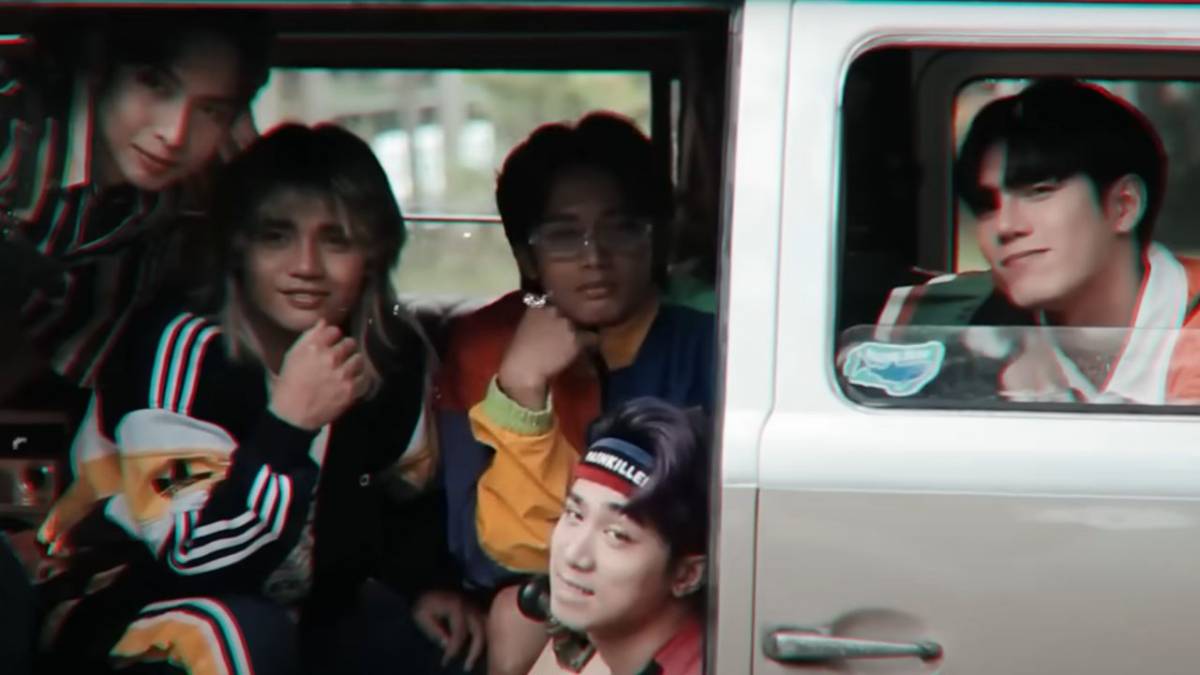 P-pop superstars SB19 surprised fans last September 25 with the first episode of their documentary series, WYAT: The Making Film. This is the first peek into exclusive behind-the-scenes footage of the making of their hit comeback single “WYAT (Where You At?).”

The series premieres a week after the group’s successful Araneta Coliseum show, the first stop on their WYAT world tour.

WYAT: The Making Film Episode 1
From recording to choreography rehearsal, SB19 prepares as they embark on the biggest journey of their lives yet.

The first episode of the documentary-style series covers the numerous preparations Pablo, Josh, Justin, Ken, and Stell had to make for their single and music video release, such as recording vocals, perfecting choreography, and even learning how to roller skate.

While we sit back and wait for the series’ next installment, here are five things we learned from the first episode of SB19’s WYAT: The Making.

The group enlisted the help of roller-skating coaches John Aldrey Matienzo and Jhon Rhy Villasan, who taught them how to balance, move around, and brake on skates. It shows an adorable montage of the SB19 boys trying to get used to skating–complete with falls, trips, and even SB19 Pablo leaving a hole in the wall of the studio they were using for practice.

When SB19 changed their profile photos and banners out of nowhere, fans erupted on Twitter trying to decode what it might mean. What followed was a series of cryptic videos ultimately leading up to the announcement of the world tour and comeback single.

Apparently, all of this began in the SB19 dressing room right before their performance on Binibining Pilipinas, the national beauty queen pageant show. The documentary shows the then-photo teasers being published on Twitter and YouTube, while the SB19 boys lurk online for people’s reactions. SB19 Justin is especially nervous, as he repeatedly refreshes the Twitter page, saying, “‘Di pa nagpapalit yung cover ng Twitter” (The cover on Twitter hasn’t been updated yet.)

Off camera, the others tell him that it was just published as they read through replies from A’TIN—their loyal fanbase.

How about a Tiktok video of our producer, choreographer, and creative director dancing to WYAT? ???

It’s no secret that the SB19 boys are very hands-on with their music, from recording to performance. The documentary gives a deeper look into just exactly how involved they are. Even while they were publishing the first teaser for their comeback, SB19 Stell comments about how he just realized they could’ve premiered their teaser video at Binibining Pilipinas. However, it wasn’t ready for release at the time.

We also get a glimpse into how he takes charge of the choreography for his fellow members. “Sometimes, ako po yung gumagawa ng choreography namin ‘pag kailangan gumawa” (Sometimes, I’m the one making our choreography if ever we need it done,) he shares in the interview. What follows is a montage of SB19 Stell directing the others around and running through the routine.

They consider “WYAT” as the perfect song for their comeback

“It’s been a long time since we last released a song […] and ‘WYAT’ is the perfect song for us to release because it’s been a while since we’ve performed and A’TIN are looking for us,” SB19 leader and WYAT co-writer Pablo says. “We’ve never really had a chance to release a new song that speaks about how we feel right now.”

SB19 Justin also opened up about the internal and personal struggles the boys experienced, especially over the pandemic. While they don’t want to keep their fans waiting, SB19 Josh shares that they had to reset.

“Kailangan namin pag-isipan nang mabuti ulit lahat” (We really needed to think twice about everything,) he continues, while talking about how they wanted everything to be perfect for their comeback, which is why the release took a while.

“WYAT” is the result of their personal hopes for the future

In the last half of the episode, the boys open up about their hopes for their careers. “I wish na ma-touch ang mga tao sa craft namin. I wish na ma-inspire sila sa story namin” (I wish that people are touched by our craft. I wish that they will be inspired by our story,) says SB19 Ken.

The others go on to talk about how they hope to go global with WYAT, and that they don’t disappoint their fans.

While a release date for episode two has yet to be announced, the end credits show a preview of them documenting their different photoshoots for WYAT. Watch this space for more updates on SB19 soon.

Watch the first episode of WYAT: The Making here: