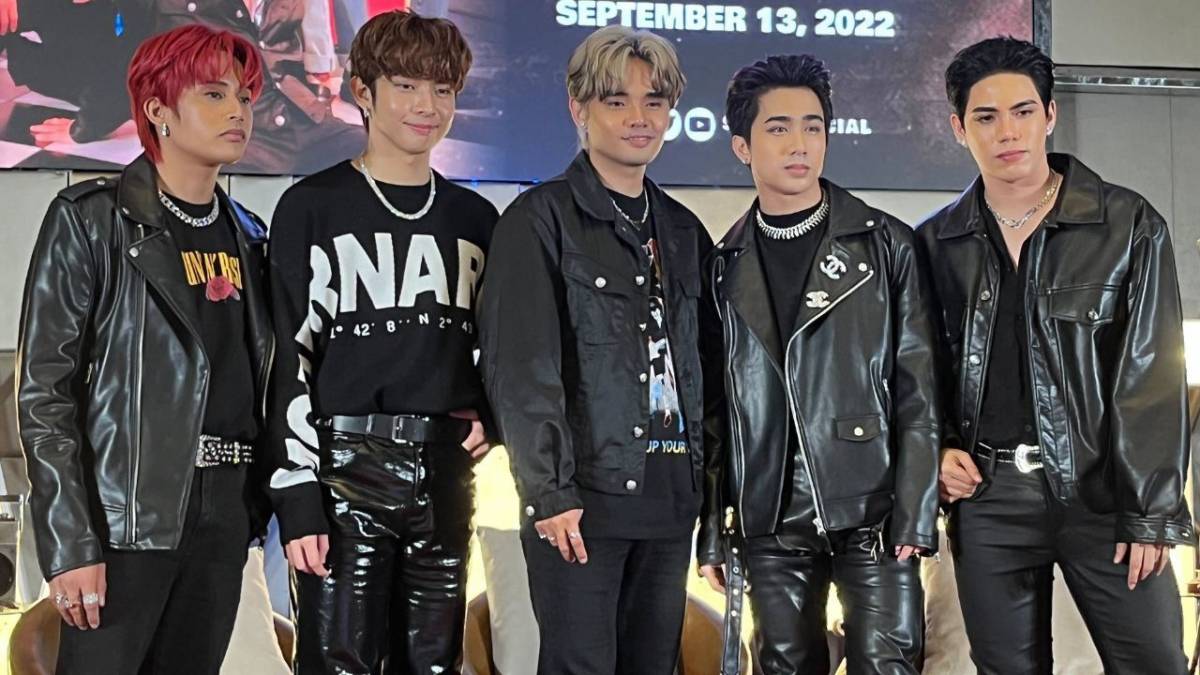 SB19 Is Ready For World Domination: ‘It’s Our Turn To Go To Them’

SB19 is ready to take over the world.

The “Kings of P-pop” are ready to kick off their first-ever world tour this Saturday (September 17) in Manila. The announcement for their tour was simultaneously released with their wildly successful comeback single, “WYAT” (Where You At).

In a press release, the quintet—Ken, Stell, Pablo, Josh, and Justin—shared that in less than a week, the disco-pop track has peaked at “No. 1 on the iTunes chart in several countries and territories, including the Philippines, Singapore, Hong Kong, Qatar, and the United Arab Emirates.” It has also charted in nine countries outside the Philippines, including Malaysia, the United States, and worldwide charts.

SB19 held their WYAT Tour Media Conference today (September 13) in support of their forthcoming tour, where the members shared their insight and inspirations for the single, preparations for the tour, and ways how they want to give back to their fans.

The boys also gushed over their fandom, A’TIN, who they share are the main inspiration for what they do and why they continue to make music.#SB19 #WYATTour #WYAT #WhereYouAtSB19 @SB19Official pic.twitter.com/yx09atjRoN

The SB19 boys took a trip down memory lane as they explained how the first version of “WYAT” was first premiered during their 3rd anniversary concert in 2020. During the pandemic, SB19 Pablo and his brother Josue revisited the song to make it the disco-pop track it is today.

“All of us are involved in all parts of the creative process,” shares SB19 Stell. “We always want to project our ideas through the craft.”

This is evident in the music video, with small details such as the use of the cassette tape and the hand sign for “I love you” in sign language that they also use in the video to mimic a plug—a metaphor for connections, a central theme in the song.

“This is also a symbol that shows our fans, to our supporters, that we love them,” SB19 Stell continues, as he shows off the hand sign.

They continue to emphasize their gratitude to both their local and international fans throughout the event, saying that the world tour is their way of giving back to their army of supporters, especially those overseas. “It’s our turn to go to them personally,” the members say.

JUST NOW: The boys of @SB19Official are gearing up for their first-ever #SB19 #WYATTour at the #WYAT Media Conference here in Araneta City, Cubao! pic.twitter.com/kBnDnNmuTG

The media conference also included a replay of the “WYAT” music video as well as the tour announcement video. To close, the boys reshare their tour dates and even tease a possible homecoming concert once all the world tour dates are sold out.