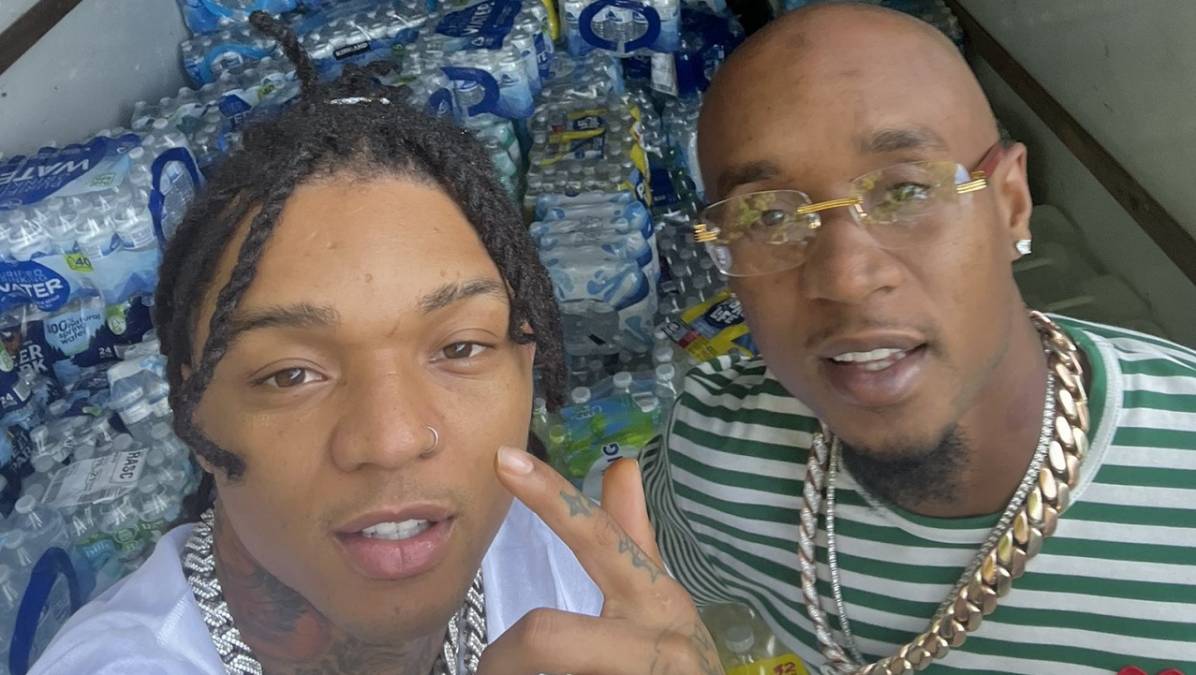 Rae Sremmurd have enlisted the support of their fans to impact the ongoing water crisis in their home state of Mississippi.

In a tweet on Thursday (September 15), rapper Swae Lee revealed the group had collected more than two trucks-loads of bottled water, to be delivered to families in need in the state’s capital, Jackson.

He proceeded to thank all those who had contributed to the drive, sharing a photo of him and brother Slim Jxmmi in front of the donations.

It’s unclear when or where the water collection initiative took place.

Filled up two trucks of clean water to send to Jackson MS thanks for all the people who came to the drive ???? SremmLife ! pic.twitter.com/IHGdBJEx5Q

Swae’s post comes days after Trae The Truth issued a call to action, encouraging all those who could to support the residents of Jackson.

“We only been seeing the water situation for past Weeks, Truth is They Been Dealing With This 20 years Plus…,” he wrote in an Instagram caption on Monday (September 12). “Anyone Who want to help or want to try to assist, they can honestly Use All The Support… Luv.”

Earlier this month, the Houston-native delivered 100 water filters, groceries and supplies to support up to 50 families. Following his visit to Jackson, he used his Instagram page to amplify the voices of some of the city’s 150,000 residents with video footage of some of their testimony.

According to CNN, Mississippi Governor Tate Reeves officially called an end to the 40-day ordeal, during which much of Jackson found itself without access to clean water.

“On Tuesday, the Mississippi State Department of Health began officially conducting tests of the water quality,” Reeves told reporters on Thursday. “They collected 120 samples for two consecutive days. We can now announce that we have restored clean water to the city of Jackson.”

However, according to a Jackson native who spoke with Trae on camera, that may not mean the crisis has been averted for all.

“I was born in ’88, I just hit 34 on the fourth of August,” an unnamed woman shared in the clip. “I promise you, ever since I been little, I remember boil water alerts. Our mama and ’em, that’s how we come up: ‘Boil the water before you wash my dishes.'”

While they found success as the lead act of Mike Will Made It‘s Atlanta-based imprint, Ear Drummers, Rae Sremmurd credit their sound and songwriting style to their upbringing in Tupelo, MS, a three-hour drive north of Jackson.