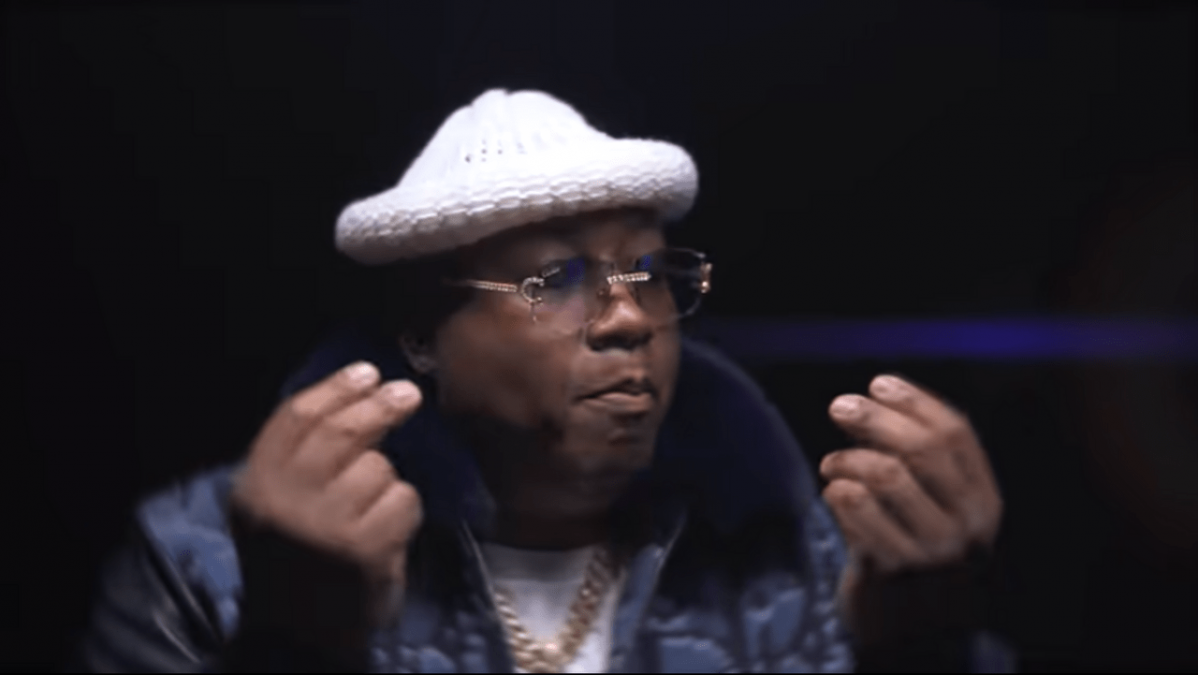 E-40 has returned with new tunes. The multiplatinum-rap legend dropped a new track on Friday (February 5) titled “It’s Hard Not To,” which features Detroit rapper Sada Baby. The new single will appear on the Bay Area rapper’s forthcoming album Rule of Thumb, and also received the visual treatment on Friday as well.

The Jae-Synth-directed video focuses on E-40 as he hits some slick dance moves and flexes a bottle of his Tycoon Cognac and $500,000 “T” pendant.  Meanwhile, Sada Baby lingers around in the background, whispering the track’s menacing hook as the beat thumps.

Rule of Thumb will be the first project from Charlie Hustle since his 2020 joint project Terms and Conditions with Too $hort. The album included features from Brent Faiyaz, G-Eazy, Larry June, Drakeo the Ruler, Blxst, Freddie Gibbs and more, and dropped right before E-40’s commended Verzuz battle.

Having graced the Verzuz stage himself, E-40 recently offered his opinions on who potentially could go head to head against Eminem in the ring, after the question was posed by Dr. Dre on January 23.

“With his style of rap, I really feel like the person that nobody wanna see in a Verzuz battle, imma keep it one-thou-wow and I love Eminem. I love this guy too to the fullest, and his talent speaks for himself. Busta Rhyme would eat Eminem in a Verzuz battle,” E-40 said during an interview on ESPN‘s Jalen & Jacoby.

“I really believe that. Busta Rhymes goes crazy, because now it’s turned into a performance type of situation,” he said. “Busta Rhyme is animated, he got gas, he rap fast, all that. He do all that stuff Eminem do and Busta Rhyme got uptempo slaps that get the party going. Anytime you got uptempo slaps you’re gonna win.”

While it remains to be seen whether Busta Rhymes or Em even consider stepping into the ring, the prospect of a head-to-head between the two MC’s is pretty exciting.

Check out the video for “It’s Hard Not To” below.