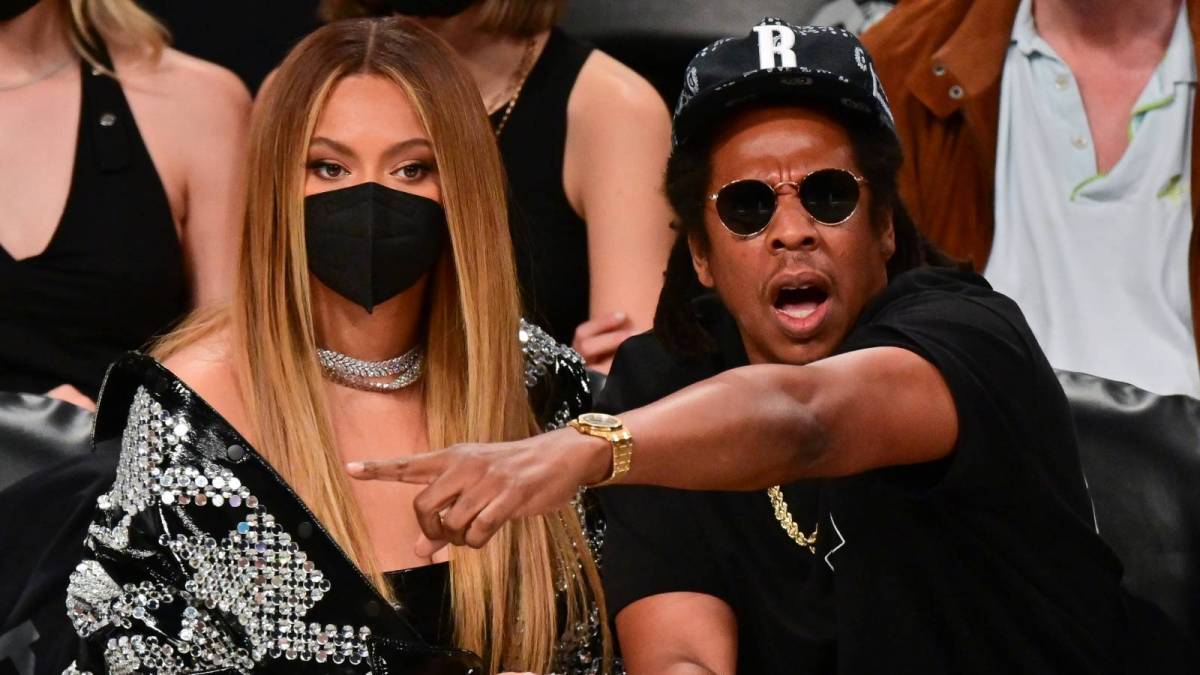 Trick Daddy became a trending Twitter topic on Tuesday (June 22) after leaked audio of a Clubhouse conversation hit the internet. In the clip, the tenured rapper offered his “unpopular opinion” on Beyoncé and quickly found out just how fiercely loyal The Beyhive is.

“Beyoncé ain’t trying to give back to music and Beyoncé don’t write music,” he said. “Beyoncé can’t sing.” But Trick Daddy wasn’t done there and set his sights on Beyoncé’s husband JAY-Z, one of Hip Hop’s most respected pillars.

“Beyoncé is to R&B what JAY-Z is to New York,” he continued. “New York lost Biggie and they needed a hero,” suggesting the March 1997 death of The Notorious B.I.G. left such a void, JAY-Z was able to easily slide in and become a success. Just in case that wasn’t inflammatory enough, Trick Daddy added a little more fuel to the fire by saying JAY-Z “never won the greatest rapper alive” title.

Of course, The Beyhive has swarmed critics for less. It didn’t take long before they were on Trick Daddy’s proverbial doorstep ready to break the door down.

Comments such as “Trick Daddy ain’t had a hit since 2004 and he got the nerve to talk about Beyoncé & JAY-Z. Man if you don’t sit your faceless behind down somewhere bro” and “I forgot Trick Daddy even existed but did somebody leave him in the microwave to long or sum cause ikyfl. like sir in 15 years no one will barley if even remember you at all worry about that instead of two people leaps and bounds more talented and successful than you” started pouring in on Twitter.

Man if you don’t sit your faceless behind down somewhere bro pic.twitter.com/ZENpAFxQj1

I forgot Trick Daddy even existed but did somebody leave him in the microwave to long or sum cause ikyfl?? like sir in 15 years no one will barley if even remember you at all worry about that instead of two people leaps and bounds more talented and successful than you??‍♀️

The Beyhive has also infiltrated Trick Daddy’s Instagram account with thousands of bee emojis and likely won’t let up anytime soon. But Beyoncé presumably isn’t co-signing this type of behavior. In June 2019, the Grammy Award-winning superstar issued a message through her publicist Yvette Noel-Schure, warning The Beyhive to move with love.

Beyoncé Warns The Beyhive To Stop Spewing "Hate" In Her Name

After Beyoncé’s loyal legion of fans went in on the wife of Golden State Warriors’ owner Nicole Curran, Noel-Schure headed to Instagram in an attempt to quiet The Beyhive’s buzzing. Alongside a throwback photo from JAY-Z and Beyoncé’s joint On The Run II Tour, she made it clear their reigning Queen wouldn’t want them to spread any negativity.

“I am looking back today at the start of The OTRII tour, one year ago,” she wrote at the time. “It was a place of joy, unimaginable entertainment from two of the best performers in the world, and a place of love. Every single day on that tour I saw love.

“Which is why I also want to speak here to the beautiful BeyHiVE. I know your love runs deep but that love has to be given to every human. It will bring no joy to the person you love so much if you spew hate in her name. We love you.”

Nonetheless, The Beyhive’s sights are firmly set on Trick Daddy for now. Check out some of the reactions below.

Well, she read TF outta Trick Daddy so I won’t have to ? pic.twitter.com/PbMmi1eCBz

Trick Daddy’s net worth is $150k… Bey & Hov’s net worth combined is close to $2 B. Why are we even entertaining his opinion…. that was offered on clubhouse… pic.twitter.com/yIygzi3Wen

On clubhouse, an app as dead as trick daddy's career.

Trick Daddy really got his ass up on clubhouse and said Beyoncé not doing music because couldn’t sing nor write. What’s his excuse for not releasing music? Sir, the difference between her and you is that she’s 20 years in the game and people still want her music.

Idk what’s funnier, trick daddy attempting to come for the Queen or the fact y’all still on Clubhouse pic.twitter.com/eZsMkYqGd3

Beyoncé is singing like this while performing in stadiums.

Trick Daddy is arguing with folks on Clubhouse.

Why are we even taking what he has to say about her seriously? Always consider the source. https://t.co/FwHNAVwQqj

Since trick daddy talking about Beyoncé can’t sing here’s a video of Khia roasting him pic.twitter.com/MMfQFVgoRI

Someone said Trick Daddy look like one of the California Raisins and now I cant unsee it ? pic.twitter.com/fhbGSktB9Y

Trick daddy. You already out here looking like the melted brownie inside of a kid cuisine dinner.

Trick Daddy’s old bitter hating ass got some NERVE coming for Beyoncé Giselle Knowles-Carter by saying that she can’t sing. He needs to NOT speak on her, and worry about his irrelevant ass music career that no one cares about.