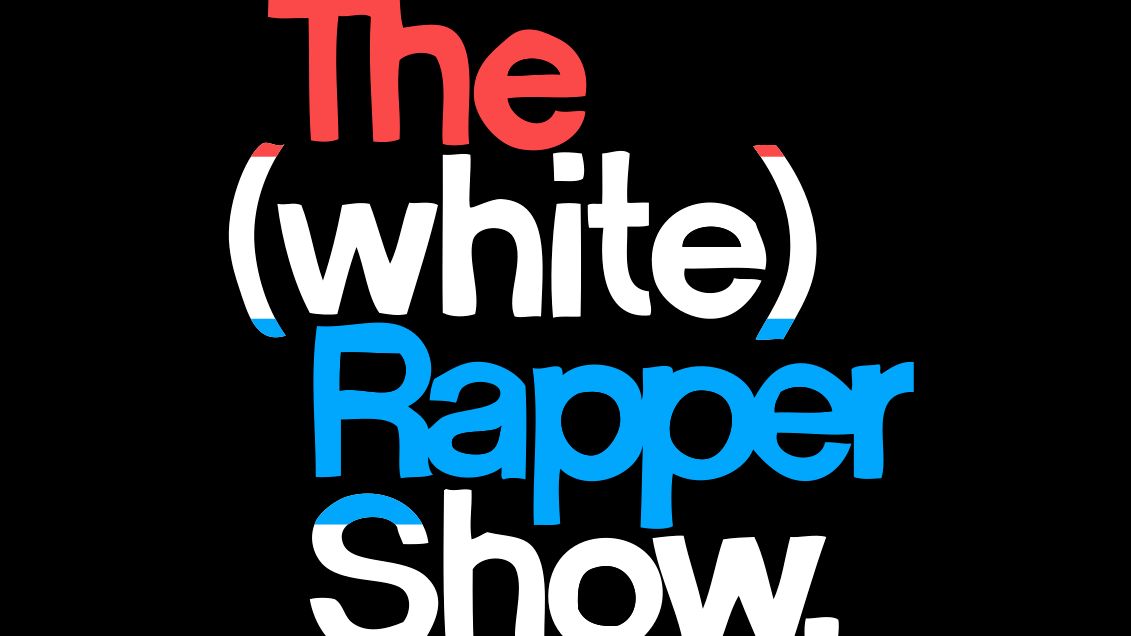 Ego Trip’s The (White) Rapper Show aired on VH1 in 2007 and ran for just one season. Hosted by 3rd Bass legend MC Serch and executive produced by Elliott Wilson and Sacha Jenkins, the rap competition series featured 10 white rappers all vying for a $100,000 grand prize from their Hip Hop-inspired digs in the South Bronx.

Throughout the 10 episodes, each contestant had the chance to rap for some of Hip Hop’s elite, including Prince Paul, Grandmaster Caz, Just Blaze and N.O.R.E.  At the end of the series, John Brown and $hamrock remained, but it was $ham who ultimately took home the prize.

Serch recently hosted a special two-part episode of the Serch Says podcast, which reunited several of the show’s original cast members for the first time in 14 years, including Jus Rhyme, Misfit, $hamrock, 100 Proof and Sullee. But half of the castmates were noticeably absent — Persia, John Brown, G-Child, Dasit and Jon Boy. For whatever reason, they were either unavailable or missing in action, although G-Child was happy to provide an update on what she’s been up to since the show ended.

With G-Child’s unabashed love for Vanilla Ice and baggy camouflage fits, the pint-size Allentown, Pennsylvania native stood out during the show — not only because she was one of only three women who could actually spit, but also because she wasn’t afraid to defend her “Ice Ice Baby” hero to the death. While G-Child is now retired from rap, she still has fond memories from the show.

“Before the show, I’d been pursuing a progressive path as an artist in the ‘alternative sub-culture,” she tells HipHopDX. “I was able to cultivate myself and gain recognition in 2001. I regularly opened locally for Vanilla Ice and played underground shows in Pennsylvania. After the show, I continued on with my endeavors. I filled a slot at the 2011 Gathering Of The Juggalos, got invited to play the Ill-Roc Records release party with Danny Diablo (aka Lord Ezec) and had features in magazines such as Urban Ink and Curve. 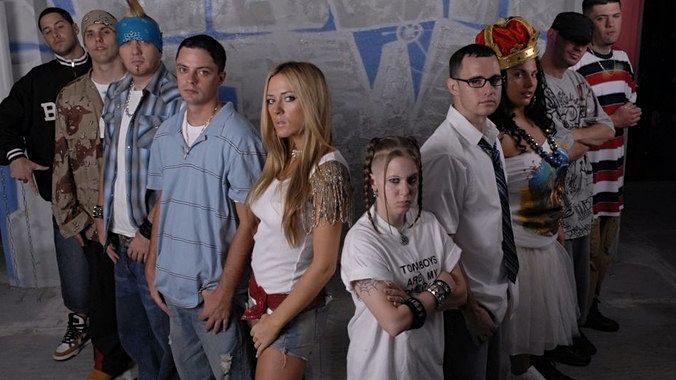 “At 21 years old, I had no idea It was just a social experiment. I’ve often wondered where I would have ended up if I hadn’t done it. I was young, naive and undiagnosed with an anxiety disorder. I hoped something good would come from the show. I basically continued to manage myself. Sure, I was famous but couldn’t seem to make a living off of it.”

She adds, “Though I’ve been retired from music for seven years, I’m always open to the right opportunities. I’m still grateful for my accomplishments. Today, I work in construction and have been the happiest I’ve ever been. The music industry can be a double edge sword. I’d like to let aspiring artists know there is no shame in having a fallback. Focus on your friends and family because at the end of the day that is true success.”

As for $hamrock, the Atlanta native continued pursuing music after the show wrapped, linking with Lil Wyte of Three 6 Mafia’s Hypnotize Minds camp for 2011’s The WyteRapper $how and 2012’s Money Green. But after Lil Wyte and his business partner split, $ham decided not to pursue a third album and instead, dove into songwriting and landing syncs for Luney Tunez’s publisher Peer Music around 2013.

“Since then, I’ve landed placements with Peer Music, major label placements with Sony Music, I got to write for my friend Brian Angel who won a spot in Bad Boy’s Making the Band group Day 26 the same year I won The (White) Rapper Show, I helped Luney write his business proposal for Vibes Studio in Los Angeles, which he has now moved to Atlanta and I have some unreleased co-writing credits with major label artists that I pray get released in 2021,” $ham tells DX. “I also formed a production company called East$ide Greenbacks with Ribah On The Beat and we have completed themes for the Atlanta Braves for Fox Sports South, as well as getting hired to produced in-game stadium sounds for the University of Florida football program.

“In 2020, I was contracted to complete a PSA Commercial for a private hospital system in Georgia called Harbin Clinic and it’s my first check other than ASCAP payments made out to ‘Irish The Pen,’ so I’m very proud of that. So yeah, I’m still active in musical creative composition and projects, just not as $hamrock the rapper. But for the right check, I could be convinced [laughs].”

While $ham had an “overwhelmingly positive, life-changing” experience on the show, not everybody felt that way. In fact, Persia didn’t respond to a request for an interview and sources close to the Far Rockaway spitter said she wanted absolutely nothing to do with it. But $ham was able to walk away with a new perspective and later realize Ego Trip’s intention was really to spark a much deeper conversation that went well beyond just rap.

“I think Ego Trip really designed the show to open people’s minds and have the conversation about the white consumer/creator space in a black music artform,” he says. “The show said a lot about Hip Hop culture and authenticity, but it also spoke about society as well in my opinion. We are just now having conversations about ‘white privilege’ that our show touched on damn near 15 years ago.

“A lot of people told me that my ‘White Guilt’ elimination rap was when they became a fan of mine. That means a lot, because I poured my heart into that moment and it’s a reminder as an artist to use your platform for powerful messages.”

Misfit — now known as DJ Devaler — was typecast as the “pretty face” of the group but would drop jaws whenever she gripped the mic. Sexism and misogyny often go hand-in-hand with Hip Hop, so seeing a model rapping came with an onslaught of judgement. Although she was sent home after Episode 2, her time on the show still opened doors for the British artist, but she had trouble fitting into the box record labels often wanted to create for her.

“After the show aired I toured the country doing a lot of press, shows, et cetera,” she explains. “I had meetings with major labels like Interscope and Atlantic all of whom were impressed with my music and look, however were unsure on how to market a ‘white, British, female rapper’ during a time when pop was dominant with artists such as Christina Aguilera and Britney Spears. So frustratingly, I was continuously encouraged to be more like them and take the ‘pop route.’

“I kept releasing mixtapes and performing, until eventually caving and agreeing to work with some producers who wrote my single ‘Miss America,’ a great ‘pop’ single. It did well, but it wasn’t my style and I didn’t write it, so I felt inauthentic and just didn’t enjoy performing a song that didn’t come from my mind and heart. Writing is my thing, I’ve written stories and poems then songs since I was a kid, so I needed to be able to have some creative input.”

After transitioning to singing, Misfit released a single called “Hitchcock Blonde” in 2017 under the moniker MisFit Dior and realized she’d finally found her niche.

“The video was inspired by my love of Hitchcock and all things old Hollywood and film noir, my music and style at this the point matched that love — it was dark and cinematic,” she explains. “I was dedicated to dressing ’50s glam daily, this music sound and style has been mine since. This is where I felt most comfortable.”

Misfit also acts and landed a small cameo in the Sex and the City movie in 2018. She’s modeled in campaigns for brands such as Nikon, B.U.M and Marie Claire as well. Six years ago, Misfit started DJing and currently plays at Nurse Bettie on Manhattan’s Lower East Side every Friday.

Jus Rhyme — who also had a Hip Hop group called AR-15 (Anti-Racist 15) — served as the show’s quintessential “nice guy” who left his Ph.D program for a shot at rap stardom. The Minnesota-born rapper made it to the seventh episode, costing him his Ethnic Studies fellowship in the process. But, the determined student went back to school, earned his degree and blossomed into an activist and successful realtor.

“I completed my Ph.D. in American Studies & Ethnicity at the University of Southern California, earned my Real Estate Sales License through UCLA and launched a global real estate network to support local, community ownership in the areas of entertainment, housing, education, politics and business,” he says. “I still rap and throw Hip Hop events to fundraise for community development projects led by local residents in cities across the world.

“The (White) Rapper Show was an incredible opportunity to meet Hip Hop legends, learn about the inner workings of the television and media industry as it relates to Hip Hop and explore the role of white people in Hip Hop critically considering their place in the culture. The show helped raise the profile of my team to support the self-determination of communities-of-color and to serve the people, regardless of background.”

Then there was the aptly named 100 Proof, whose Instagram handle is literally @halfmanhalfliquor. When he stepped into the VH1 limelight, he looked more like a disciple of Poison singer Bret Michaels than a rapper, but it made sense considering he also had a rock band. With a bandana wrapped around his head, spiky blonde mohawk and black t-shirt that read “TRASH,” 100 Proof did his best to spit Jack Daniels flames whenever it was his turn to dazzle Serch. Although he was sent home at the end of Episode 4, he still had his band to fall back on — at least he thought.

“At the time of the show, I was in a national band and, of course, the second I got back the other frontman couldn’t handle the reality show shit, so we broke up on the first show back. I took my bass player and guitar player and formed a new band the Hype, toured for a few years then just went solo and I’m still doing it today.” 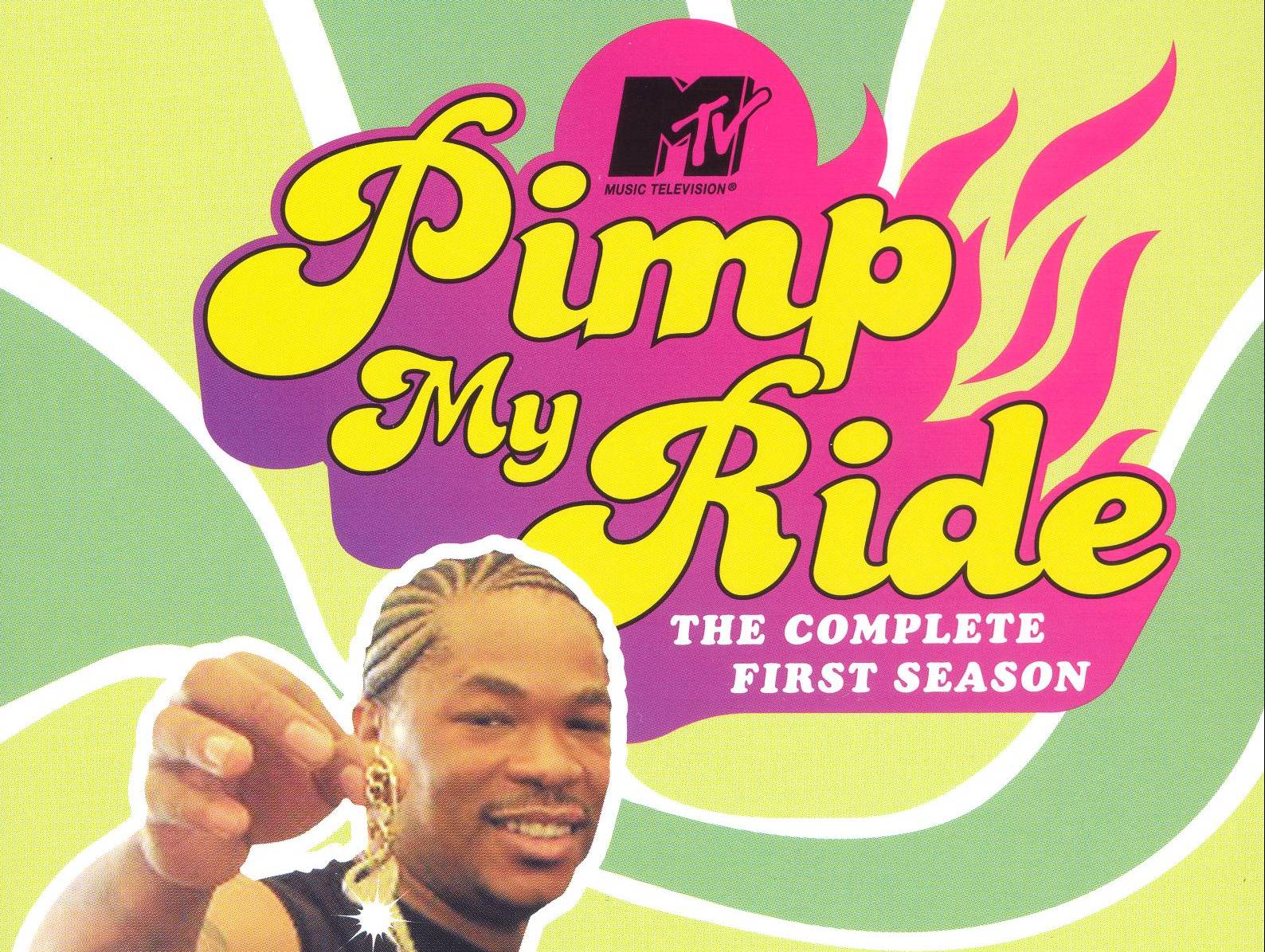 These days, 100 Proof is still doing the Hip Hop thing, but he also “saaaang sings” too.

“I’m working on a new project that’s kind of a mix between Nathaniel Ratliffe and Two Feet,” he adds. “And of course, as every other person ever on a reality show, I have a new podcast coming out called B Movies and Booze.” Naturally.

Last but not least, Boston native Sulle walked into the South Bronx house with his white undershirts, shaved head and an unwavering confidence. During Episode 5’s elimination challenge, Sullee insisted on reading his rhymes only to chuck his sneakers off mid-performance, signaling he was done with the competition. Although Serch gave him a second chance, he ultimately decided to dismiss him, bringing both Jon Boy and Sullee’s time on the show to an end.

Today, Sullee has turned into a cannabis king, taking his Talking Seaweed brand into award-winning territory.

“After the show, I did appearances, toured and worked on music with Rick Ross, Busta Rhymes, Mims, Cool and Dre and more,” he says. “After that I started working in the cannabis industry where my partner I started Talking Seaweed. I was recently nominated for Massachusetts Cannabis Activist of the Year.”

Check out Part 1 of the reunion special above and Part 2 below.