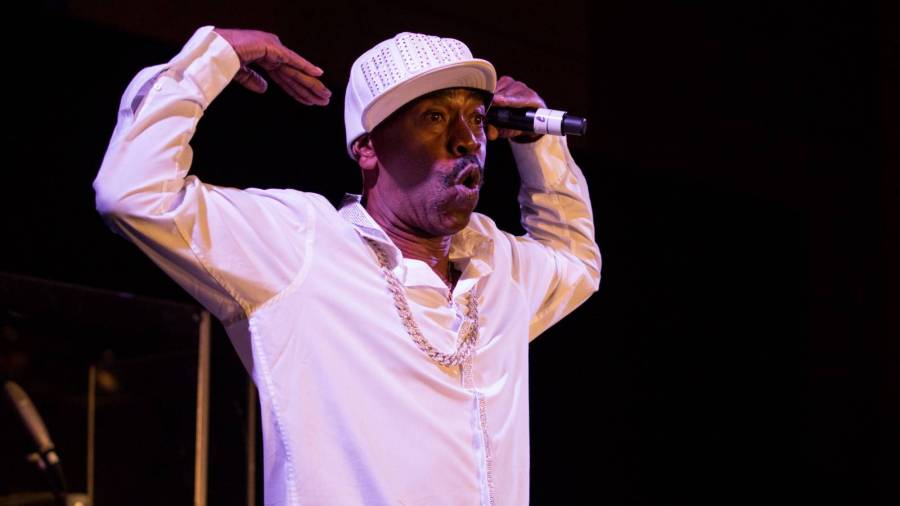 Hip Hop pioneer Kurtis Blow — who was the first rapper ever to earn a gold record with 1980’s “The Breaks” — has struggled with cardiac issues for years. But shortly before 2020 came to a close, he underwent heart transplant surgery and has been on the road to healing ever since.

According to a pair of videos from The Roots’ Questlove and Public Enemy’s Chuck D, the 61-year-old MC is in great spirits, dancing his way out of the hospital last week. In the clip, Blow is masked up and dancing to “The Breaks” as he raps along to the song.

“Mr @KurtisBlow1 thank you Godfather,” Chuck tweeted on January 6. “out of the hospital today after heart transplant.”

Questlove appeared equally as excited about Blow’s release and shared the same video on Instagram, this time with the caption, “Thank God The King Of Rap Is Home! (Brother @KurtisBlow celebrating a successful heart transplant leaving the hospital in fine health).”

Blow, an ordained minister and strong believer in the power of God’s healing, was admitted to the hospital early last month, roughly four years after suffering his first heart attack in 2016. While three Los Angeles Police Department officers were on scene to help save Blow’s life that time, he weathered a setback in 2019 when he needed emergency open heart surgery after an aortic artery surgeons had repaired dissected.

He was rushed to UCLA Medical Center and admitted into the Intensive Care Unit (ICU). After surviving that, Blow’s spleen then ruptured last March and nearly died, but his wife Shirley convinced him to go to the hospital before it was too late. Questlove & Chuck D Show Hip Hop Pioneer Kurtis Blow Dancing Out Of Hospital 1 Month After Heart Transplant

“The Covid 19 virus is crazy but last week I had another emergency surgery,” he explained in an Instagram post at the time. “My spleen was bleeding into my stomach. I went to the ER just in time because my wife made me go. I wanted to go in the morning. The surgeon said I was lucky to make it in time. They took out my spleen and saved my life. My spleen had splattered and I was bleeding internally.

“I am in recovery now and I thank God for the great physician and Dr. Jamali. The great surgeon Dr. Schriver and all the nurses and assistants at West Hills Hospital. Thanks to my wife and fam for all your prayers. Thank God for still another chance. 7 operations. A Cat with 9 lives – Amen!!”

Blow has truly earned that nickname but as he insinuated in a recent Twitter post, he won’t be going anywhere anytime soon.

“Yes I have received a healthy heart – my donor was 34 – and God is still in the miracle business,” he tweeted. “thank you everyone for your prayers!!!!”

Yes I have received a healthy heart – my donor was 34 – and God is still in the miracle business- thank you everyone for your prayers!!!! https://t.co/PIXPO8XAk4