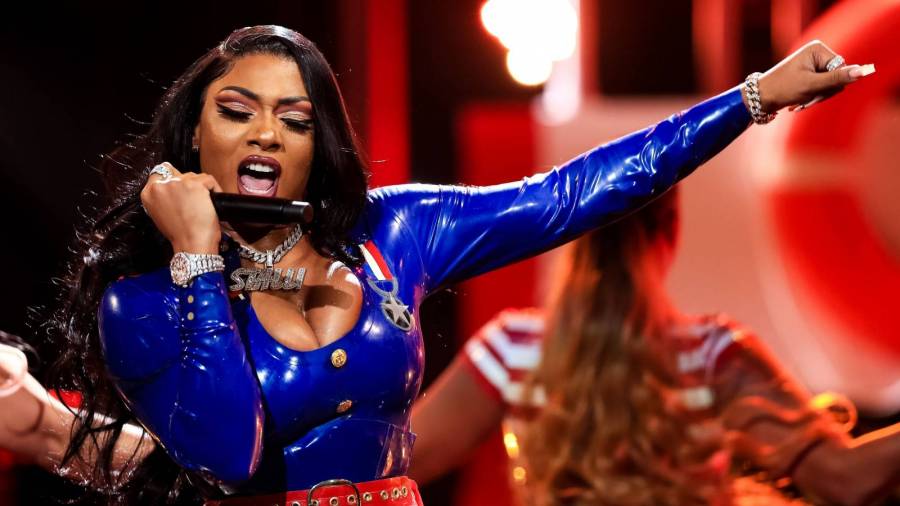 Megan Thee Stallion was evidently tired of the internet chatter surrounding her recent rendezvous at an Atlanta strip club. Fans questioned how someone who was just shot in both feet could manage a night on the town.

To shut them up, the “WAP” collaborator shared a graphic image of her injuries to her Instagram account along with a photo of herself at the doctor’s office on Wednesday (August 19).

“Lol what I have learned abt majority of the people on social media is y’all like to hear bad news before good news, a lie spreads quicker than the truth, and y’all really be believing the shit YALL make up,” she captioned the since-deleted post. “I got hit at the back of my feet because when I got shot I was WALKING AWAY FACING THE BACK. why would I lie abt getting shot?

“Why are y’all so upset that I don’t wanna be in the bed sad ? Why y’all upset that I can walk ? I got my stitches out my feet like 2 weeks ago and I was ready to go celebrate WAP going number1… I usually don’t address internet bullshit but y’all people are so sick! God was really watching over me and I’m healing so well! Sorry I’m not as sad and miserable as a lot of y’all lol but ima keep being Megan Thee Mf STALLION.”

GRAPHIC IMAGE: #MeganTheeStallion shares a photo of her foot injury and speaks her truth about her recovery! ???? Continuing to send you all the best Meg! ✨ pic.twitter.com/mPNDEvU7X7

Last month, Megan revealed she was shot following a night out with Tory Lanez and Kylie Jenner. The incident resulted in Lanez’s arrest for felony possession of a concealed weapon. But the circumstances surrounding the shooting are still murky.

According to witnesses at the scene, multiple people were arguing near a black SUV when shots rang out. By the time police arrived, the vehicle had sped off but was soon tracked down. Officers discovered Lanez, Megan and another woman in the chauffeur-driven car. As Megan was ordered to the ground at gunpoint, it appeared she was hobbling.

Not long after Lanzez’s arrest, Megan explained she’d been shot in both feet. The Los Angeles Police Department is reportedly investigating Lanez’s possible involvement in the shooting.

But Meg still managed to salvage her Hot Girl Summer. On August 7, she and Cardi B released the “WAP” single, which debuted at No. 1 on the Billboard Hot 100 and wound up making history. According to Nielsen Soundscan, the track reeled in over 93 million streams, the most for any song in its first week.