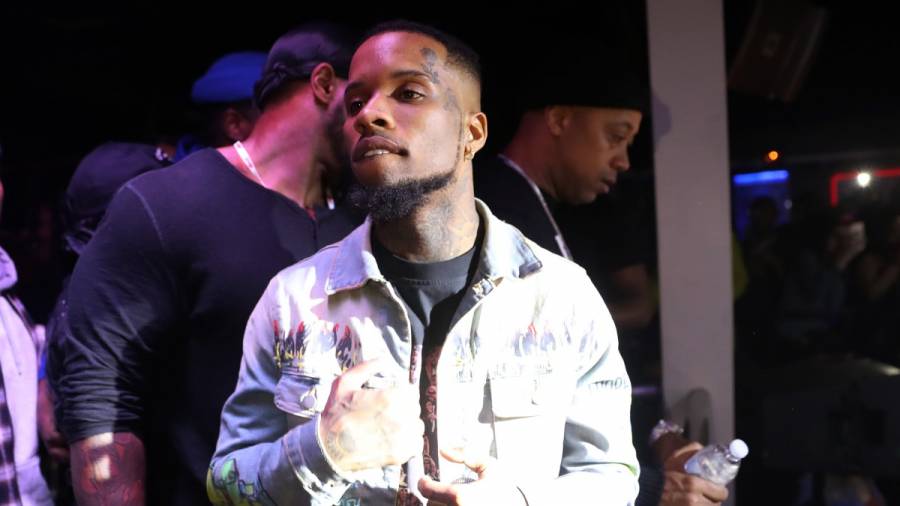 Los Angeles, CA – Tory Lanez has reportedly been arrested on a gun charge after a night out with Megan Thee Stallion.

According to TMZ, cops were called to a Hollywood Hills home in the early hours of Sunday morning (July 12) after a disturbance call. Witnesses reported people were arguing in an SUV and someone fired shots in the air before taking off, but the SUV was gone by the time cops arrived. However, they located it shortly afterward – and inside were both artists, along with one other woman.

Upon searching, police found a gun and immediately booked Lanez on a felony charge of carrying a concealed weapon in a vehicle. The report also states Megan cut her foot on what’s believed to be broken glass on the floor of the SUV.

The arrest came after what seemed to be a great night for the pair, who were seen on Instagram Live swimming with Kylie Jenner just hours earlier. Both ladies’ slurred speech suggests they were drinking, which could have played a part in the events of the evening.

It’s unclear if the pair are currently dating or just peers hanging out. Megan was last linked to G-Eazy after a video of the Bay Area rapper kissing on the H-Town hottie went viral, but they later clarified they were just friends.