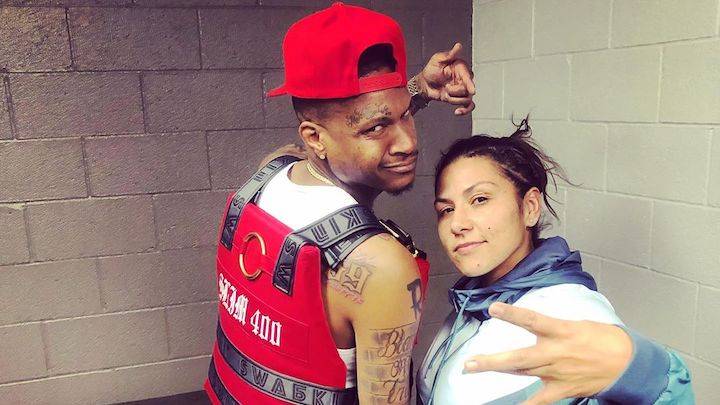 Slim 400 is taking his disdain for Tekashi 6ix9ine to a new level.

In a video shared to social media on Saturday (August 15), the YG affiliate once more reminded people how deep his feud with 6ix9ine runs as he showed off his “Fuck 6ix9ine” back tattoo, clowning the New York rapper’s recent visit to Los Angeles.

“I’m out here in Vegas ’cause bitches don’t want to be in Los Angeles,” Slim says to the cameraman before addressing his anger toward 6ix9ine over visting Nipsey Hussle tribue mural.

“Talkin’ bout ‘Do you love it?’ We don’t love you, nigga,” Slim said. “And we see you over there on that ave, nigga. Bout to beat yo ass. You lucky you is over there early in the morning like you always muthafuckin’ do. You hopped down to Chicago, early. You hopped into L.A., early. Bitch, you a hoe. And you the biggest clout chaser of em’ all.”

Slim and 6ix9ine’s issues date back to 2018 when the rainbow-haired rapper dissed Los Angeles gang culture and began beefing with the likes of The Game and YG. In November 2018, Slim 400 confronted 6ix9ine in Long Beach, resulting in a shouting match between the two but no escalation of violence.

Nip himself wasn’t fond of 6ix9ine, as revealed on the posthumous feature for Rick Ross’ Port Of Miami 2 track, “Rich Nigga Lifestyle.”

“I can’t name a fake nigga that was not exposed. How y’all niggas so surprised that Tekashi told? Ain’t a real street nigga ‘less you got a code,” the late Hussle rapped on the single.

6ix9ine’s latest trip to Los Angeles has once more reminded people he’s persona non grata on the West Coast. Singer DaniLeigh demanded he leave Los Angeles and others such as The Game and TDE rapper Reason warned 6ix9ine about his antics and to leave Nip out of it.

When spotted by TMZ on Friday (August 14), 6ix9ine gave praise to Nip before later throwing out money to a crowd of fans.

“I love Nipsey,” the “TROLLZ” rapper said. “You saw I paid respect – got on one knee. I love Nipsey, you heard? Just like you love Biggie. That’s it. That’s all.”