Los Angeles, CA – Tekashi 6ix9ine wandered into dangerous territory this week when he popped up in the Crenshaw neighborhood of Los Angeles and posed in front of a Nipsey Hussle tribute mural for an Instagram video.

On Thursday (August 13), The Game weighed in on 6ix9ine’s trip to Crenshaw and wrote, “Disrespectful [rat]. Keep playing.” Top Dawg Entertainment’s Reason added, “Aye bro it’s a video already out , you was there for 60 seconds for this and got escorted by police back to the car. Troll all you want but leave our legend out of it.”

Like many of 6ix9ine’s peers, Neighborhood Nip despised anyone who didn’t abide by street code. On the posthumous single “Rich Nigga Lifestyle” from Rick Ross’ 2019 album Port Of Miami 2, Nip sent a shot in 6ix9ine’s direction, rapping, “I can’t name a fake nigga that was not exposed. How y’all niggas so surprised that Tekashi told?. Ain’t a real street nigga ‘less you got a code.”

On August 3, 6ix9ine cited Nipsey as a reason he has so much security around. 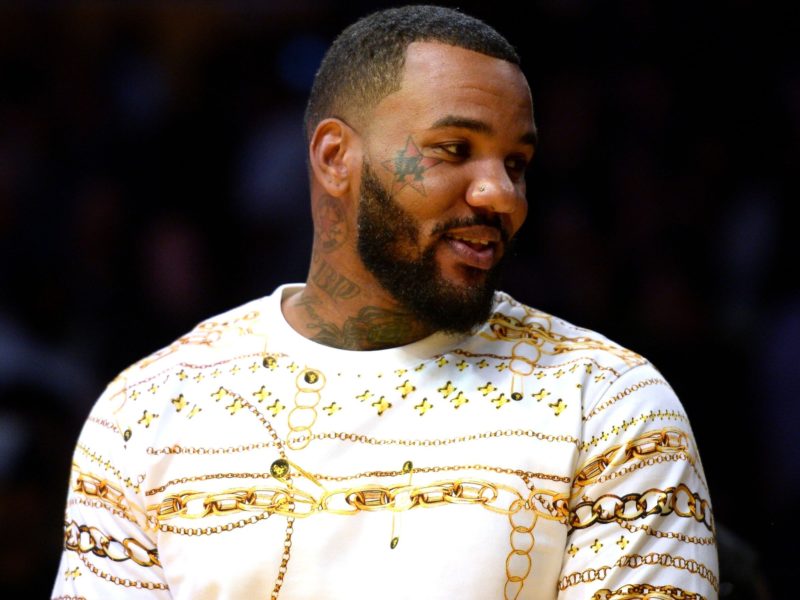 Game clearly still has issues with the 24-year-old rapper and if his message is any indiction, 6ix9ine would be wise to avoid Game at all costs.