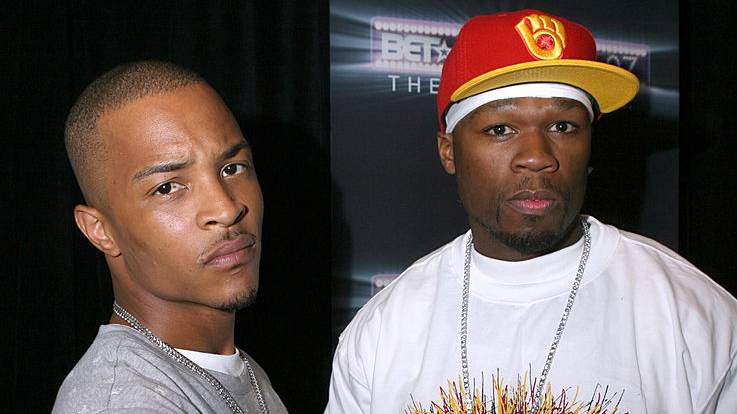 Editorial – With things moving a mile a minute, it’s easy for great songs to get buried under layers of other great songs (especially for artists with vast discographies). Here at HipHopDX, we’ve once again curated a list of non-classic gems you may have forgotten even existed — and a few you may have never heard at all.

Nas’ eighth studio album Hip Hop Is Dead was home to “Black Republican,” a song that celebrated the squashing of the iconic beef between the Queensbridge luminary and JAY-Z, which produced two of the best diss songs ever: “Takeover” and “Ether.”

Leaked before the LP dropped, the song marked the first time the two appeared on a record together and signaled JAY’s return to music, as he was “retired” at the time. In 2011, Nas revealed that he had initially envisioned Dr. Dre and Kanye West producing the track, but due to time restrictions, he went with this version, produced by L.E.S. and Wyldfyer.

2009 was a pivotal year for Drake, with the release of his breakout mixtape So Far Gone (including the hit single “Best I Ever Had“) and smashing his first sold-out concert to a hometown crowd. With all the buzz surrounding the pre-Thank Me Later MC, it’s understandable why fellow Torontonian Big Page was so amped to release this well-timed single, which playfully flips “Still Fly” by Big Tymers.

Unfortunately for Page, Drake decided to release a freestyle version the week before the official song, leading many to think the track was his. The single still made a considerable buzz on Canadian airwaves and even earned a Juno nod, but the situation rubbed Page the wrong way — and he was anything but mum about it. He openly questioned Drake, alledging he cooperated with a Toronto Police investigation following a late 2009 mugging (during which he lost $4,000 and a chain).

Aside from helping pioneer Burberry name drops and briefly birthing a high demand for bootleg t-shirts and sweatsuits, this was truly Foxy’s last major single. The remix (featuring Loon, Birdman, N.O.R.E. and her brother Gavin) was supposed to be the lead single off of her fourth studio LP, Ill Na Na 2: The Fever.

However, the album was shelved, and Foxy took a six-year hiatus. During this time, she faced label issues (including her on and off relationship with Def Jam) and served a one-year prison bid for a parole violation, stemming from an altercation with two manicurists in a New York City nail salon. Luckily for fans, Ill Na Na 2 had more leaks than the post-iceberg Titanic — and in February 2020 (17 years after it was shelved), the album appeared on streaming services.

Coming off of the success of Joe’s previous collaboration with G-Unit, “Wanna Get to Know You” (the third single from G-Unit’s multi-platinum debut Beg For Mercy), the singer dropped this well-aged bop. The single peaked at No. 56 on the Billboard Hot 100 and was his highest-charting song overall since the Y2K single “Stutter.”

The song appeared on his sixth album, And Then…. Though he released eight albums afterward, this LP was the last to achieve a RIAA certification, going gold in September 2004.

Before getting knocked for armed robbery in 2008 and subsequently spending seven years behind bars, Chicago MC Bump J was on a pretty good trajectory. This single, produced by Kanye West, garnered not only a ton of radio play but also a licensing deal with EA (appearing on Madden 06) and a McDonald’s commercial placement.

Though he had worked with Yeezy on his debut LP Nothing To Lose, politics soured his deal with Atlantic Records, making his future murky. However, since getting out of jail, he’s hit the ground running, dropping two full-length projects to date.

The Fugees were on a whole other level after the release of their Grammy Award-winning LP The Score in 1996. That’s what makes this long-lost heat rock that more sad. Featuring Lauryn Hill, it was meant to appear on (and ultimately propel) Zee’s Musical Meltdown LP — which was only ever released as a promo cassette.

After The Source magazine got their hands on it, branding it with a scathing (and frankly, an off-base writeup in hindsight) 2 mic review. His label promptly shelved it indefinitely leaving it to be later re-issued in 2013. But by then, Hip Hop had moved on.

This was the second biggest commercial record of Maino’s solo career. While the platinum single “All The Above” featuring T-Pain was the standout of his debut studio album If Tomorrow Comes…, there is something timeless about this bop — especially with summer here.

Appearing on E-40’s seventh studio LP Grit & Grind, which peaked at No. 13 on the Billboard 200, this was one of Fabolous first major Hip Hop guest spots. The song was produced by Rick Rock, who had worked with both artists in the past, producing “The Element of Surprise” (the title track of his fourth LP) and more recently Fab’s “Can’t Deny It” featuring Nate Dogg — off of his debut album Ghetto Fabolous.

The single peaked at No. 49 on the Billboard Hot 100 but dropped off the chart after one week.

The 2006-2007 season was lovely for Alabama MC Rich Boy, with his self-titled debut hitting No. 3 on the Billboard Hot 200 and taking home a BET Award for Rookie Of The Year on the strength of his breakout single “Throw Some D’s.” This was his second single — also produced by Polow da Don (who handled most of the LP).

Aside from peaking at No. 53 on the Billboard Hot R&B/Hip-Hop Songs chart, it also appeared in the Sylvester Stallone film Rocky Balboa — the sixth installment in the Rocky series.

Appearing on Snoop’s Malice ‘N Wonderland LP, “I Wanna Rock” was one of those songs that spawned endless remixes. The first official remix featured JAY-Z, the second Roscoe Dash on the chorus, Rick Ross, Maino, OJ Da Juiceman and Yo Gotti. There was also a Toronto version featuring Kardinal Offishall, a West Coast version featuring Tha Dogg Pound, Crooked I, Ras Kass and Nipsey Hussle and a Queen remix featuring Lil Kim and Lady of Rage.

Plus, ever rapper alive at the time had a freestyle on this beat. Produced by Scoop DeVille, the song spent 15 weeks on the Billboard Hot 200 — peaking at No. 41.

This song appeared on T.I.‘s fourth studio album, King — with topped the Billboard 200 in its first week on the chart. Produced by Mannie Fresh, this song served as a massive salute to it’s featured guests UGK, interpolating the duo’s regional smash “Front, Back & Side to Side” from their 1994 LP Super Tight.

The song also made a brief appearance in the theatrical trailer for the film ATL, in which T.I. starred. 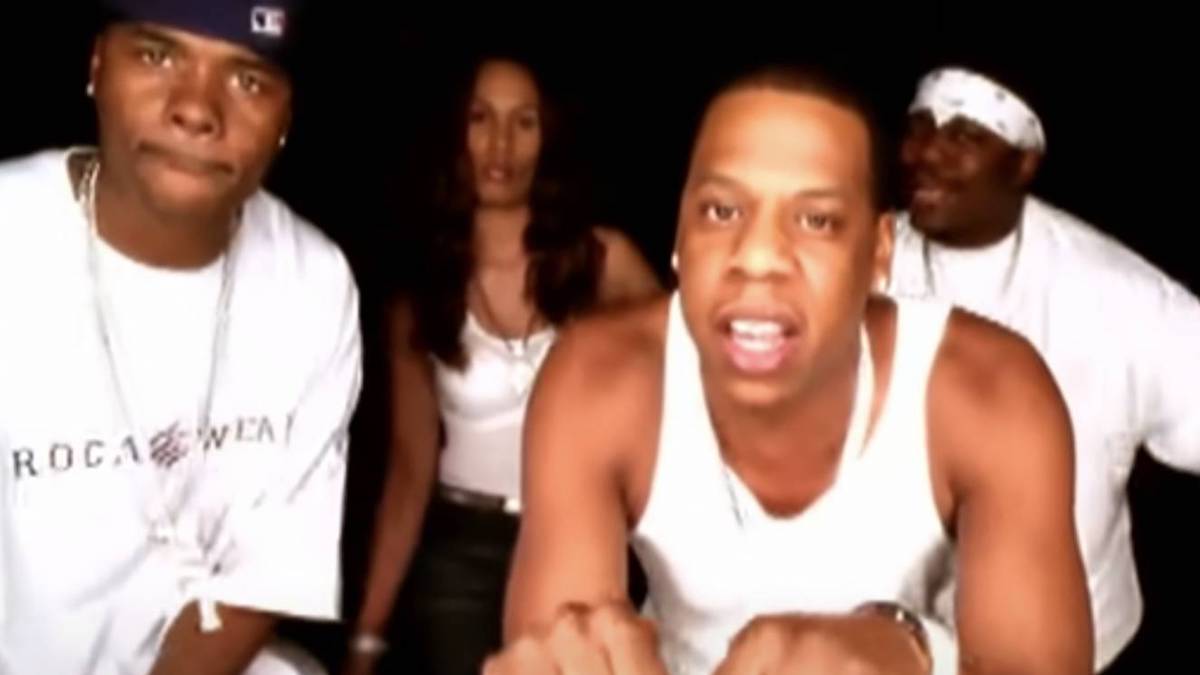 This version is actually the remix — with the original featuring just Ron Browz. Peaking at No. 22 on the Billboard Hot 100 — and achieving gold certification in the winter of 2009, this stands as the second most successful single by Jones, with the first being the international balling anthem “We Fly High.”

The track appeared on Jimmy’s fourth LP (and first under a major label) Pray IV Reign, which debuted at #9 on the Billboard Hot 200.

A few months after this song dropped, Drama released a remix titled “We In This Bitch 1.5” featuring verses from Drake and Future — marking the second time the two MCs collaborated. The first time was on a remix of Future’s “Tony Montana” a year earlier.

This is another one of those tracks that spawned countless remixes — with some of the game’s hardest spitters paying homage to names like Big Pun and Biggie Smalls. After signing to Rick Ross’ Maybach Music Group, this became his official debut and the lead single from MMG’s group LP, Self Made Vol. 1 (which debuted at No. 5 on the Billboard Hot 200).

It was top 20 on the Billboard rap chart and more than set the tone for his sophomore single “Ima Boss,” which was his first platinum track and first entry onto the Billboard Hot 100.

J-Kwon’s “Tipsy” shot to No. 2 on the Billboard Hot 100 and made the 18-year-old an overnight star — later propelling his album Hood Hop to No. 7 on the Billboard Hot 200. In many ways, this follow-up single “Hood Hop” had a lot going for it; though it reached No. 52 on Billboard’s US R&B/Hip-Hop, it didn’t crack the Hot 100 and didn’t perform anywhere near his debut.

The cards were stacked against him, and he never managed to reach the same level of relevance again. But, this song is and was a banger, a freestyle favorite and deserved way better.

This was Scrappy’s second single — and second-highest charting to date, reaching N0. 29 on the Billboard Hot 100. It appeared on The King of Crunk & BME Recordings Present: Trillville & Lil Scrappy and came with a really engaging Training Day-inspired music video starring Lil Jon, The Game, Snoop Dogg, W.C and even Terry Crews.

The song earned gold certification in 2006 — one of two solo songs to do so (“Money In The Bank” was also certified gold).

8Ball & MJG had over a decade in the game and five albums under their belts by the time they were signed on as the premier acts on Bad Boy South — Diddy’s attempt of banking in on the Southern wave. The album Living Legends was their highest charting — hitting No. 3 on Billboard Hot 200.

The album spawned three, but none have aged quite like “Forever,” which is like a fine wine. It was also Louisiana native Lloyd’s first major guest spot — with the album dropping just three days after his debut single “Southside” featuring Ashanti was released.

Produced by Pop Wansel (Kanye West, Nicki Minaj, Ariana Grande), this was the second single from Big Sean’s platinum-selling debut Finally Famous. Much like its predecessor, the No I.D-produced “My Last,” it cracked top 5 on the Billboard Hot R&B/Hip-Hop Songs — as well as reaching No. 32 on the Hot 100.

It also became his second solo platinum single. In fact, all three of the official singles from the LP managed to be certified platinum. “Dance A$$” actually went 4x plat, boyeee.

This song was inescapable when it dropped in late 2010 — and was the toast of New York City radio well into the following summer. It was the third of five singles from Bank’s third studio LP, H.F.M. 2 (The Hunger for More 2), peaking at No. 52 on the Billboard Hot R&B/Hip-Hop Songs.

Despite cracking the Billboard Hot 200’s top 30, H.F.M. 2 would go on to become his lowest-selling album (at the time). The album was said to be grossly under shipped, which took a toll on overall sales. Bank’s himself noted that he was unable to find a copy.

The well-timed Lady Gaga sample, the absolute magic of prime Common and Yeezy — and of course a young hungry Kid Cudi.It debuted at No. 51 on the Billboard Hot 100 and was certified platinum in September of 2016.

This track is, was, and always will be magical; it’s the type of feel-good that you wish you could bottle and distribute to people during these harder times.