Review: Maino’s ”Jermaine” Puts His Authenticity On A Pedestal 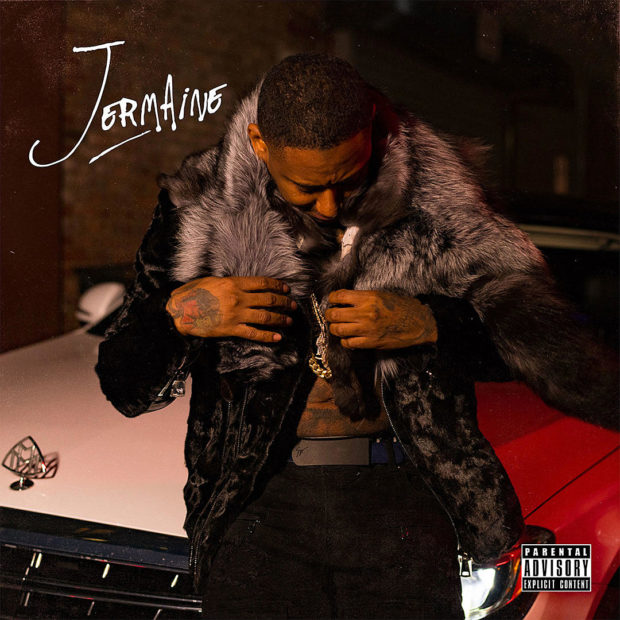 For those familiar with Maino, it’s easy to spot the consistent authenticity throughout his career, maybe even to the degree of mainstream stagnation. While those whose insight on the Brooklyn MC peaks at “All The Above,” he may have appeared to go relatively quiet for all these years. But that couldn’t be further from the truth.

Having slide under the radar since his 2012 studio album The Day After Tomorrow, he has been remarkably consistent and successful on the indie grind with lots projects and features in the streets leading up to his last major mixtape release, 2017’s Pain & Glory.

After just over a year and a handful of singles, Maino returns with the succinct new seven-song project, Jermaine.

A few of the songs had already dropped throughout 2018, namely “Like A Brooklyn Nigga,” “Choosin” featuring Emerald Sarter and Jxhines, ”Fila Velour,” and an original version of “F Boyz” — more than half of the album, actually — however the project still offers up a solid (though slightly unoriginal) listen, more so if you’ve been sleeping on him recently.

One of the major thematic points here is authenticity, as set up off the top with “Rappers,” where he calls out rappers whose image is fabricated — something Maino’s definitely isn’t. Much like Jeezy, he crafts songs filled with lifestyle and street-isms that (while a little played out) have a sense of believability about them. This theme of keeping his day one ideology intact is carried across the ode to his hood “Like A Brooklyn Nigga,” and the T.I. featured “F Boyz Remix.”

The project’s brightest moments include “Devil On My Shoulder,” which features a strong 16 from Conway The Machine, and the crown jewel “Fila Velour” — both of which were produced by DJ Boy Wonda.

On “Fila Velour,” he pays homage to both the iconic shoe brand, with whom he collaborated with for a relaunch of their Mindblower sneaker, and the street legends he grew up watching in Brooklyn — all over a soulful beat dripping with New York swag.

Curiously, Maino chose not to include “Jermaine (The Intro)” which sports a flip of LL Cool J’s “I Shot Ya.” Released in November 2018, the actual video for the song shows what appears to be the scene that was photographed for the project artwork, so the omission seems bizarre.

While not an entirely groundbreaking listening experience, at points walking the fine line of tired concepts, Jermaine is Maino reinforcing that fact that he has been able to maintain his “King Of Brooklyn” aesthetic — that of a hood legend — without having to pander or succumb to any sort of industry rules. The level of respect he has amongst other rappers is apparent, and having recently handed out 700 jackets in his community, he evidently remains a man of the people.