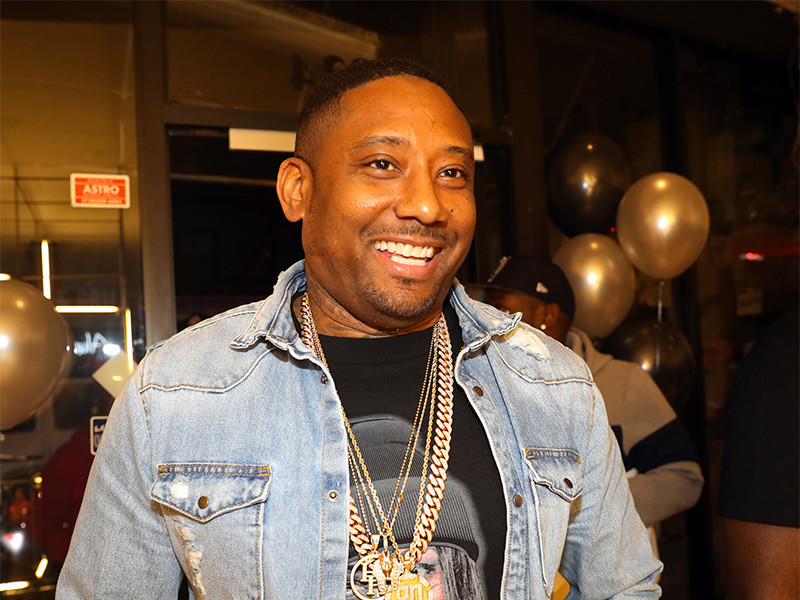 Maino has balanced his street credibility with radio-friendly singles like “Hi Hater” and the platinum-certified “All The Above” since his emergence in 2009. He’s built his name by telling his troubled personal stories while keeping New York’s inner-city spirit alive. It’s a notable approach since so many of his NYC peers acquiesced to the market demands of Southern Hip Hop production motifs and minimized lyricism.

Through two studio albums and 13 mixtapes, Maino has continued to grow his artistic endeavors, expanding his reach into acting and sneaker design.

DX caught up with the 44-year-old to talk about his new Fila Mindblower 2.0 sneaker collaboration, what to expect from his new Jermaine EP and how he wants his actor career to progress.

HipHopDX: You made a recent visit to the New York Stock Exchange. What brought you there?

Maino: The stock exchange has their own network called Cheddar TV. They interview people from time to time based around business, fashion, stuff like that. They don’t really do interviews with rap artists, so that was a big look for me. We got the chance to talk about my ventures that go on, not just for music, but just in general — including my new sneaker, which is dope.

DX: The original edition of Fila’s MindBlower sneaker was released in 1995, and Fila has always been a popular brand in Brooklyn. Is this why Fila chose you as the only rapper for marketing this sneaker’s reissue?

Maino: I started collaborating with Fila based on my own movement. If you understand anything about Brooklyn, you know Fila is kind of like one of those brands we actually love in the streets. Around the summer 2016, I came up with the idea to wear all Fila the whole summer. Partially, I wanted to see if I could move the needle as far as influencing people that they weren’t already doing. I wanted to see if I was one of those guys who could do that.

What started to happen was that when we started growing that campaign, we were posting pictures and videos of us wearing Filas [sneakers], Fila sweats, Fila hats. People started to jack it, and they would come into stores and say they saw Maino wearing it, so it started to speak. It was because of that I got introduced to Fila corporate, and we started to develop a relationship because we started to actually spike the sales in the Northeast. It was a win-win. Then, they approached me about designing my own version of the MindBlower. So, here we are today with my own version.

DX: The Mindblower 2.0 design looks like a cross between the first edition of the Grant Hill low Fila sneakers in 1994 with some resemblance of Brooklyn-style camouflage on it.

Maino: Yeah, well, the camouflage to me is universal. You have people that love camo and are from all walks of life. No matter who you talk to, or where they’re from, I’m sure they have some piece of clothing that’s camo print. I wanted to give it an urban feel but a classic look. I want it to look like Brooklyn and something that people will respect. I didn’t want to make it overly loud but neutral, something that everyday people can wear. Not too many different flamboyant colors yet respectable. Black and grey, black and stone, that’s a pretty neutral color for anybody in any season.

DX: This seems to be meant to reintroducing Fila to a new, younger generation of sneakerheads. Is that your target audience?

Maino: I know there is a disconnect between the really young kids. But, I do know there is a nostalgic feel and love for Fila from a lot of people whether they are in the age group of 25 and over. They have been doing really well as far as re-introducing themselves to a newer, younger demographic. So, I didn’t focus on that because I knew that people would connect with the sneaker and people who just weren’t.

DX: You have a new EP out called Jermaine. What’s makes this different from your album Party and Pain released last year and your other projects?

Maino: I usually don’t stray too far away from what I’m good at, which is Party and Pain and music that you can vibe to and feel. My biggest song is “All The Above,” which is a song that may be inspirational to some, but for others, they can party to [it]. There is a bit of everything on there. We got the single out now called “Fuck Boyz” and you got a couple other gems.

DX: Over the course of your career, you’ve gone from rapper to pitchman to actor.

Maino: I appreciate the art of acting and I respect the whole [film] industry. A lot of people may think that it’s easy, but it’s really an art. I’m definitely looking into doing it more. I’m working with [director] Benny Boom and Irv Gotti for TALES on BET. I’ve done some independent stuff and some other stuff that’s coming out this year.

DX: What was it like dramatizing that infamous Quad Studios shootout scene in All Eyez On Me where you played the man who gunned down Tupac? Were there a lot of takes or was it so natural playing that role that it didn’t require many to do?

Maino: I had to do a lot of takes. It’s not that it didn’t come naturally, but it’s the camera angles, timing, point of views. So, you can kill it every time but it still doesn’t matter because you have to reshoot it every time.

DX: A lot of rappers put their personal stories and other people’s experiences in their lyrics. Do you feel that venturing into acting was a natural progression for you?

Maino: Anything that I want to do, I try to learn as much about it as I can. Even for the acting thing, you have to respect the craft by taking acting classes. That’s the way to go, and I’ve done that. Even though it may seem natural, you have to take these steps to make it easier for yourself.

DX: You’ve been critical of past biopic films about Biggie Smalls. You and him are from the same Bed-Stuy neighborhood in Brooklyn and came up during the same era. Do you have any suggestion about the upcoming film City Of Lies about his life and murder case?

Maino: I’m not really sure if this story will showcase Biggie’s life or not. I believe it’s going to be more about the dude Russell Poole’s investigation and his findings. What I’m interested in is seeing what the LAPD has been hiding for the last 21 years!

DX: There are a lot of rap fans who label you as a New York club rapper. Do you feel that you’ve been pigeonholed and have to prove yourself a lyricist?

Maino: I do feel like I’ve been boxed or tried to be boxed to a certain degree. But it’s like anything in life, it’s about proving, and you gotta continue to prove things. Everybody’s roads are going to be different. I can’t complain about it because I’ve banked and my life’s beautiful.